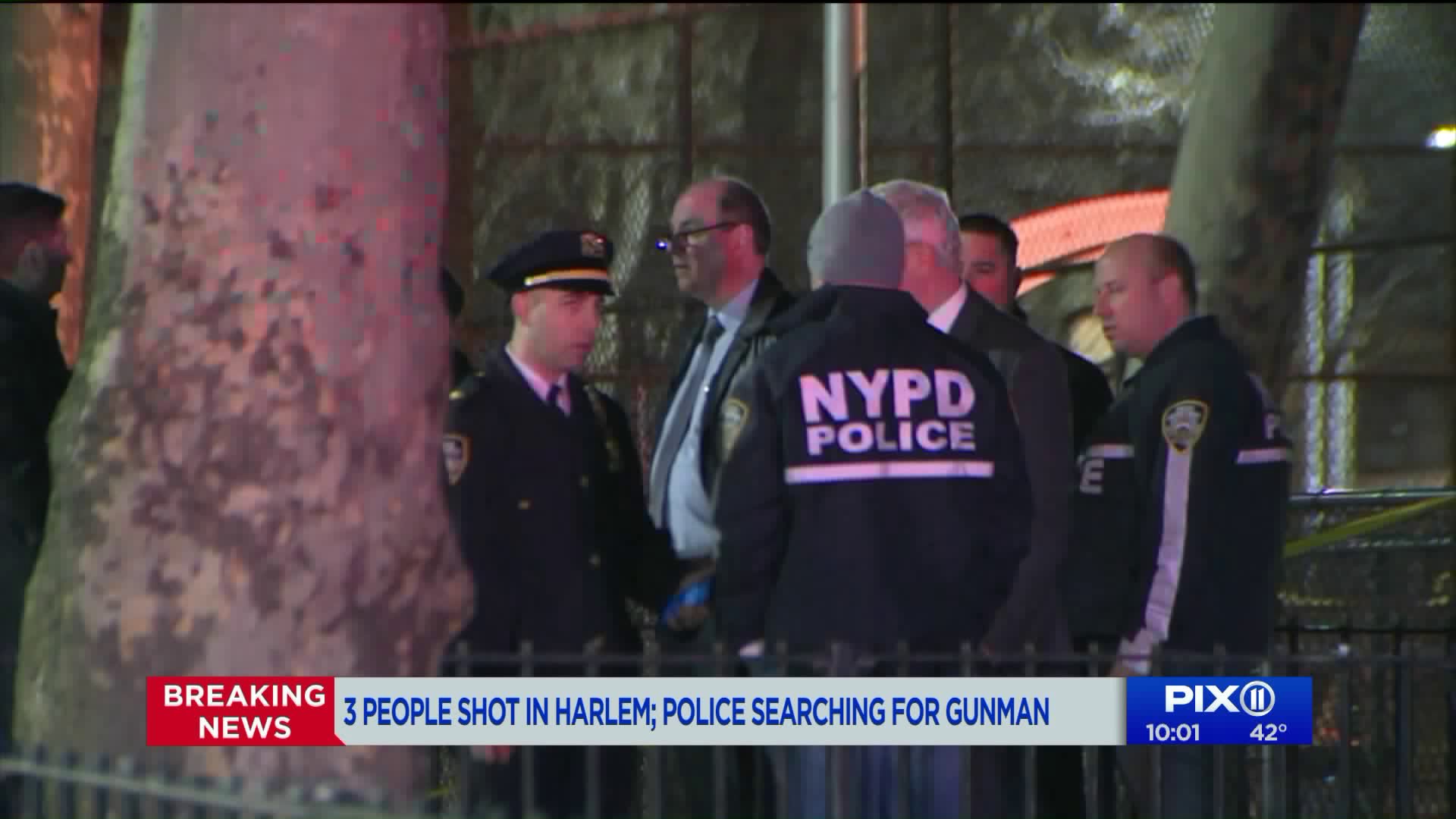 Police are investigating a possible gang-related shooting in Harlem that left three men wounded. Police say a 23-year-old and two 18-year-olds were taken to area hospitals with non-life threatening injuries.

They were hurt on East 112th Street near Third Avenue, officials said. Police say a 23-year-old and two 18-year-olds were taken to area hospitals with non-life threatening injuries.

It could be a gang related shooting, police said. No arrests have been made.

One person was taken to NYC Health + Hospitals/Harlem and the other victim was taken to Mount Sinai St Luke's, an FDNY spokesperson said.

No identifying information was immediately available for the victims.