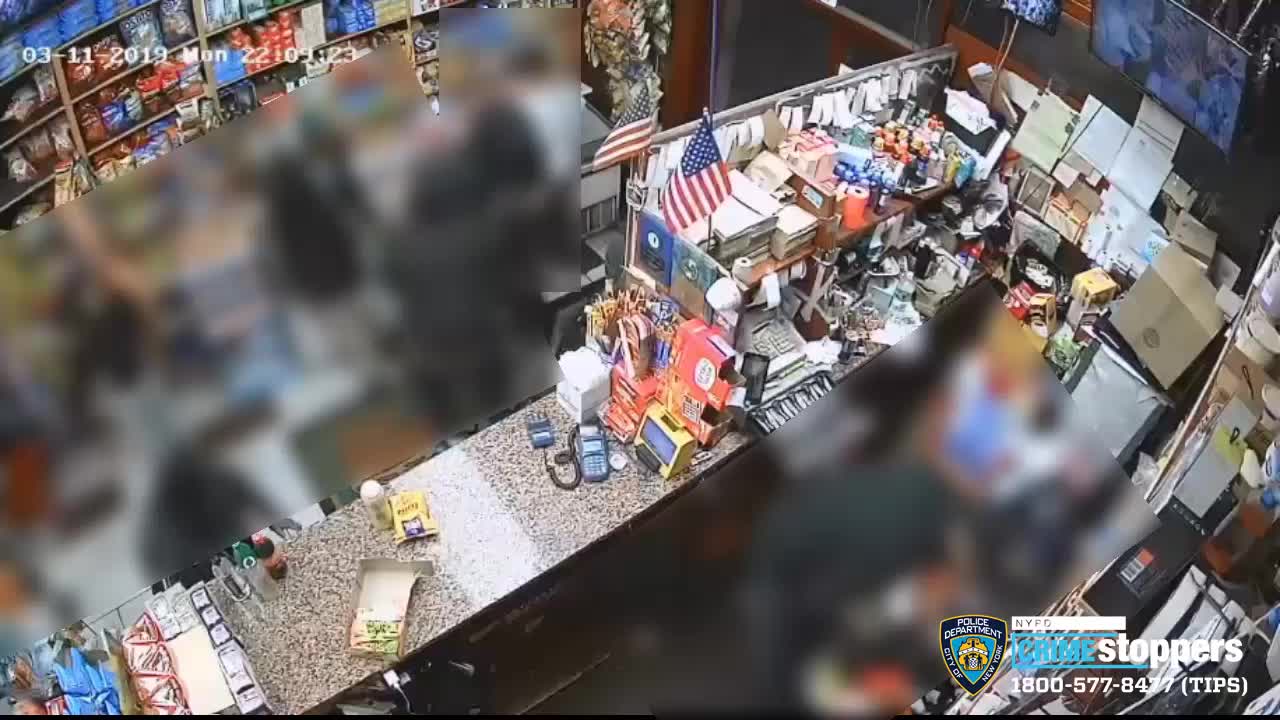 CONEY ISLAND, Brooklyn — Police are looking for the group involved in a stabbing at a bodega in Coney Island Monday night.

At about 11:10 p.m., a man who was accompanied by three others entered the Sea Side Deli along Surf Avenue and West 30th Street and followed two men toward the back of the store, police said.

Inside the bodega, one of the men began to wave a knife and stabbed a 19-year-old bystander once in the back, according to police.

After a brief dispute, the group fled the location in a black Nissan Maxima, police said.

The victim, who is believed to be an unintended target, was taken to Coney Island Hospital for his injury and was later released, authorities said.

Surveillance footage shows the group walking into the bodega, with customers in the store running away and hiding behind the store counter to avoid the situation.