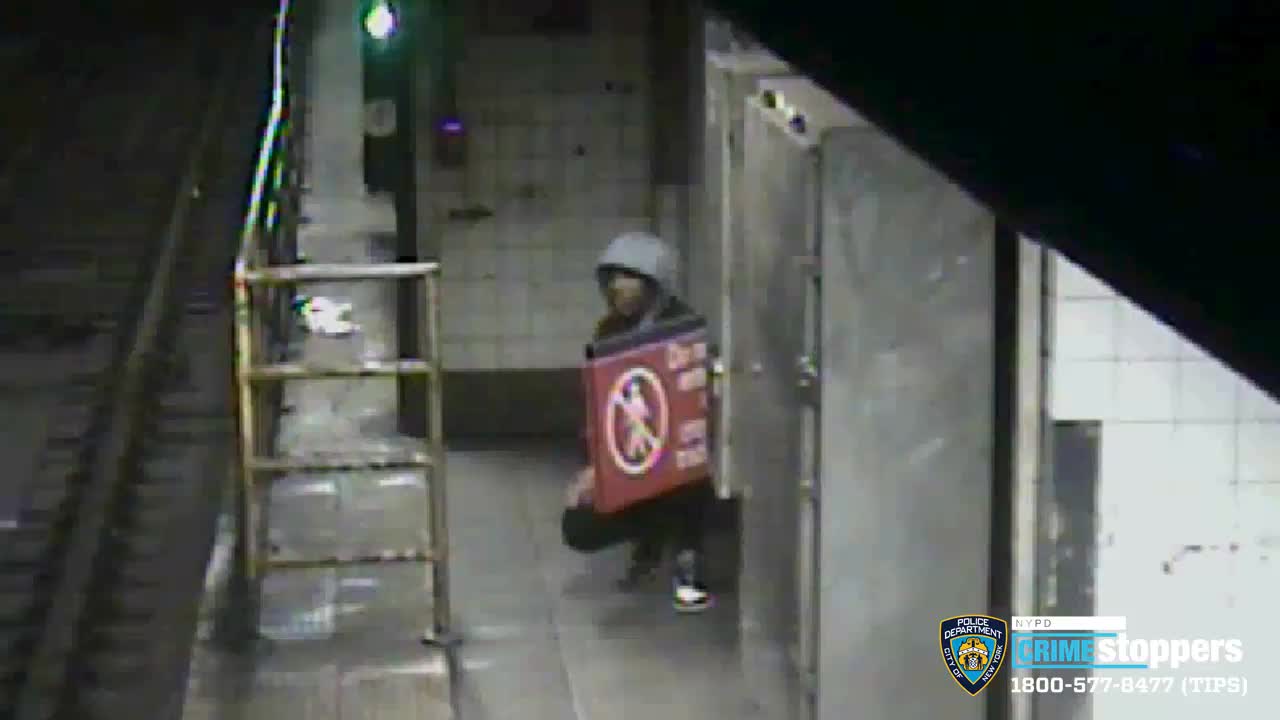 MANHATTAN — Police are looking for the woman who allegedly kicked and robbed a man at a Manhattan subway station early Monday.

The 62-year-old victim was standing on the northbound platform at the 42nd Street and Eighth Avenue subway station when a woman snatched his cell phone from his hand and fled just after 1 a.m., according to police.

The victim chased after the woman, but she kicked him down and ran in an unknown direction, police said.

The victim was not seriously injured, police said.

The person wanted for questioning is described to be a woman in her late teens or early 20s, 5-feet 10-inches and was last seen wearing a black jacket, gray hooded shirt, and multi-colored Nike sneakers.

Surveillance video released by NYPD shows the person in question hiding at the end of the subway platform.