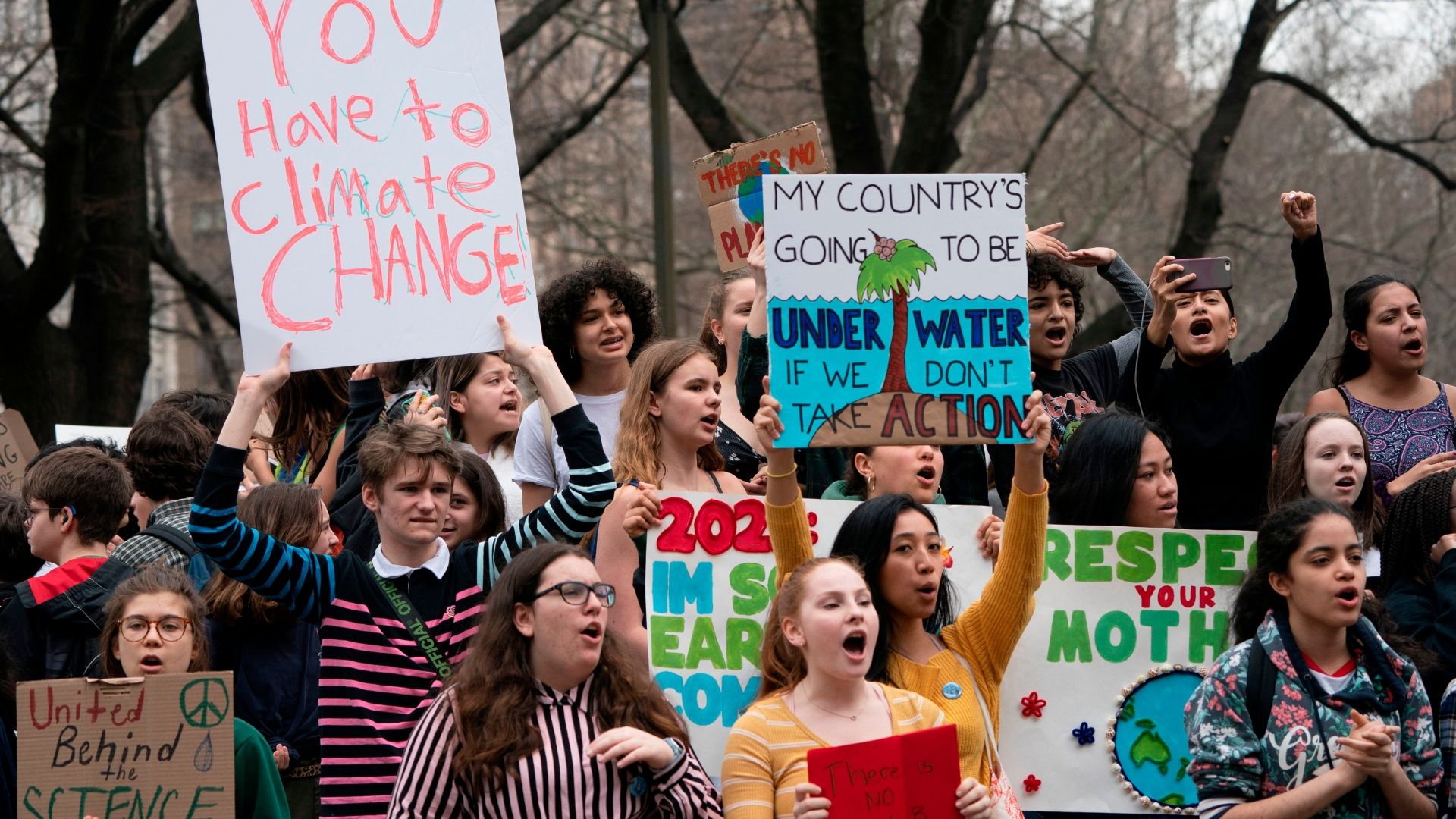 Students from around New York City walked out of schools today, joining a global protest over climate change and spurring rallies in the Bronx, Washington Square Park, the Upper West Side, and Columbus Circle.

Students across the city walked out of class on Friday to strike against climate change, calling for immediate action by the government.

The walkout was part of a nationwide and global day of action.

First thing Friday morning, student marched out of the Bronx High School of Science and crossed the street onto the Harris Field chanting.

“Change is coming, whether you like it or not,” one rally leader said. “The duty of that change has been left to us and we have no time to waste!”

Flanked by sign-wielding elementary school students, the NYU crowd called for the adoption of the Green New Deal, and for their school administrators to divest from companies with ties to the fossil fuel industry.

“We are going to put our money where our mouth is and get stuff done,” said one NYU student.

The biggest rally of the day came last, when thousands of students, representing schools from every corner of the city, converged on Columbus Circle to send one final message.

“We want climate change to be at the forefront of the Democratic campaign,” said a LaGuardia High School student. “This should not be a political issue, it should be a human issue, a planet issue.”

There have been reports that some students protesting on the Upper West side were arrested for blocking traffic.