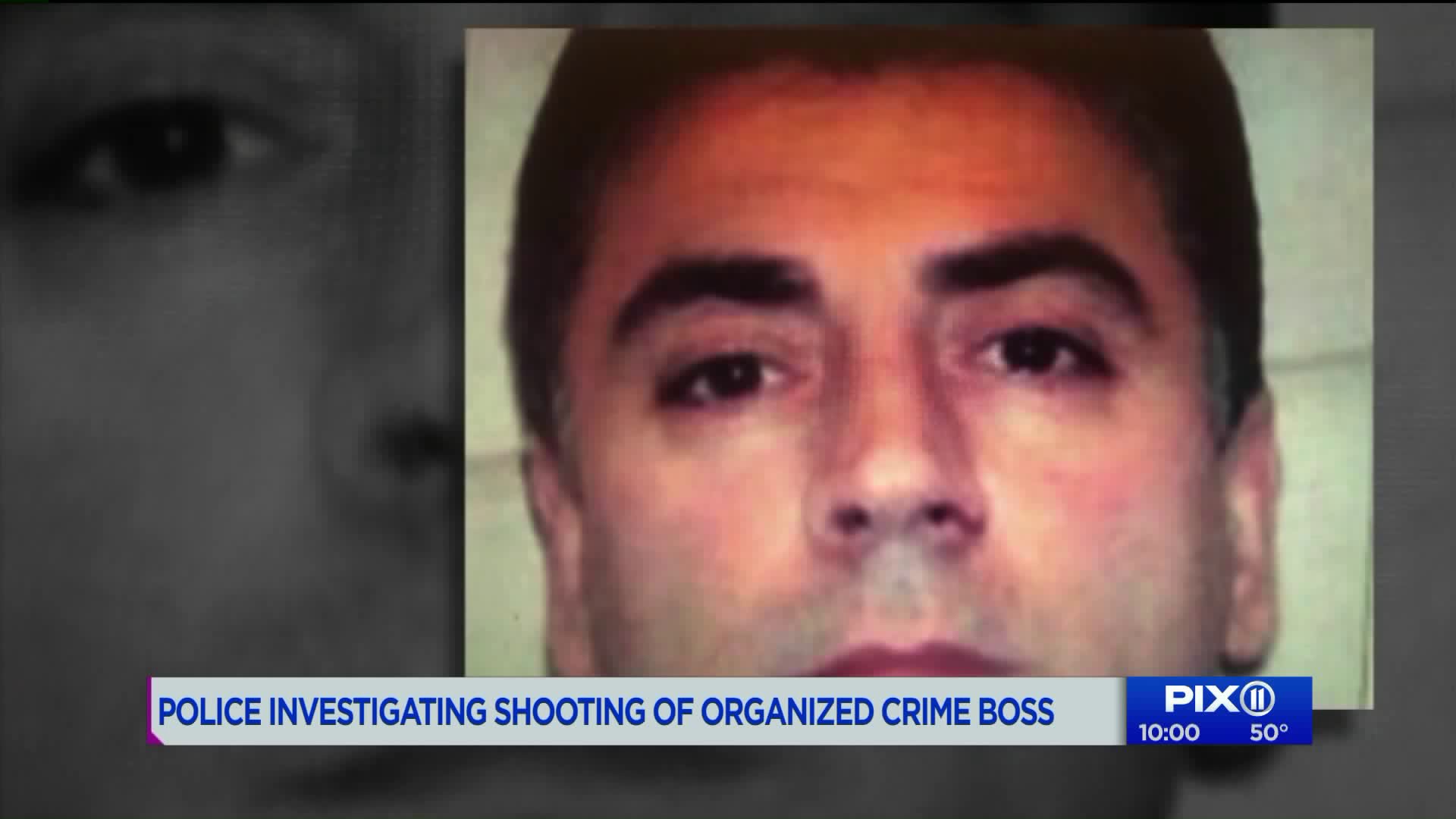 Police said Thursday they were reviewing surveillance-camera video of the attack on Francesco "Franky Boy" Cali, 53, who was gunned down Wednesday night at his red-brick colonial-style house in a quiet Staten Island neighborhood. The assailant sped off in a pickup truck, police said. No immediate arrests were made. 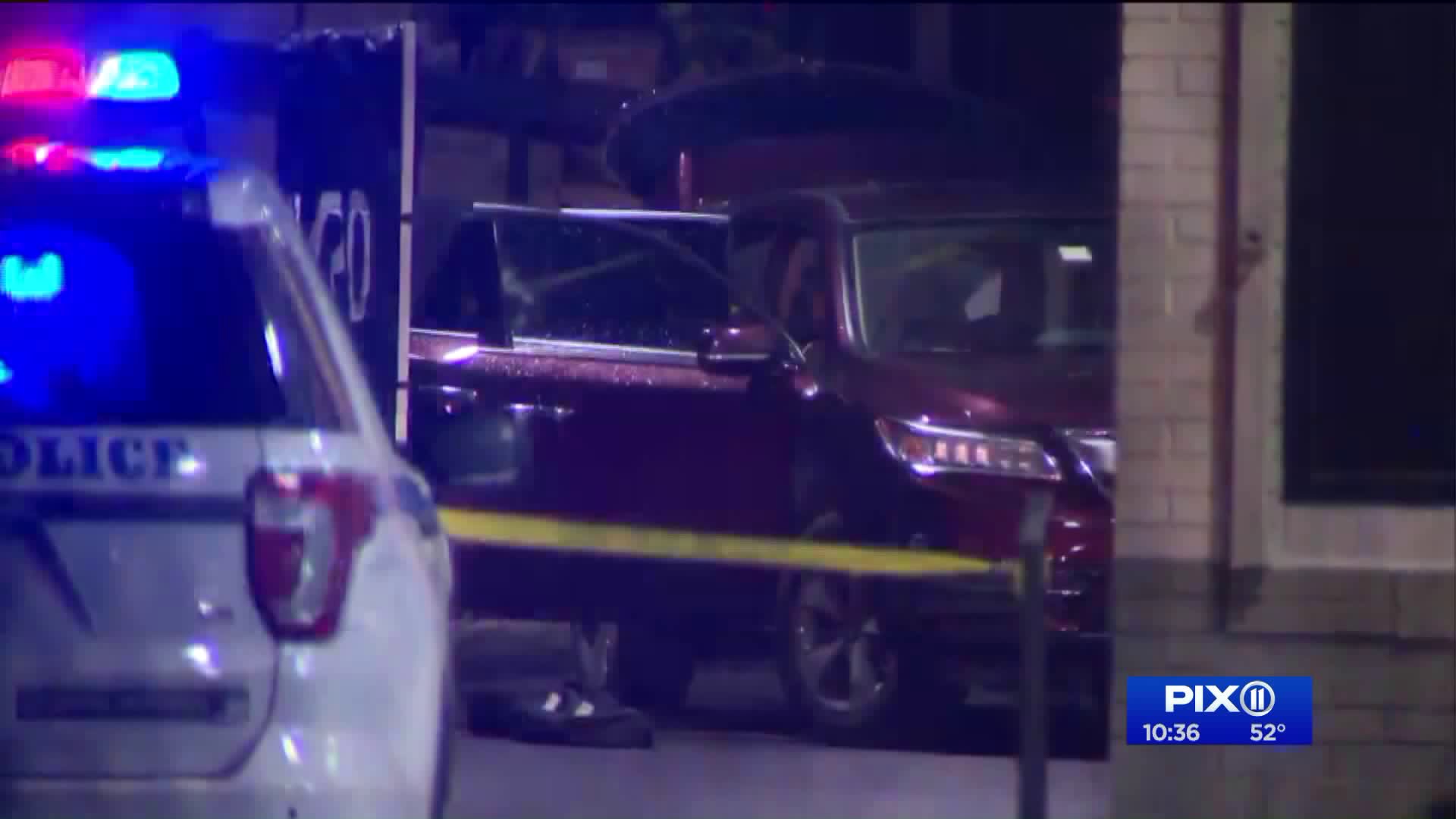 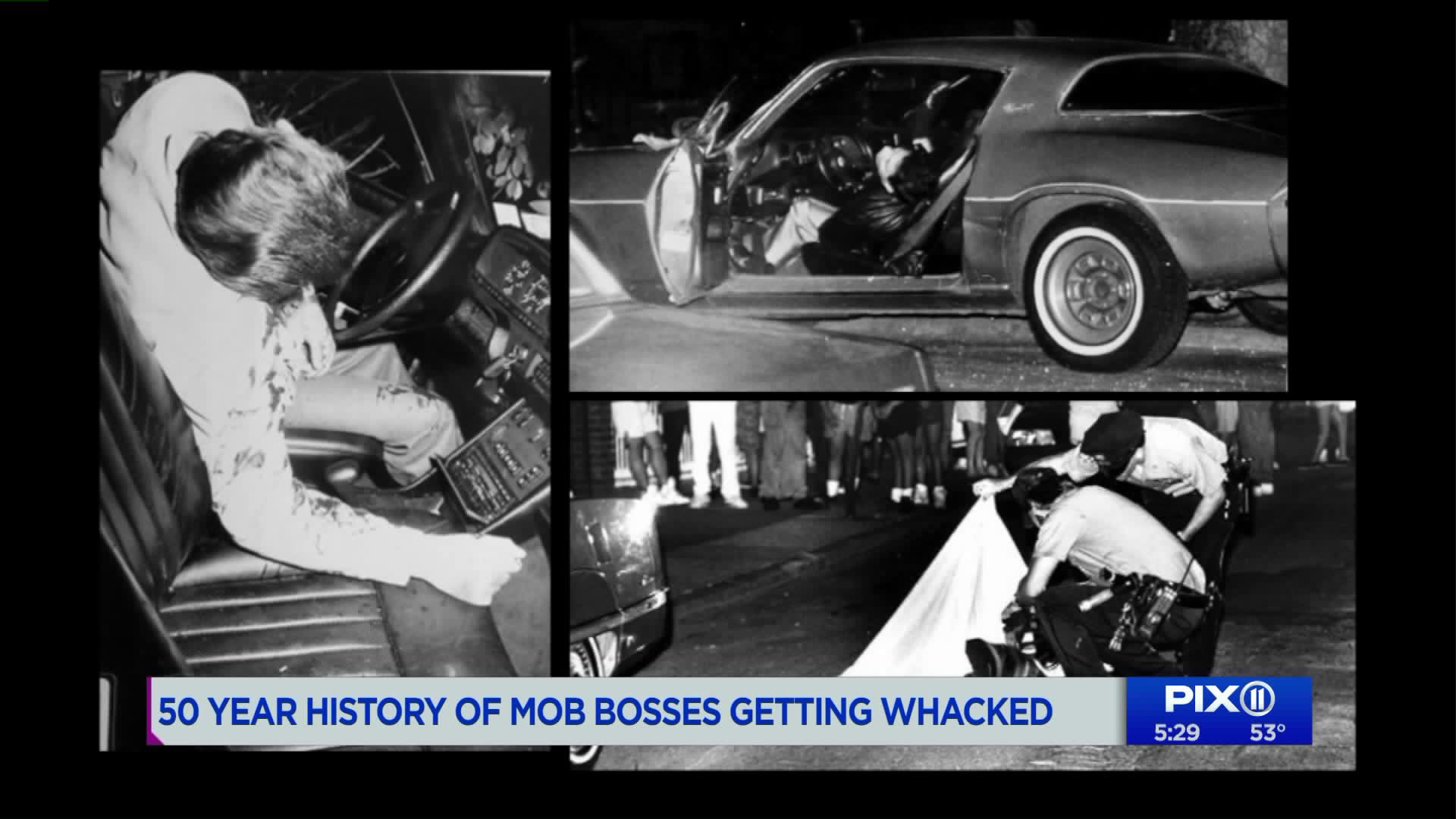 NEW YORK — On Oct. 25, 1957, the much-feared crime boss, Albert Anastasia, had settled into his barber chair for a shave at the Park Sheraton Hotel in midtown Manhattan.

That’s when a five-man hit squad set upon him, shooting him dead, an assassination team dubbed the “Barbershop Quintet.”

Persico died in federal prison just last week from natural cause, more than 30 years after he was convicted in the mob “Commission Trial.”

It’s been nearly 40 years since mob boss Carmine Galante was whacked in the backyard of a Brooklyn restaurant. More than 30 since #Gambino godfather Castellano was hit outside Sparks Steakhouse. ⁦@PIX11News⁩ will examine the new mob violence at 5 PM. pic.twitter.com/tJc2PnGAxH

It was decades since New York had seen a brazen, mob hit on a godfather—like the July 12, 1979 rubout of Bonanno crime family boss Carmine Galante in the backyard of Brooklyn’s Joe & Mary’s Restaurant.

Galante famously lay dead with a cigar hanging out of his mouth, after three masked men walked into the back and fired away. Galante’s bodyguard was also killed, although two other Sicilian bodyguards at the table stood up as the attack began and got away.

Earlier that decade, mob boss Joe Colombo was shot in the head and paralyzed during an Italian American rally at Columbus Circle.

The shooter was not a made member of the mob, but an African American man who posed as a cameraman. He was gunned down almost immediately afterwards.

Persico took control of the crime family at this point, and law enforcement believes he orchestrated the dramatic rubout of mobster Joey Gallo at Umberto’s Clamhouse in 1972, as retaliation.

In the November 2018 report, PIX11 discussed the multiple “hit” attempts on Sylvester Zottola of the Bronx and his son, Salvator Junior, last year.

The Zottolas were alleged associates of the Bonanno crime family, with long-time control of “Joker Poker” gambling machines that were installed in hundreds of bars and nightclubs.

The senior Zottola had survived a slashing inside his home in December 2017, with his son later targeted in a shooting outside his own Bronx house in July 2017.

The younger Zottola survived by rolling over and over, and the hitman did not seem very proficient.

Then, in October 2018, Zottola Senior was waiting at a McDonald’s drive-thru for his coffee, when a gunman started firing upon his car.

He wasn’t a mob boss, but he used to be good friends with former Bonanno chief Vincent Basciano.

Author and Newsday columnist Anthony DeStefano tends to agree. When we asked him about the Gambino crime family last November, DeStefano said it looked like power was being shared by Sicilian-born Dominico Cefalu and Francesco “Frank” Cali, who was killed Wednesday night near his SUV, outside his Staten Island home in the fancy Todt Hill community. It’s the place where former Gambino mob boss Paul Castellano used to live.

Castellano was famously whacked on Dec. 16, 1985, as he arrived at Sparks Steak House on East 46th Street with his bodyguard, Tommy Bilotti.

Three men wearing Russian-style hats and tan trench coats starting shooting both men, as they got out of their vehicle.

The hit was not sanctioned by the other, four godfathers sitting on the Mob Commission at the time.

It was a bold move by Gambino capo John Gotti—who watched the hit from a car on Third Avenue, with his future underboss, Sammy “Bull” Gravano, another Staten Island guy.

The hit propelled Gotti into the position of Dapper Don, until Sammy Bull squealed on him and testified against Gotti in a sensational 1992 federal trial.

Gotti spent the last 10 years of his life in prison.

Last year, Gotti’s brother, Gene, was released from jail after a lengthy sentence for drug trafficking.

Now there’s talk the Cali hit could signal a power struggle within the Gambinos.

Another possibility being talked about Thursday was the arrest of Gambino associate Anthony Pandrella, who was just charged with the October 2018 murder of aging mobster Vincent Zito at Zito’s Sheepshead Bay home.

Zito was an alleged loan shark.

It’s interesting to note that suspects with ties to the Bloods gang were arrested in connection with some of the 2018 shootings.