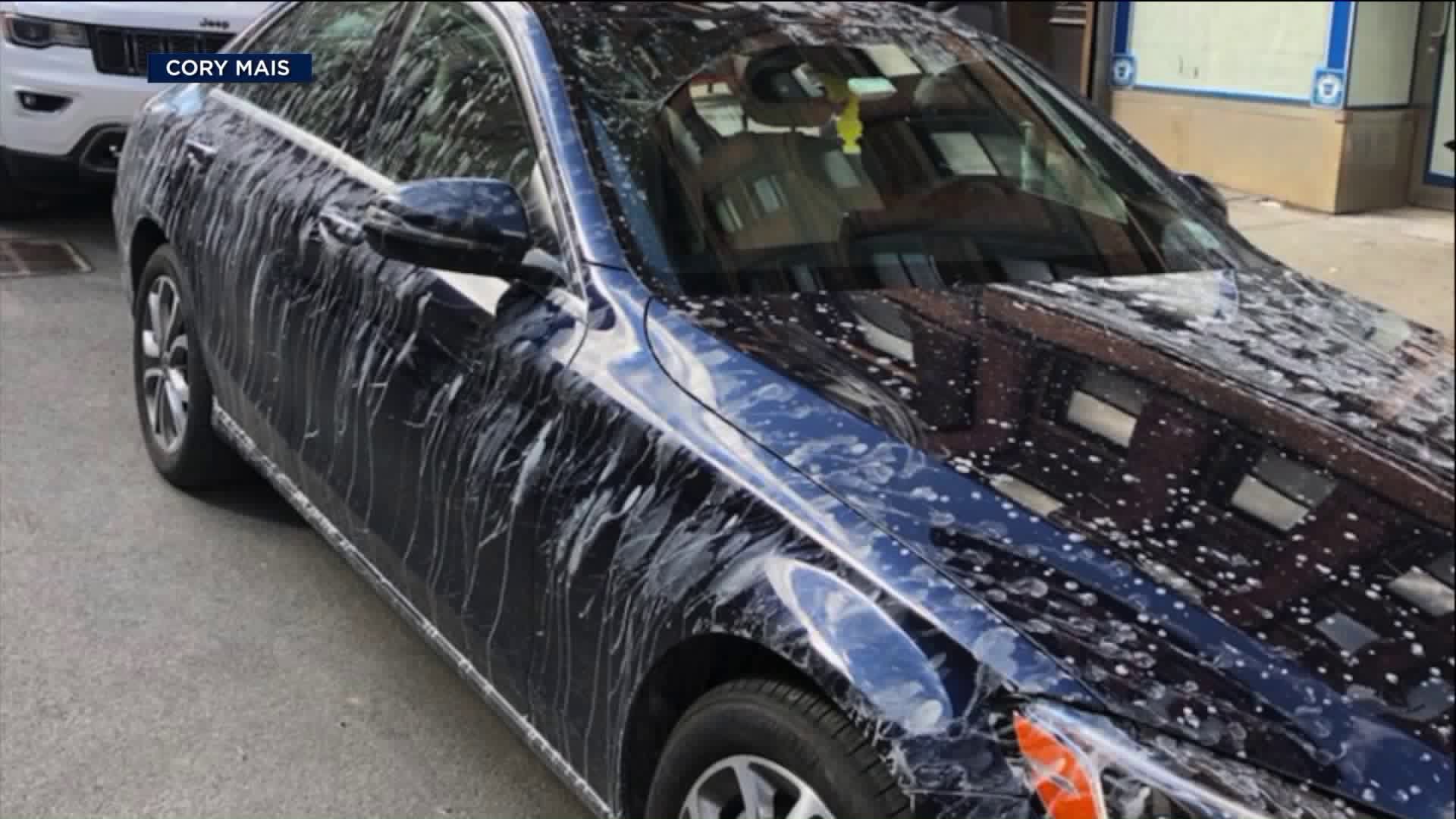 Teaneck, New Jersey, resident Rina Mais` car was splattered in dripping cement as she drove into Manhattan for work on Tuesday. The Port Authority confirms she, along with at least five other vehicles, were covered in cement while driving under a construction site over an exit off the George Washington Bridge.

MANHATTAN — A New Jersey woman's car was splattered with wet cement as she drove over the George Washington Bridge on Tuesday.

Teaneck, New Jersey, resident Rina Mais was driving into Manhattan for work on Tuesday morning when suddenly wet cement fell from above, landing all over her Mercedes, she said.

The cement fell from a construction site above the lower level, as cars were exiting off the bridge, the Port Authority confirmed. They also said the cement fell on at least five other vehicles that day.

Mais told PIX11 that there were no construction or warning signs that would alert her of something like this happening.

Mais had to drive her car through a car wash twice to get the cement off, and said she's just happy it wasn't hard cement rocks, which could have done more damage.

The Port Authority said they want to hear from anyone else this might have happened to.