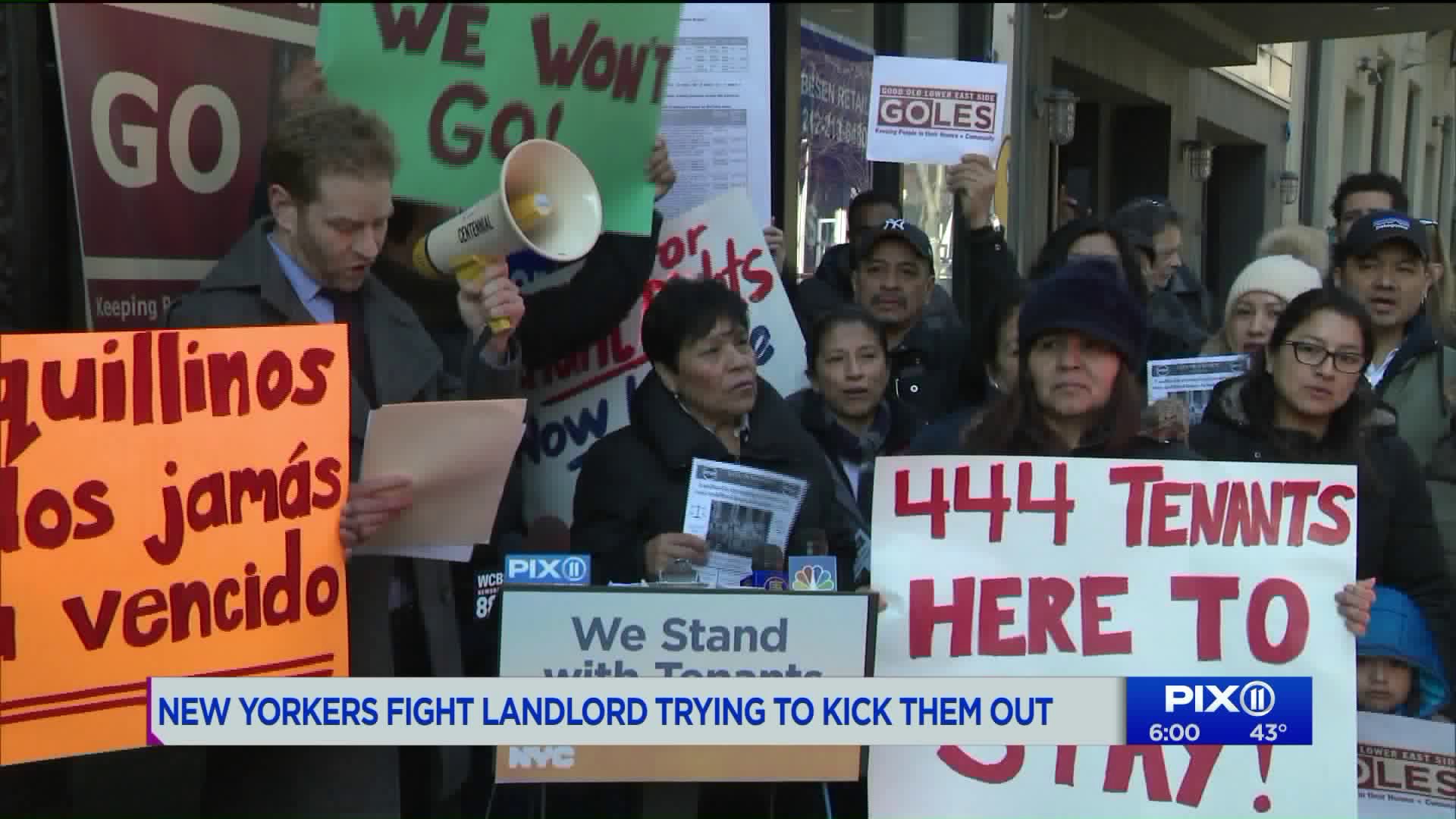 NY Attorney General Letitia James and NYC Council member Carlina Rivera stood with a group of East Village rent-regulated tenants Wednesday who say they have been harassed by their landlord. They claim they are being forced out so apartments can be renovated and rented at higher rates.

New York Attorney General Letitia James and City Council member Carlina Rivera stood with a group of East Village rent-regulated tenants on Wednesday who say they are being harassed by their landlord.

James and Rivera rallied with the residents outside their building at 444 East 13th Street.

“For years these tenants have had to deal with poor conditions on a regular basis, like inadequate heat, broken or defective plumbing, garbage piling up in the hallways, and rodents,” James said.

“They banded together and called for a rent strike and now the landlord is in bankruptcy court, attempting to terminate, eviscerate their rent stabilized leases.”

James said her office will fight on behalf of the longtime tenants to stay in their affordable apartments.

The building is managed by Brookhill Properties, who did not return PIX11 News’ request for comment.