Riders and MTA looking at design of elevated train structures 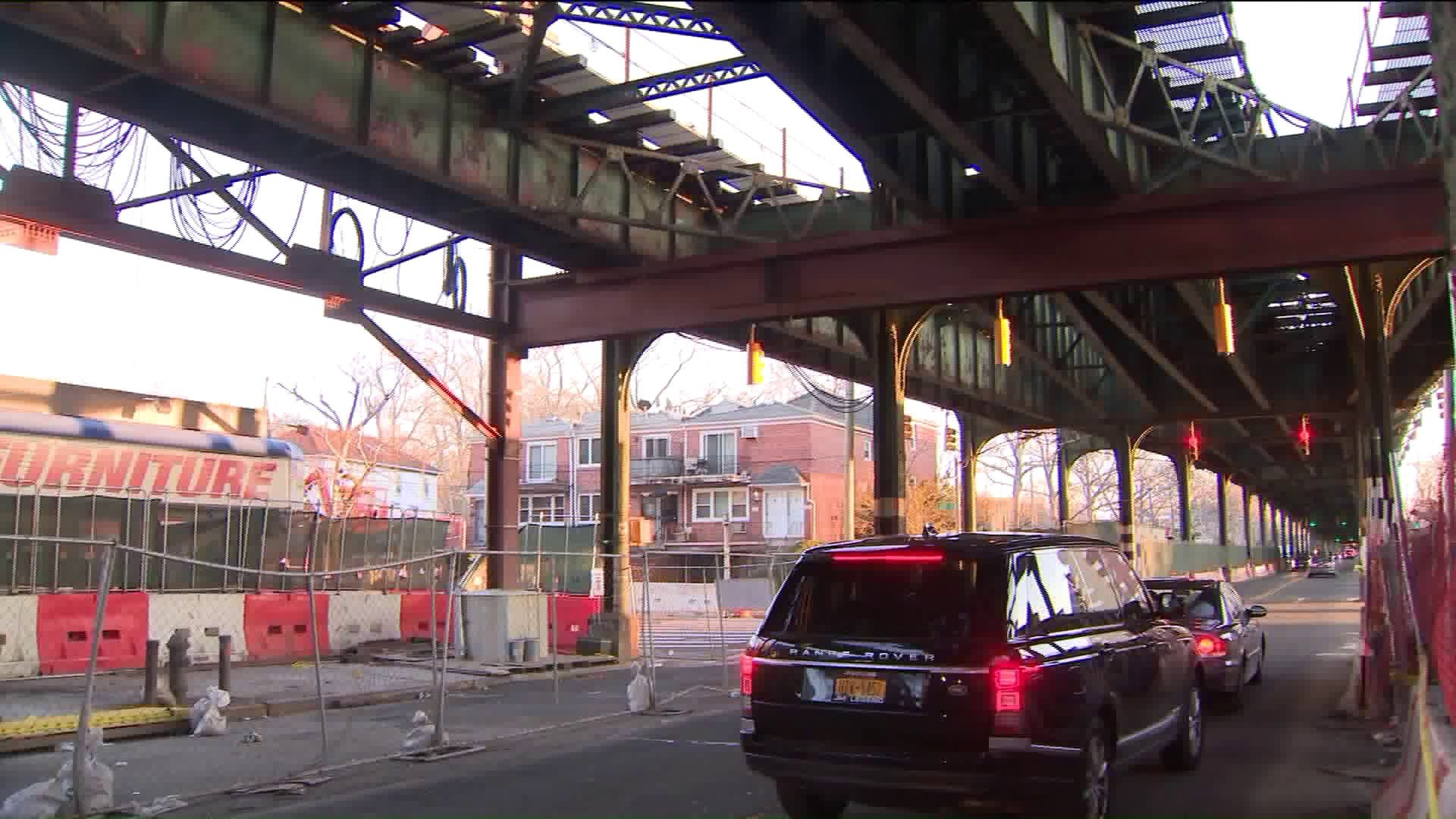 Two recent incidents along the 7 line, within two weeks of each other, have people, and the MTA, looking up. After all, 40 percent of train tracks in the NYC subway system are elevated.

It’s called the subway, but technically, only about 60 percent of stations are underground.

That still leaves more than 150 miles of elevated tracks that run above the streets of New York City.

Two recent incidents along the 7 line, within two weeks of each other, have people looking up.

A piece of wood, and then a piece of metal, fell from the elevated structure along Roosevelt Avenue, within a few blocks of each other, in Woodside, Queens.

NYC Transit Authority workers for the MTA have been increasing inspections and the agency said the inspection process will be enhanced. The elevated structure along the 7 line was inspected after the first piece of wood fell from an old work platform, which should not have been there.

There are many projects scheduled along the elevated tracks.

The next station rehabilitation project calls for raising the mezzanine to create more clearance. That will begin this weekend at Astoria Boulevard. Transit sources say a truck may have swiped the 7 train structure and loosened a piece of metal causing the second incident last week.

Along the F line in Brooklyn, major work has been going on for two years to improve nine stations' tracks and structures.

In some areas, new beams and foundations are visible. Some areas have been painted and some have not.

A wire webbing is visible underneath some of the rebuilt station structures.