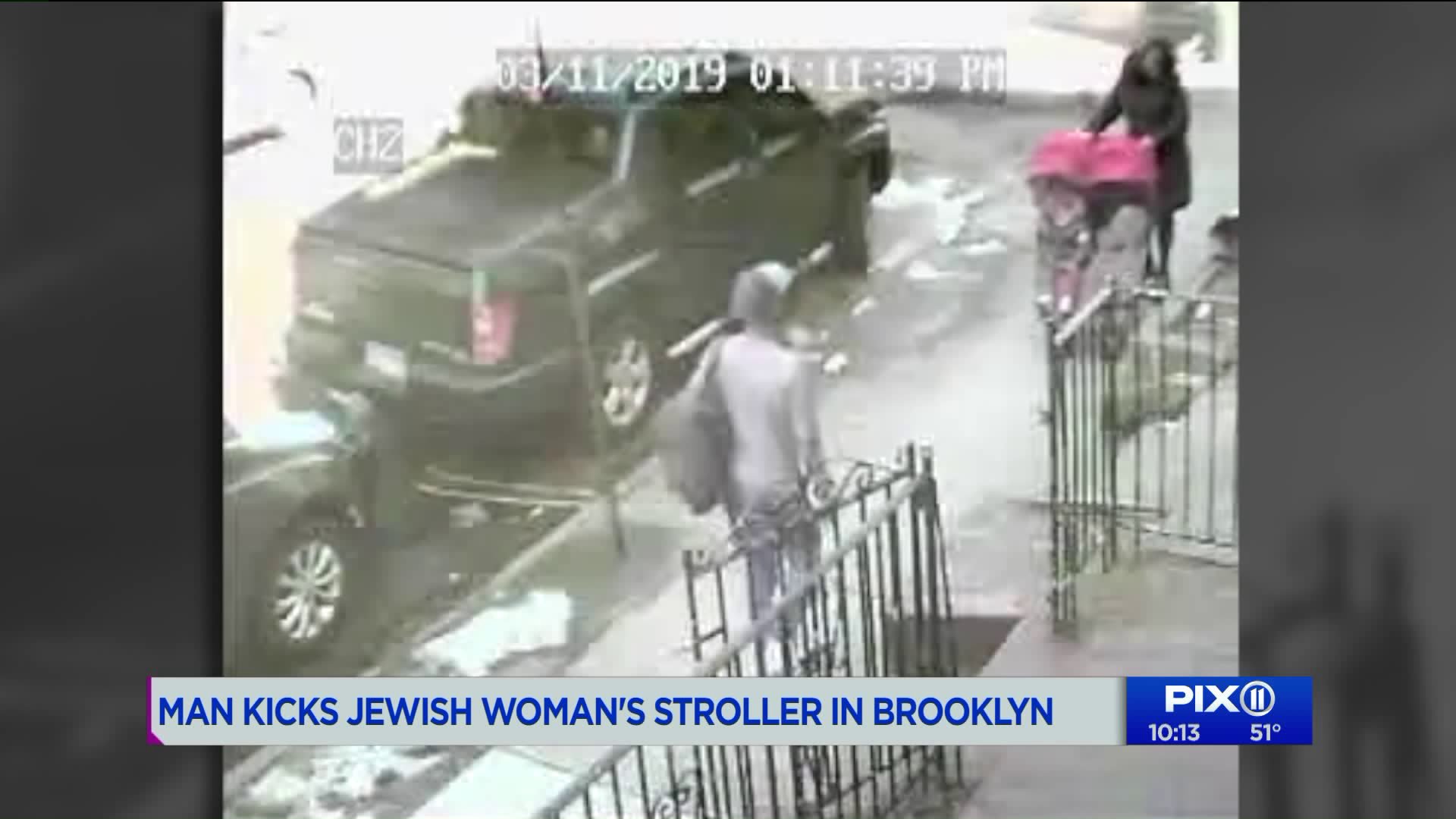 CROWN HEIGHTS, Brooklyn -- There was another attack on a member of New York’s Jewish community— and it was captured on a security camera.

Police said a man kicked a double stroller being pushed by a Jewish mother along Sterling Street in a predominately Jewish neighborhood Monday afternoon.

The man in the video also apparently swore at the mother and told her to get out of the way.

Police have opened a child endangerment investigation and aren’t ruling out a potential hate crime.

“At this point in time we’re not jumping to conclusions, we’ll let police investigate,” Yaakov Behrman said. “Regardless of if this is a hate crime or not, this is a very serous incident where an individual attacked a young child, and we expect the police and prosecutor to hold this individual accountable.”

The kick is the latest in a string of incidents that appear to be targeting the Jewish community citywide — from assaults to Swastikas.