Students hospitalized after can of pepper spray discharged at Brooklyn school 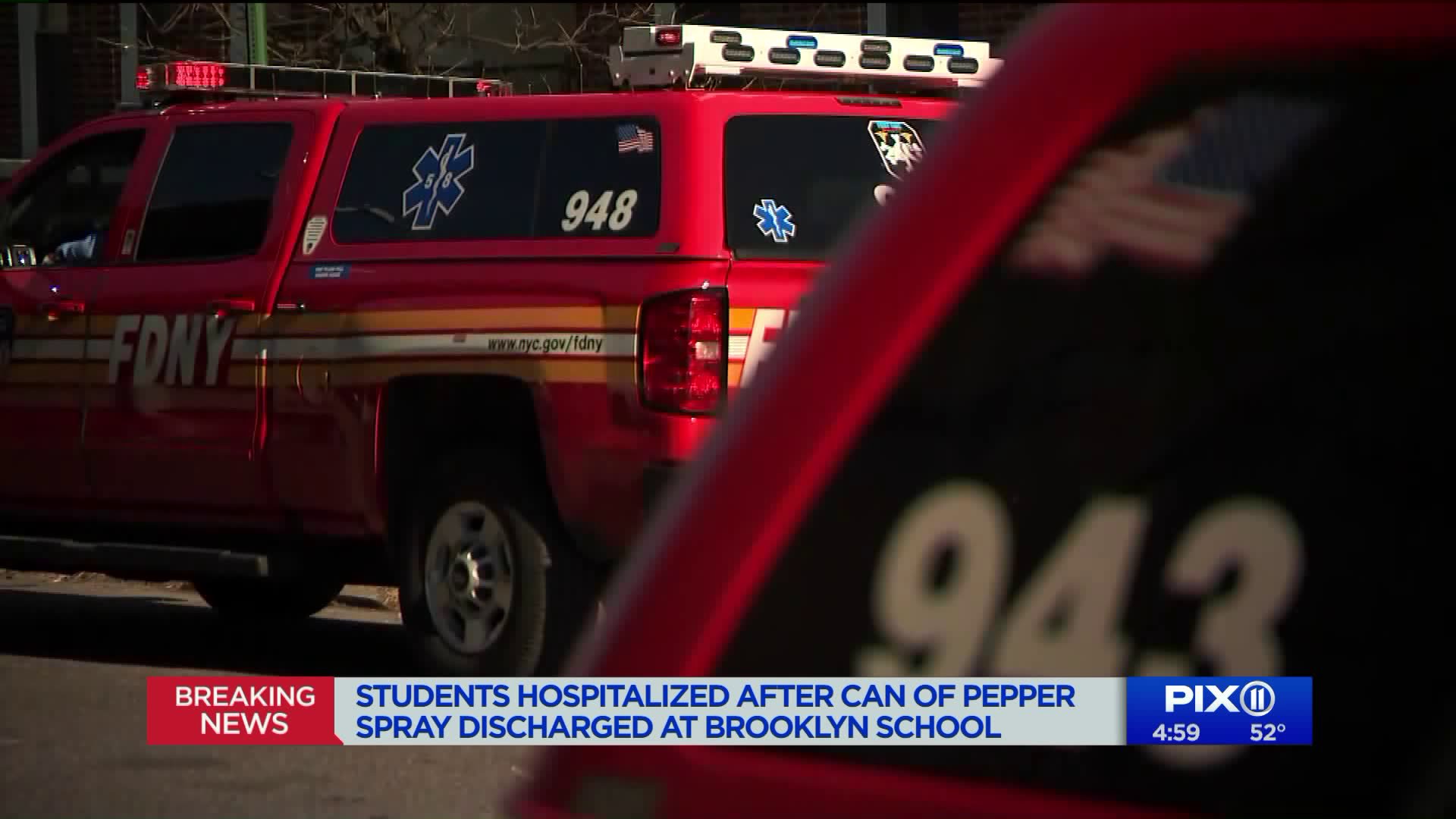 EAST FLATBUSH, Brooklyn -- A student who brought pepper spray to school for protection somehow accidentally set it off in a classroom.

A dozen students were rushed to the hospital to make sure their eyes were properly washed out. There was a lot of confusion about which school was impacted by the incident.

NYPD originally reported it was Uncommon Schools Kings Charter School; however, it turns out it was another school that shares the same building: The Middle School For Art & Philosophy.

“EMS immediately responded to an incident at this school in which several students are being treated for minor injuries. We will provide appropriate support to the school, and are closely monitoring the students affected.”