Paramus beats Hollywood and Disney for shopping and tourism 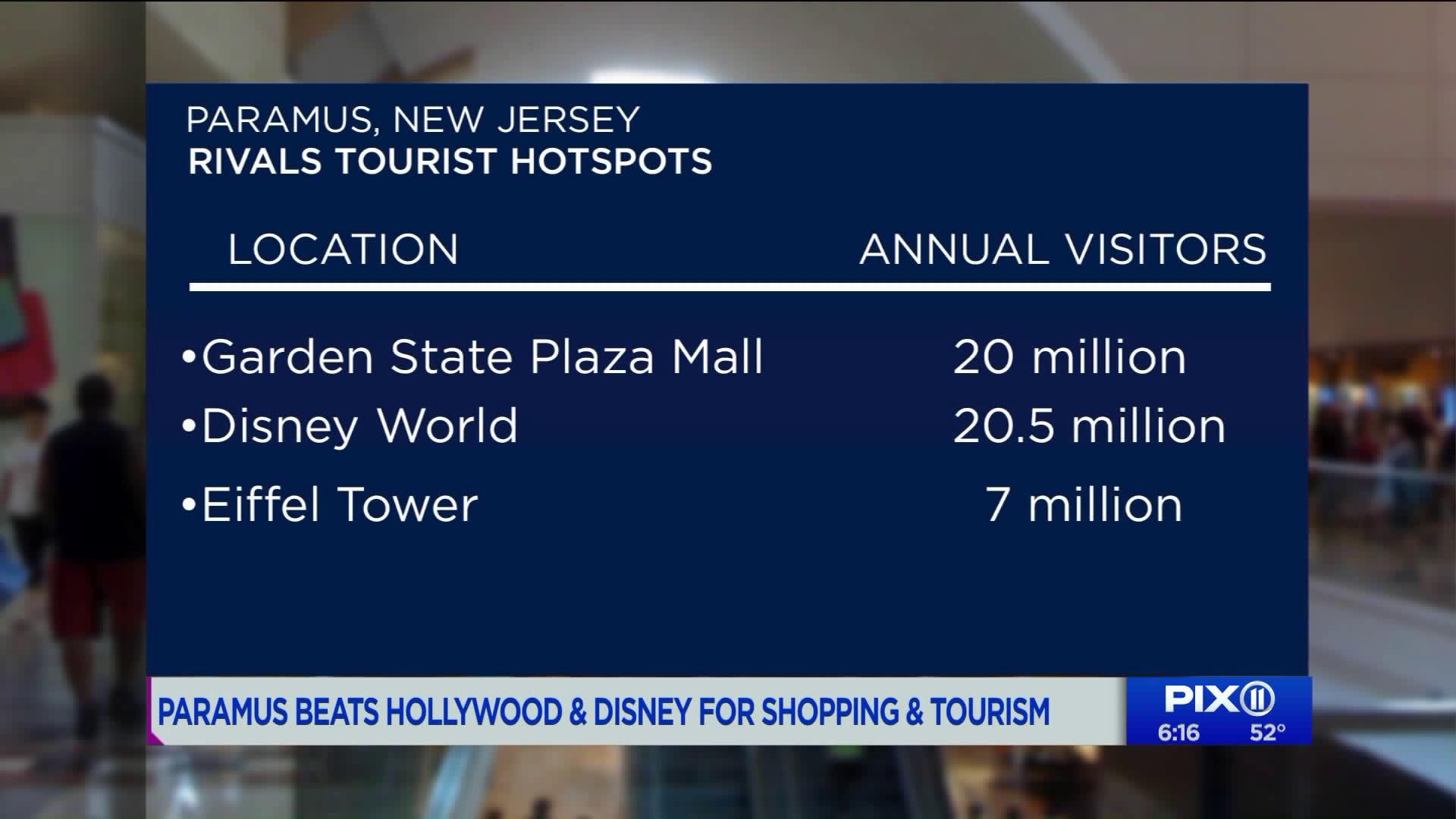 PARAMUS, NJ — The shopping mecca of the United States is in New Jersey.

There is more money spent at stores in this one town than in any other zip code in the country, even beating out Beverly Hills.

"Paramus is, as I affectionately like to call it, the retail capital of the world," said Paramus Mayor Richard LaBarbiera.

Paramus sits at the intersection of Routes 17, 4 and the Garden State Parkway, less than 20 miles from New York and minutes from three more major highways.

"Your vehicular traffic is off the charts," said Jared Minatelli, director of asset management for Advance Realty Investors, which partnered with Invesco Real Estate to build Paramus’ newest shopping center.

"Paramus as a market is incredibly unique, not just to the market, but to the nation," said Minatelli.

They will join an army of stores and four shopping malls that currently exist in Paramus, but retailers can’t seem to get enough of the town. Some even have two locations here.

"For me, it’s a function of three things," said Minatelli. "First, population density. You’ve got 1.4 million residents within 10 miles of our location here."

"Your infrastructure - you’re minutes from nearly every major transportation artery in New Jersey," he said.  "And thirdly, in New Jersey and Paramus in particular, you don’t have sales tax."

The shopping behemoth registers at $6 billion in retail sales a year, and that's with stores open only six days a week. Bergen County Blue Laws dictate that all retail stores must close on Sundays.

"It’s amazing to think we do it while restricting it to only six days a week," said LaBarbiera. "But it works and it's far from broken."