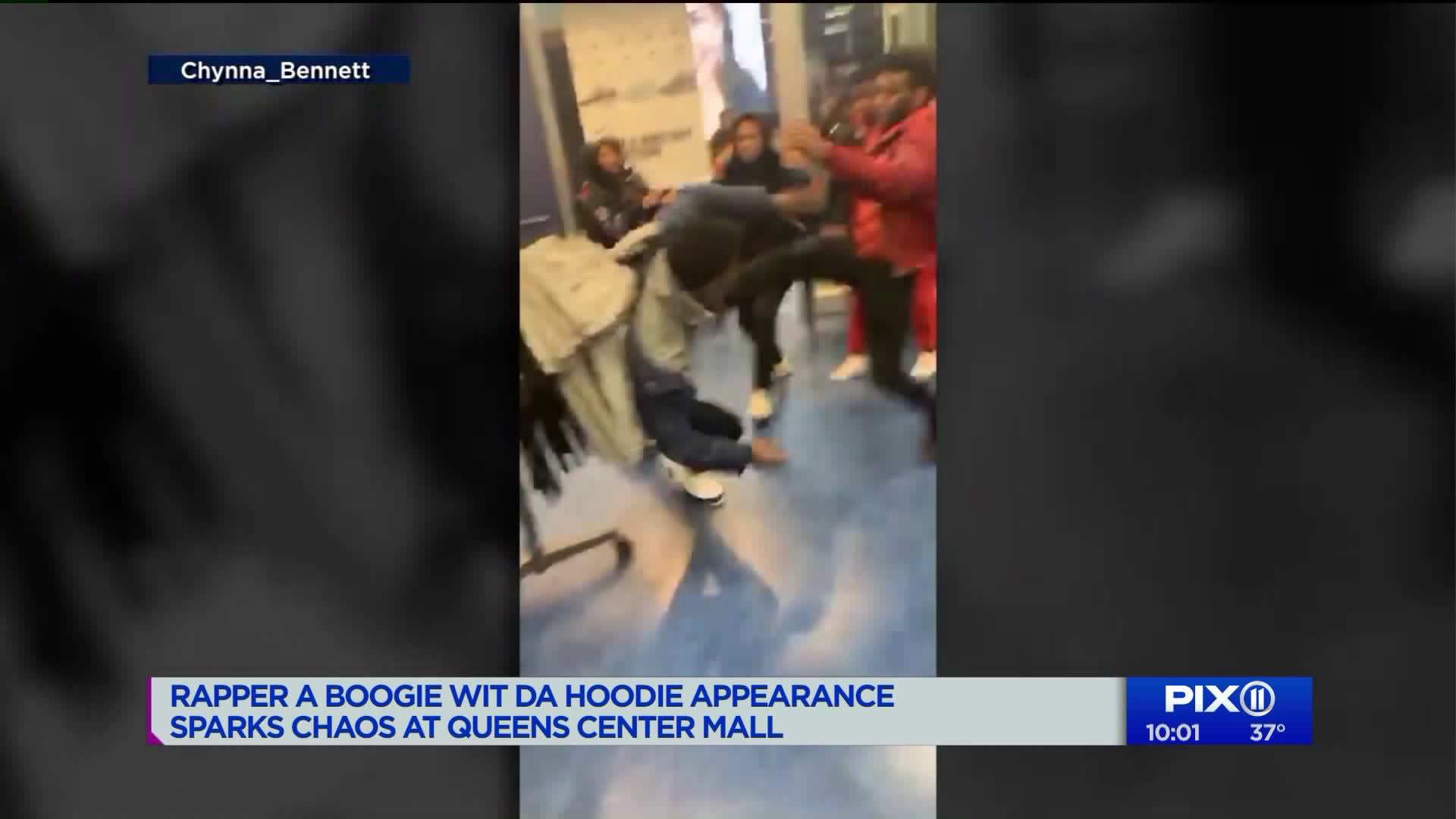 Chaos erupted at Queens Center mall Friday evening during a planned event for rapper A Boogie wit da Hoodie. Video posted to social media shows people punching, kicking and stomping on each other, as well as looting the stores.

Video posted to social media shows people punching, kicking and stomping on each other, as well as looting the stores.

Authorities say rapper "A Boogie wit da Hoodie," whose real name is Julius Dubose, was at the mall for an appearance at the Puma store when the fight broke out within the huge crowd that had gathered.

It is not clear what exactly sparked the melee.

Police cleared out the store and shut down the event down.

Shortly after the fight, a person was stabbed in the same area of Queens Center Mall. The person was transported to the hospital in unknown condition.

At least one person is in custody.

It is not known if the two incidents are related.

The rapper later posted to his Instagram account that the event will be rescheduled for later date.