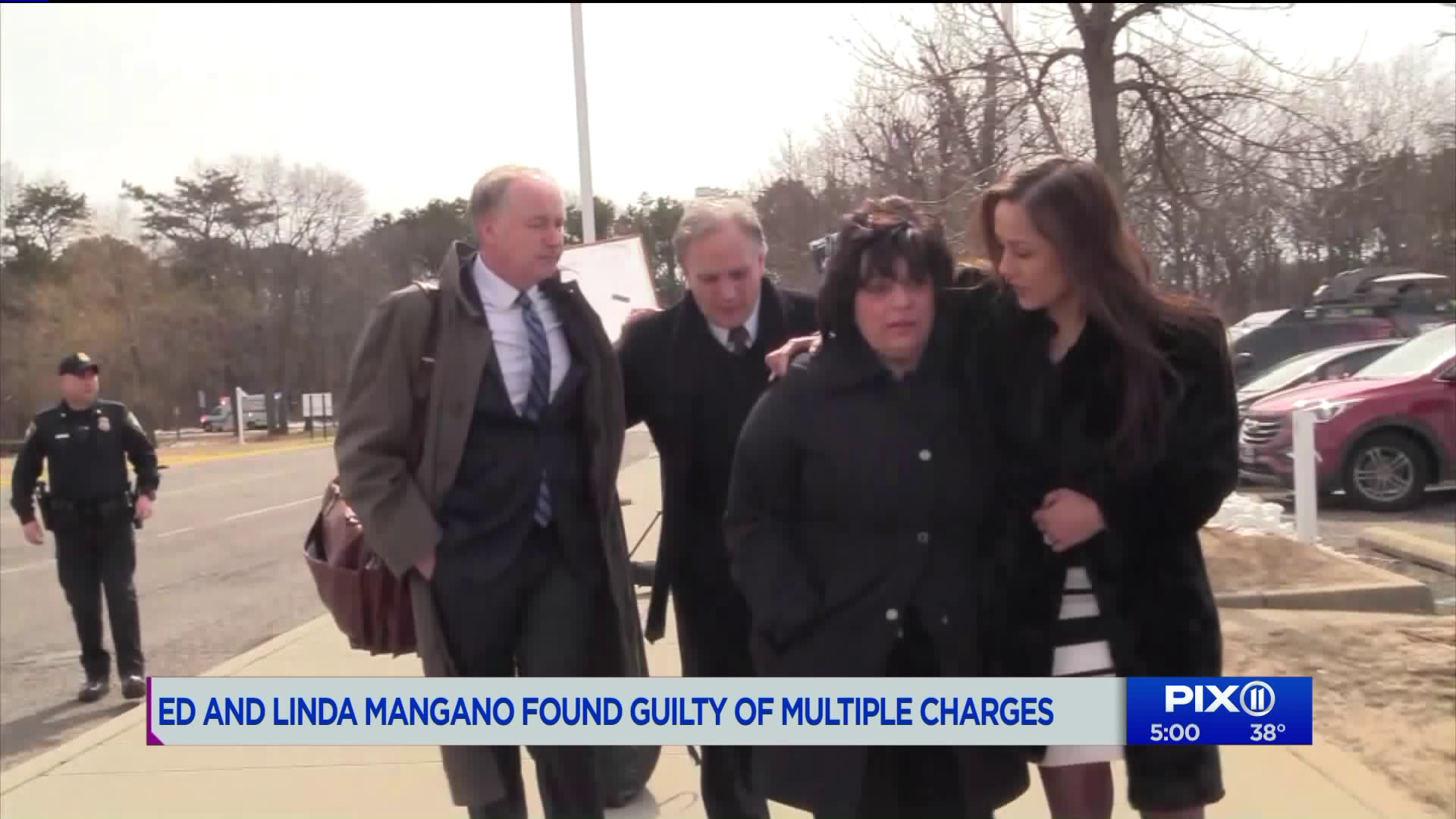 CENTRAL ISLIP, N.Y. -- He'd been one of the most powerful politicians in New York state, but after a jury delivered its verdict late Friday morning, Ed Mangano was faced with the prospect of spending decades behind bars. So did his wife, Linda. The couple were both found guilty on multiple criminal charges at federal court.

Outside of court, after the verdict was read, the couple spoke about the result before heading home on bail. Linda Mangano was very emotional.

"I can't stop fighting for what's right," she said to a group of about a dozen reporters, as she choked back tears. "And thank you to everybody who came to support us."

"We're gonna go home, and obviously take care of Linda, who clearly should not have been charged in the first instance," said the former top politician of one of New York state's most populous and wealthy counties. "We remain confident that we'll be vindicated."

The former top administrator was found guilty of conspiracy, bribery and fraud for steering government contracts to Long Island businessman and restaurateur Harendra Singh. In exchange, jurors concluded, Ed Mangano received a variety of gifts, including expensive furniture, a designer watch, and a $450,000 no-show job for Linda Mangano. She was found guilty of conspiracy and obstruction.

Her husband's attorney stated the strategy ahead. "We will appeal. It will be vigorous," said lawyer Kevin Keating. "We remain confident. Nothing has changed, and we will continue our fight."

By contrast, the U.S. Attorney, who prosecuted the case, called it open and shut, adding that the verdict should send a message to public officials.

"When you work for the public, you work for only the public, and your reward is your paycheck, not jewelry... and not no-show jobs," said Richard Donoghue, U.S. Attorney for the Eastern District.

A year ago, the couple were first put on trial. Two months later, the case ended in a mistrial. Friday's verdict was the result of a retrial that started six weeks ago. The sentencing date for the Manganos is expected to be set shortly.