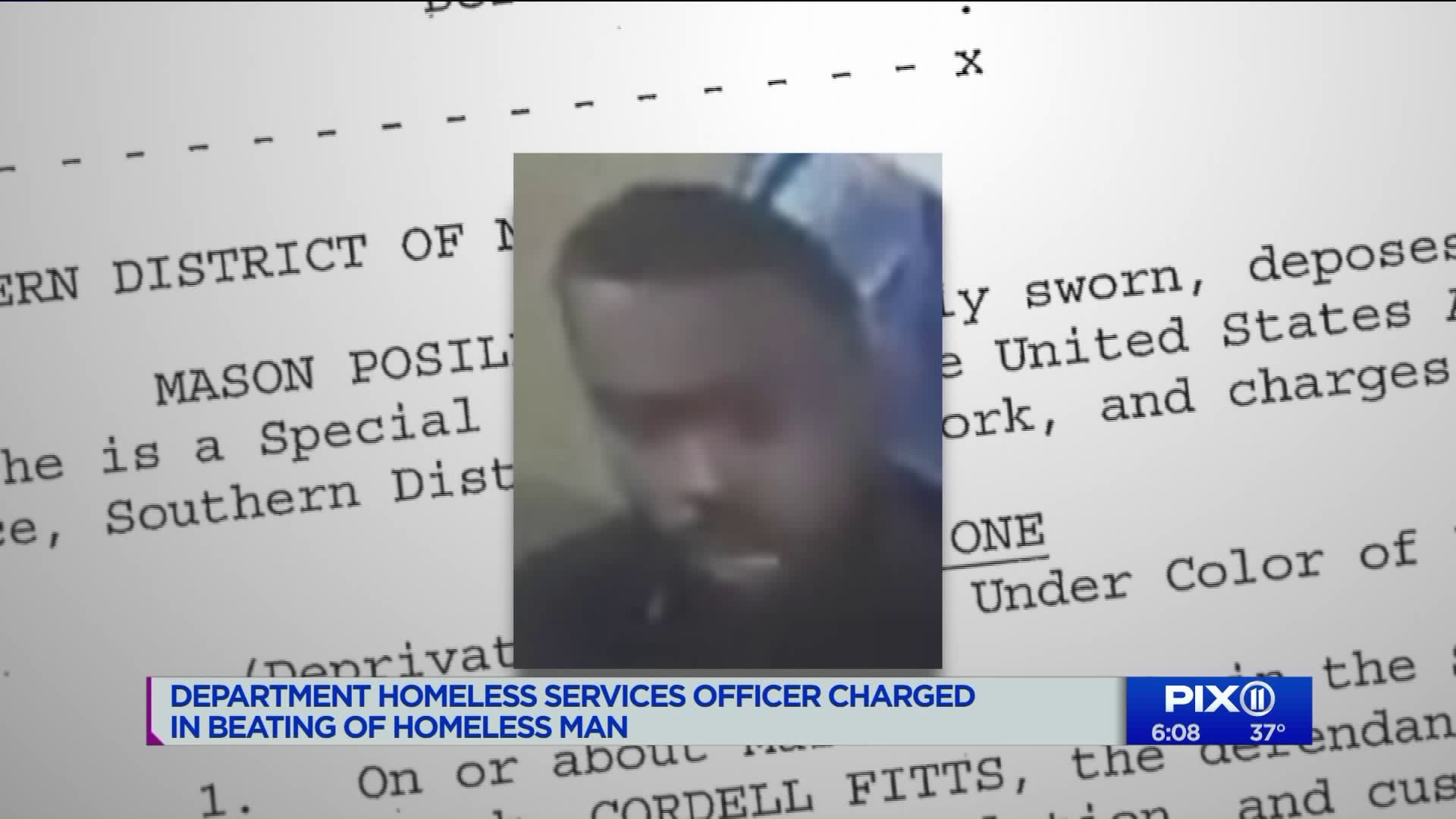 What started out as a heated exchange between a homeless man and a Sergeant with the Department of Homeless Services, quickly unraveled into a brutal take down captured on surveillance video.

NEW YORK — What started out as a heated exchange between a homeless man and a sergeant with the Department of Homeless Services, quickly unraveled into a brutal take down captured on surveillance video.

According to prosecutors, the incident happened at the Bellevue Men’s shelter on East 30th Street in Manhattan back on March 6, 2017.

The ex-police sergeant identified as 34-year-old Cordell Fitts was seen interacting with the man inside the shelter’s lobby.

When Fitts placed his hands on the man’s chest, he responded by taking a swing at the officer. That’s when two other officers intervened.

As they held him down, attempting to place him in handcuffs, prosecutors say Fitts punched the victim twice in the face and stomped on his head 11 times.

The incident led to an investigation which resulted in federal prosecutors charging Fitts with deprivation of the victim’s civil rights through excessive force and filing a false report about the incident.

The DHS sergeant was arrested Thursday.

In a complaint filed in Manhattan Federal Court, Fitts is also accused of attempting to cover up the incident by claiming in a report that he used what he called “necessary force” to “safely detain” the victim. He also claimed that the victim had told him “I am off my psych medication and going through a lot.”

Prosecutors determined those statements were untrue.

In a tweet Friday, Mayor de Blasio called the assault “sickening,” and took note of recent training for DHS officers in de-escalation.

He vowed that all officers will have body-worn cameras this year.

A spokesperson for DHS told PIX11 in a statement, “The actions described, including the cover-up, are horrifying and will never be tolerated in our city.”

If convicted of the charges, Fitts faces up to a maximum of 30 years in prison.