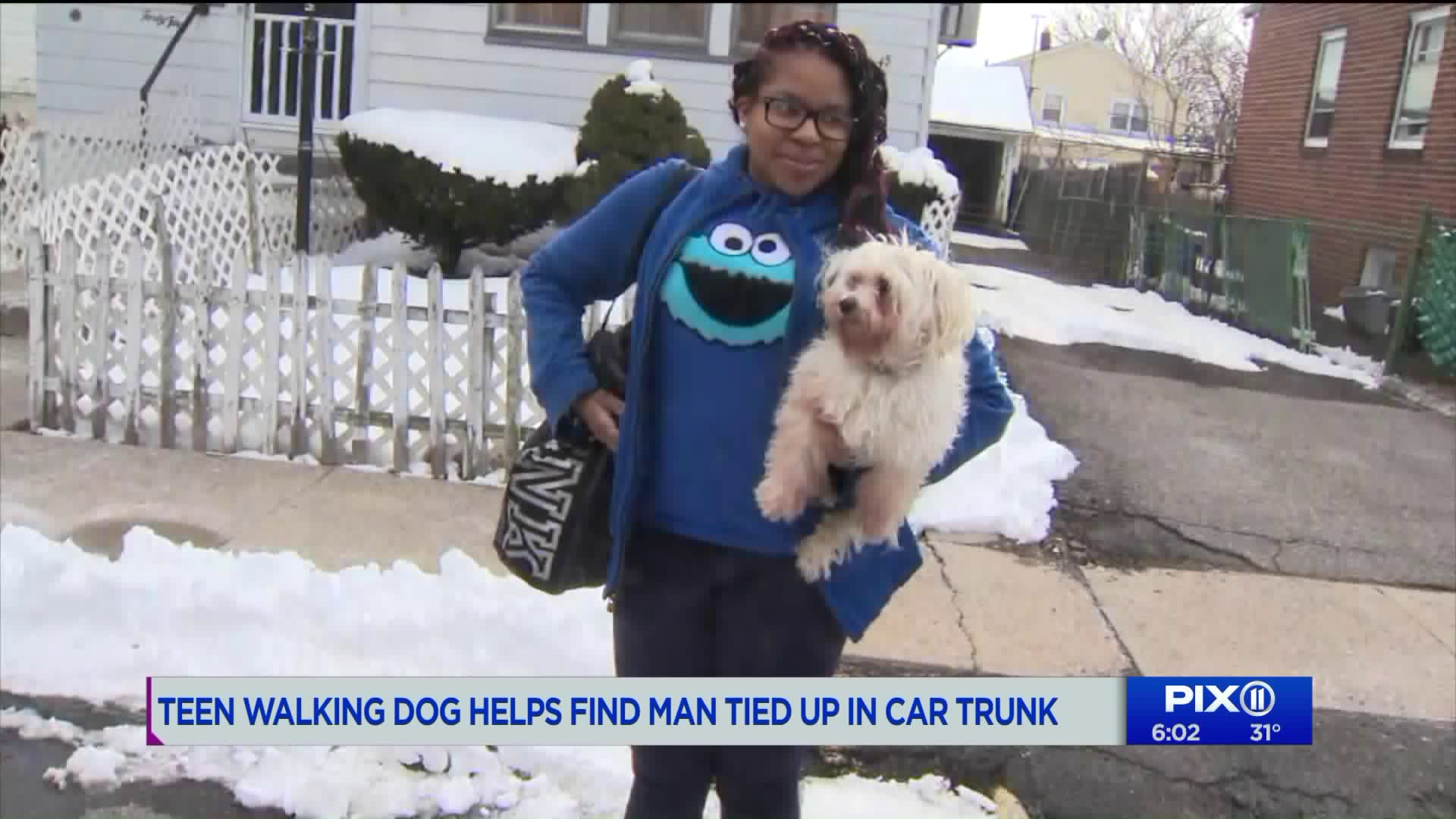 Kayla Rose, 17, was walking her dog and heard screams coming from a car trunk, leading to the discovery of a man who was kidnapped and tied up inside the vehicle, authorities say.

IRVINGTON, N.J. — A girl walking her dog heard screams coming from a car trunk, leading to the discovery of a man who was tied up inside the vehicle, authorities said Thursday.

The teen was walking on Linsley Street in Irvington, New Jersey, around 7:10 a.m. when she heard a scratching sound.

Rose soon heard the sound again and realized it was coming from the trunk of a black Nissan Altima parked on the street.

She alerted a neighbor, who called police. Firefighters and police soon arrived, and rescued the man, who was in rough shape.

“He was scratched up on his forehead,” Rose said. She and other witnesses also said that the man’s wrists were tied together with rope.

The high school junior’s responsible act ensured that the man, described as in his late teens or early 20s, didn’t suffer a worse fate, according to the girl’s mother, Marie Banks.

“If he was in there for quite a few hours, he could've suffered from hypothermia,” said Banks. “She saved a life.”

Authorities say the initial carjacking took place at about 7:30 p.m. Wednesday along Avy Street in Hillside, New Jersey, which shares a border with Irvington. Two men then allegedly brandished guns and took the victim to several banks, forcing him to withdraw money from ATMs.

The victim, who spent the rest of Thursday in the hospital, suffered non-life-threatening injuries, according to authorities.

Union County Crime Stoppers is offering a reward of up to $10,000 for any information leading to an arrest. Tips can be given anonymously by phone at 908-654-TIPS (8477) or online at http://www.uctip.org