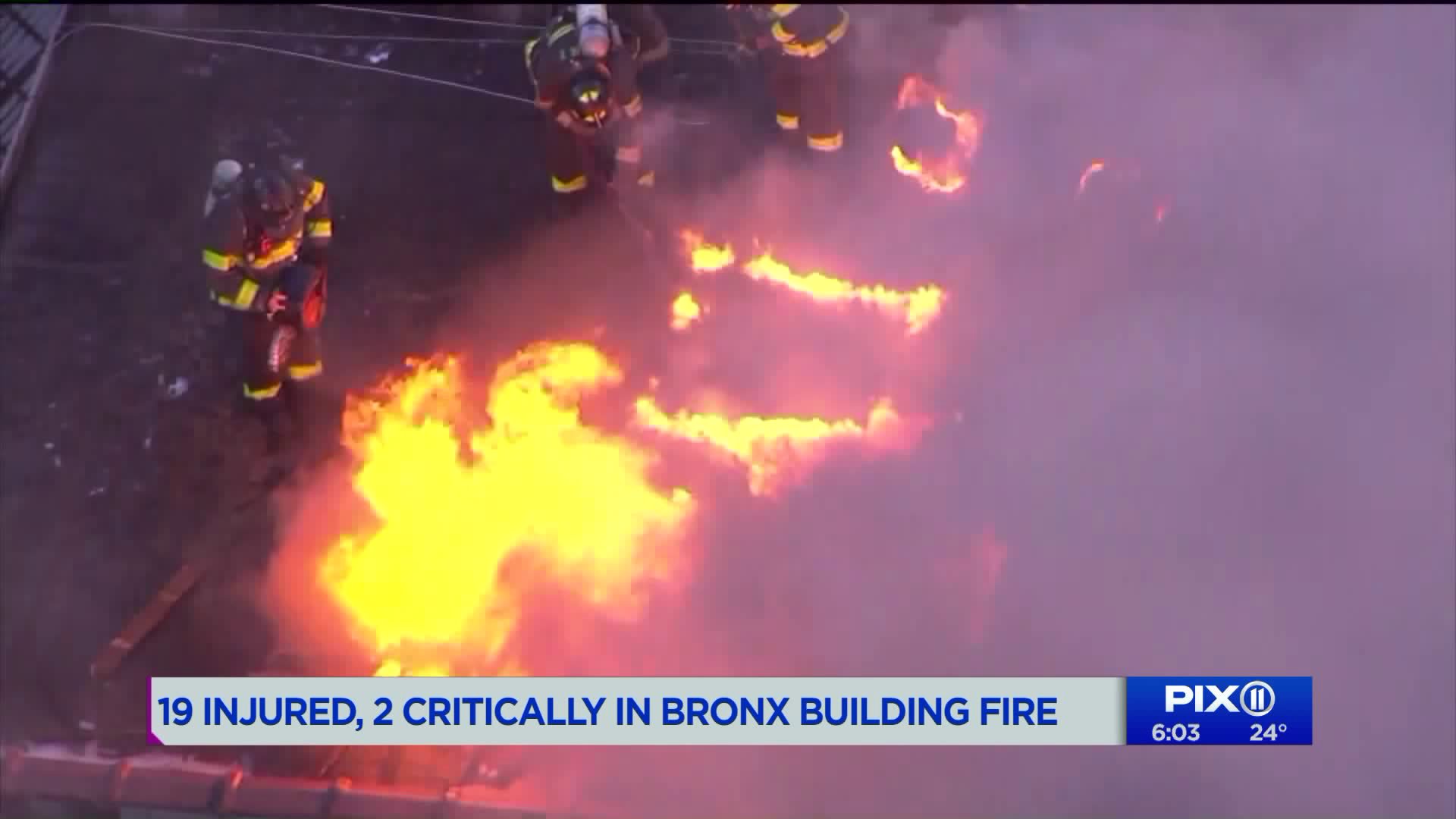 An early morning fire in a Bronx building left 19 civilians injured, two of them critically and seven of them sustained serious injuries, according to the FDNY.

WILLIAMSBRIDGE, the Bronx — An early morning Bronx building fire left 19 civilians injured, two of them critically, according to the FDNY.

In addition to the two critical injuries, seven others sustained serious injuries.

All residents who were inside the building are members of the same family. Neighbors tell PIX11 that at least six people jumped from 2nd and 3rd story windows after fire and smoke blocked the building's stairs and main entrance.

Three of the most seriously injured were a daughter, mother and grandmother.

Shanay Webster, 21, and her mother, Muffet Stephenson, live on the third floor and were forced to jump out their window and onto a car outside the building. Muffet is one of those in critical condition.

AIR11 flew over the three-story house, located on Holland Avenue and E. 213th Street, as firefighters worked to put out the blaze at about 6 a.m.

The cause of fire is under investigation.