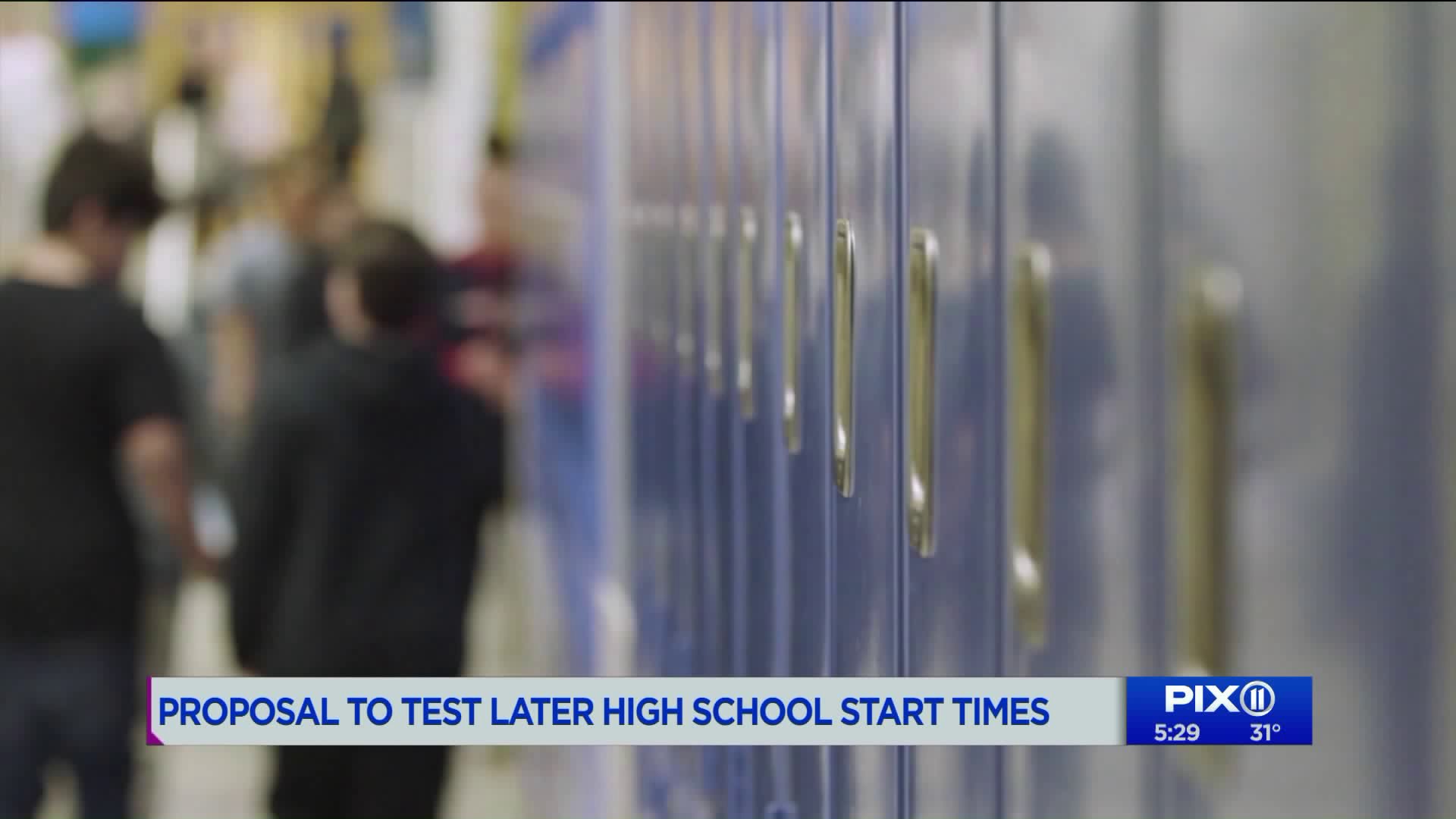 A bill pending in the legislature would run a pilot program to test later start times at a few high schools across the state.

It’s tough for teenagers to get up in the morning, and studies have shown why.

A bill pending in the legislature would run a pilot program to test later start times at a few high schools across the state.

"They should be going much later," said the bill's sponsor in the Senate, former Governor Richard Codey. "They can’t get up in the morning."

The American Academy of Pediatrics found in a 2014 study that sleep deprivation among teens is real — and early school start times are an aggravating factor. The study says kids should start their school day no earlier than 8:30 a.m.

The bill passed a senate committee and still needs to be considered by the full assembly and senate.

It would establish a 4-year pilot program within five select school districts. Districts can apply to be a part of the study. They’d try an 8:30 a.m. start or later for high school students and evaluate the health, academic and safety benefits.

"All the studies show that they do worse in their first periods," said Gov. Codey. "High school students who go to high school very early do worse than counterparts who go later. So, we need a change."

Push back from some districts includes scheduling and cost concerns, such as bussing cost increases and additional hiring to handle the spread of start times across a district. A later start would also mean a later finish to the school day.

At least two new jersey school districts, Burlington and Princeton, have already implemented later start times for high schoolers on their own.