Man charged for punching 8-year-old in the head on subway: police 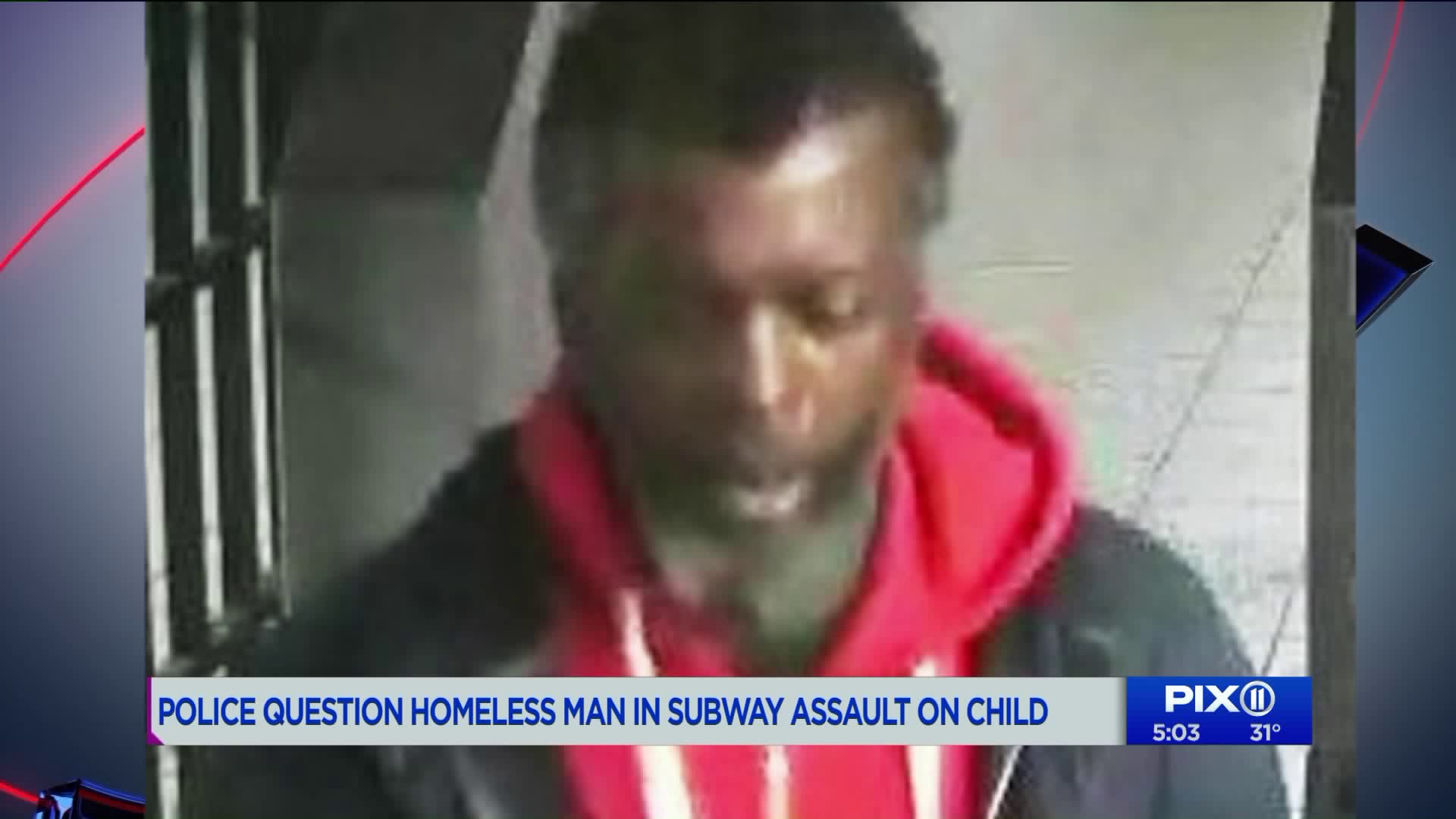 The NYPD took a homeless man well-known on the city subways into custody Tuesday for allegedly punching an 8-year-old child with autism on the train.

LOWER MANHATTAN — A homeless man police were questioning has now been arrested and charged for allegedly punching an 8-year-old boy in the head Monday night, police said Tuesday night.

Police first took 40-year-old Alex Bienaime into custody Tuesday afternoon for questioning, but did not identify him at the time.

Bienaime has now been charged with assault and three counts of acting in a manner injurious to a child less than 17.

Police say Bienaime walked up to the child and his mother aboard the 3 train at the Fulton Street subway station at about 8:40 p.m. on Monday. Before any words were exchanged, the man allegedly punched the boy in the back of the head, causing the victim pain and swelling. The man then fled the location without saying a word.

A witness attempted to chase after Bienaime after the attack but had no luck catching him.

The 8-year-old boy was taken to New York—Presbyterian Lower Manhattan Hospital where he was treated and released.