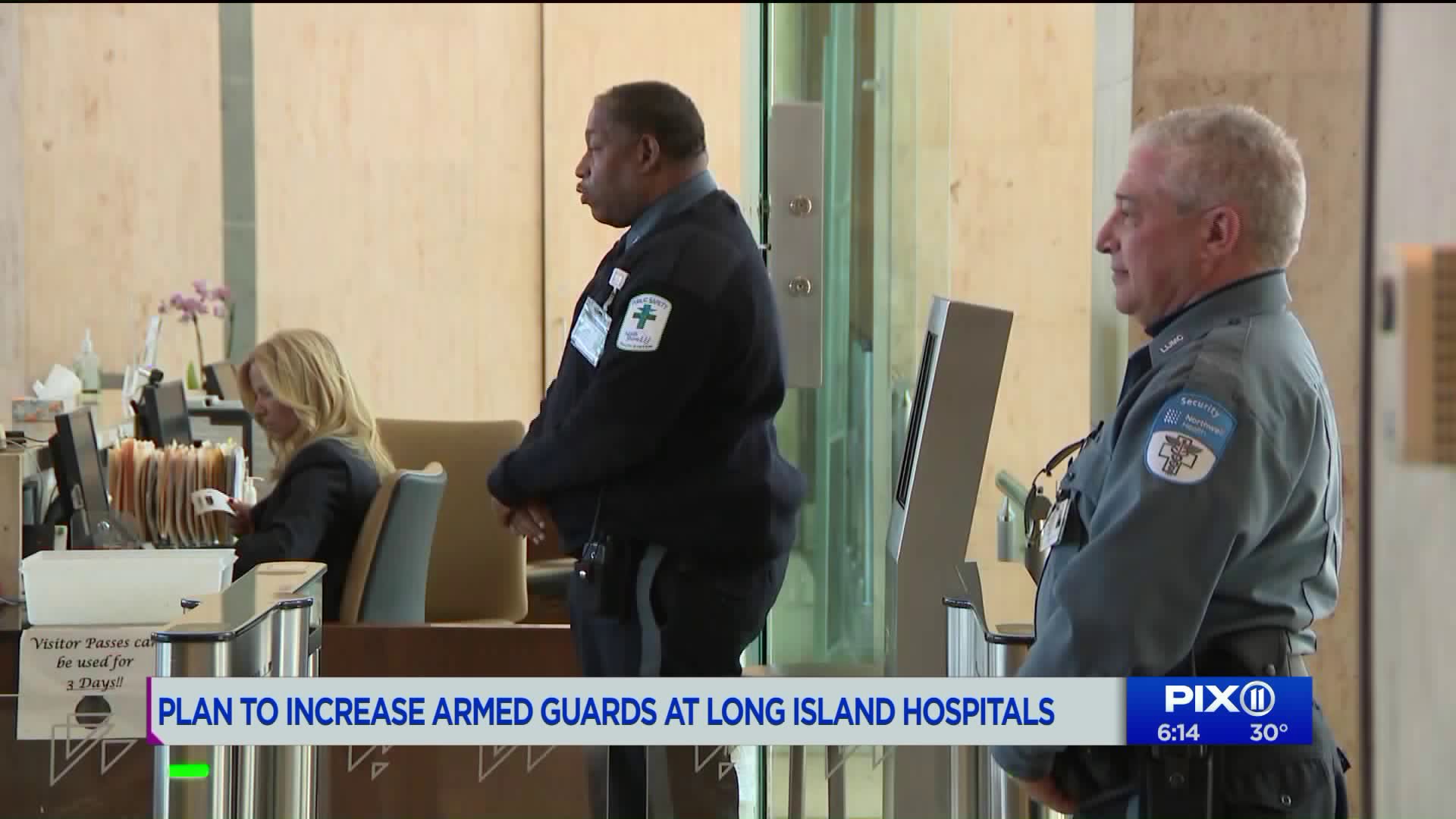 Armed security guards will soon work at 13 Long Island hospitals following an uptick in violence at Northwell Health hospitals, according to security officials there.

Northwell 23 hospitals total. James Romagnoli is one of the heads of security.

“We’ve seen some very serious assaults against staff either by patients or disgruntled employees," he said Tuesday. "We’ve had incidents involving gangs where firearms have been fired on our campus.”

“I think the incidents like Parkland and Bronx Lebanon Hospital are instances that substantiated our train of thought in being more proactive and elevating our level of security.”

For those who may not want to walk into a hospital and see a firearm on a security guard, Romagnoli says it will keep all hospital staff, patients and visitors safe.

Officials at Northwell hope to have armed security guards at all of their hospitals within the next two years.