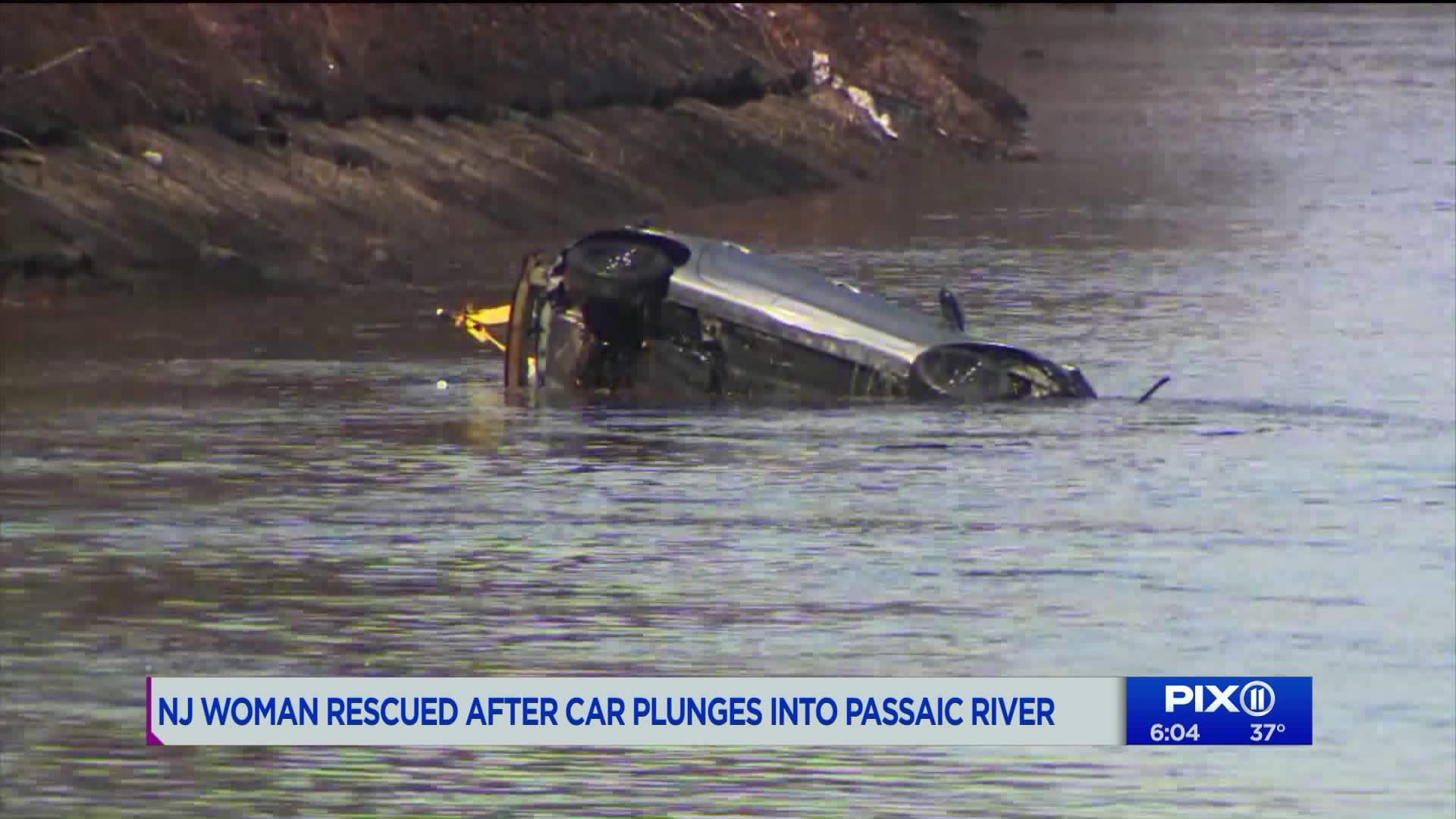 A Navy veteran saw what happened and sprang into action to rescue the driver. She suffered from hypothermia. Police say they don`t know why the car veered off the road and into the river.

NEW JERSEY — A Navy veteran sprang into action and rescued a woman after her car veered off a New Jersey highway on Monday and plunged into the cold water of the Passaic River.

Michael James, 37, was driving on Route 21 North around 9 a.m. when he saw what had happened. A 22-year-old woman's car hit the guardrail and went want it.

She managed to crawl out a back window and was perched on the car, but she couldn't swim.

" When the car went under, so did she," James said.

So he went into the frigid water after her

Police showed up and threw a rope in. The woman grabbed it and was pulled to safety. Another rope was thrown to James.

James was treated at the hospital for hypothermia. He said the scariest part  was "not knowing if we were going to make it back."

The woman's identity has not been released. It's not clear if the wintry weather played a factor in what happened.