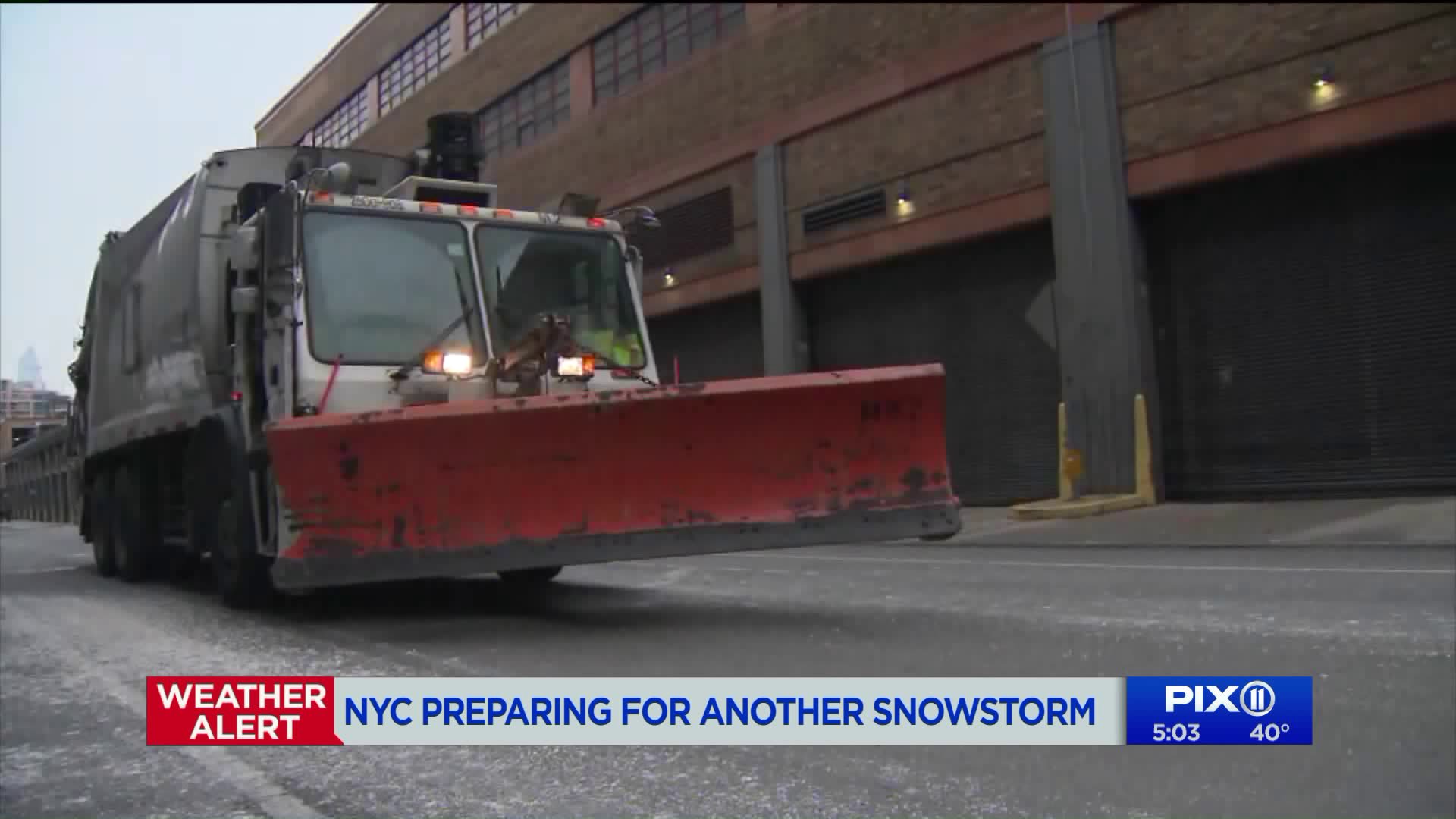 The storm will be a heavy, wet snow, so get your snow-clearing equipment, shovels and your back ready. A Winter Storm Warning is in effect.

Perhaps Mother Nature was saving the worst for last?

In a season notable for little snow, the tri-state area area woke up to news Sunday that the National Weather Service has upgraded the region to a Winter Storm Warning, all but confirming that a substantial storm is on the way.

The storm will be a heavy, wet snow, so get your snow-clearing equipment, shovels — and your back — ready.

The warning goes into effect at 1 p.m. Sunday.  Radar shows the initial precipitation could arrive here between 2 and 5 p.m.,  from southwest to northeast.  Warmer air could see the precipitation start as rain, but it should be all snow by late evening as temperatures plummet. The heaviest snow is not expected to begin falling until late evening, with 9 p.m.  Sunday and 4 a.m. Monday morning expected to see snow falling at a rate of 1 to 2 inches per hour.

It seems a general 3 to 6 inches is likely south and east of the city;  6 plus in the northwestern suburbs, with the city being the dividing line. Expect lower amounts as you head south down the New Jersey shore.

Craig Allen, who will bring you reports tonight at 5 p.m. and 10 p.m. on PIX11, and during the day and evening on Facebook, breaks it down:

1.) This is going to become a 'nowcast' situation by this evening. In other words, watch the trends. Global maps like GFS/Euro/GEM etc will not be as helpful as regional maps like NAM3/HRDPS/HRRR and RAP...plus our own eyes!

2) For now, I think many areas will see a late day start of snow and/or rain. The dynamics of the storm will induce colder temperatures so a change to snow is likely. The location of the storm track will determine how much of that will happen.

3) And here's another thing- without a fresh new source of cold air to tap into to, the surface temperature will hover a degree or two +/- of 32. This is very critical to how much will stick.

4) The intensity of the snow will likely overcome a warm ground but at times when it's light, it may start to melt. In fact, if this was a daytime storm, I don't think things would be too bad at all on the roads!

5) So who gets the heaviest snowfall rates? Well that's something you don't know until those typical bands set up. It happens in ever storm but there's no way of knowing where until they form. Then suddenly, you're getting dumped on while two towns over it's just flurries.

6) Let's add another variable. Warm air will try to push up from the ocean. If the wind veers away from northeast at all and becomes more easterly, coastal temperatures will rise.

7) The primary wind direction is being determined by the storm. In other words, it will be a cyclonic east or northeast wind. It is not an anti-cyclonic wind around a cold High to the north.

After a winter notable for its paucity of snow, the region is making up for lost time.

Each of the last three systems have been getting bigger. First we got under 1 inch on Thursday morning. Then just 1.5 inches on Friday morning. Saturday morning we had 1.5 to 5 inches, depending on where you live. As usual, storm tracks and your location play big roles, and almost every storm has a few pockets of heavier rates.

This next system is going to be a genuine headache because it's the biggest, and wettest, of them all. Fortunately, the storm will be out of here by Monday morning.

Monday will be windy and cold with highs mostly in the 30s. Then even colder air comes pouring in for the middle week.Tuesday, Wednesday and Thursday will feature a mix of clouds and sun. Some flurries and temperatures running 10 to 20 degrees below average are possible.

Highs will likely only be in the 20s, with night temperatures in the teens and single digits. Then, yet another storm is possibly on the way and could hit next weekend.

Watch: Gov. Cuomo briefs the public ahead of Sunday's storm.