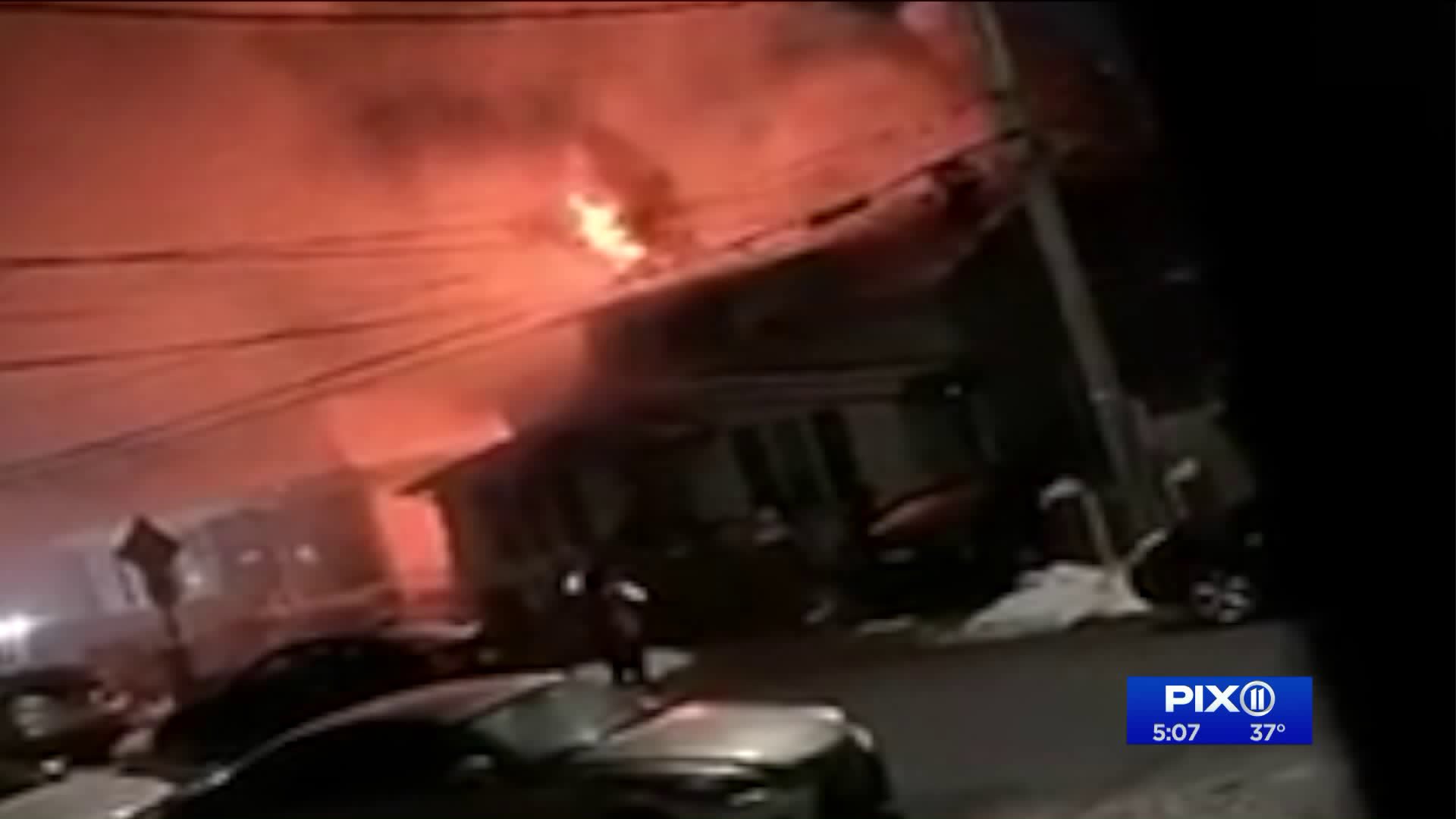 An 8-year-old boy is dead after a fire tore through a Queens house early Sunday morning, according to the FDNY. Seven other people sustained injuries and were treated at Long Island Jewish Medical Center.

Warning: This video contains surveillance footage that some may find disturbing.

SPRINGFIELD GARDENS, Queens — An 8-year-old boy is dead after a fire tore through a Queens house early Sunday morning, according to the FDNY.

The fire broke out at the two-story Springfield Gardens house, located on 160th Street and 140th Avenue, just before 2:30 a.m., police said. It was under control about an hour later.

The victim, identified as Tighani Jones, was found unresponsive and unconscious and pronounced dead at the scene.

"Our city awoke to a heartbreaking tragedy this morning with the news that an 8-year-old boy in Queens died in a fire last night," Mayor Bill de Blasio tweeted. "Investigations are underway, but our hearts and prayers go out to his family and all who loved him today."

Fire marshals determined the fire was accidental. It was started by a candle.