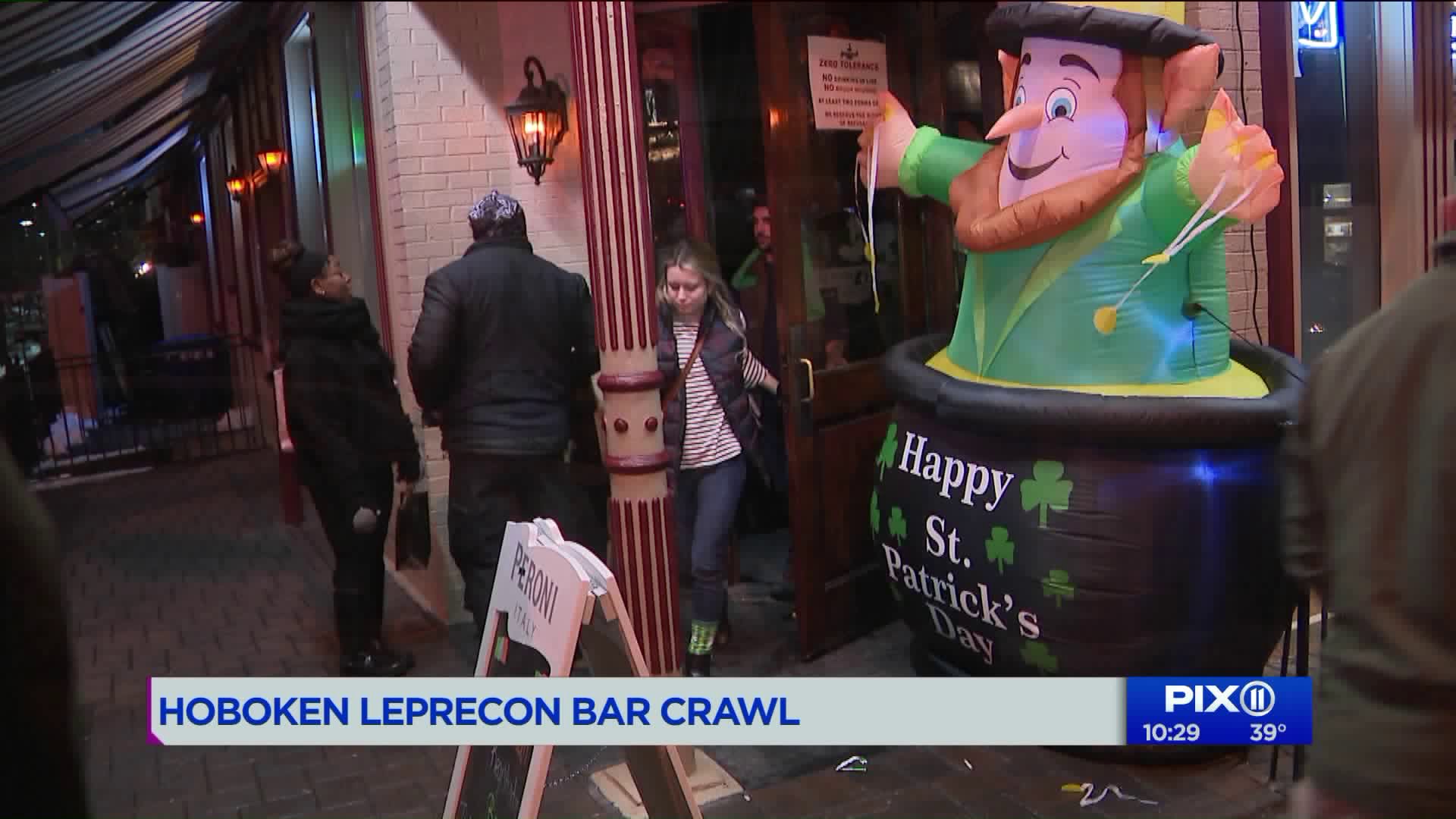 Hoboken`s annual LepreCon pub crawl has a notorious reputation for getting a bit too rowdy in the past, but this year`s early St. Patrick`s Day celebration was scaled back and noticeably quiet.

Some might say Hoboken's annual LepreCon pub crawl has a notorious reputation for gettin a bit too rowdy in past years. This year was very different.

While 20 bars participated back in 2017, only eight bars took part in the early St. Patrick's Day celebration this year, and the difference was apparent.

PIX11's Cristian Benavides caught up with a few of the revelers out and about for the pub crawl to get their take on the noticeably toned down event.

"Usually it's packed. It's usually a mob scene everywhere," one celebrant said.

Not this year, though – and that's just the way city officials like it.

"From a law enforcement sense, a very successful night," Hoboken Chief of Police Kenneth Ferrante said to PIX. "Whenever we have these events we are concerned about people getting injured [and] reckless behavior."

Lack of attendance has been blamed partly on weather, but mostly on the city's crackdown on pub crawls like LepreCon and the infamous SantaCon, an annual holiday-themed pub crawl in December.