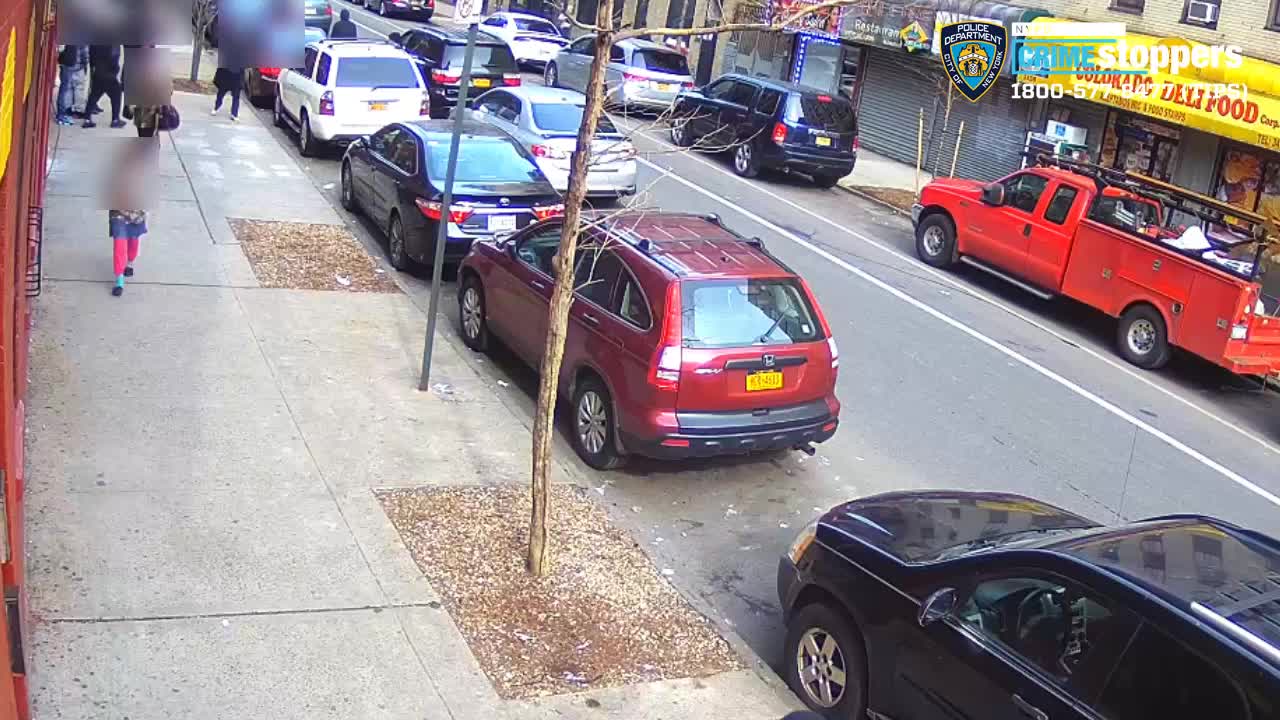 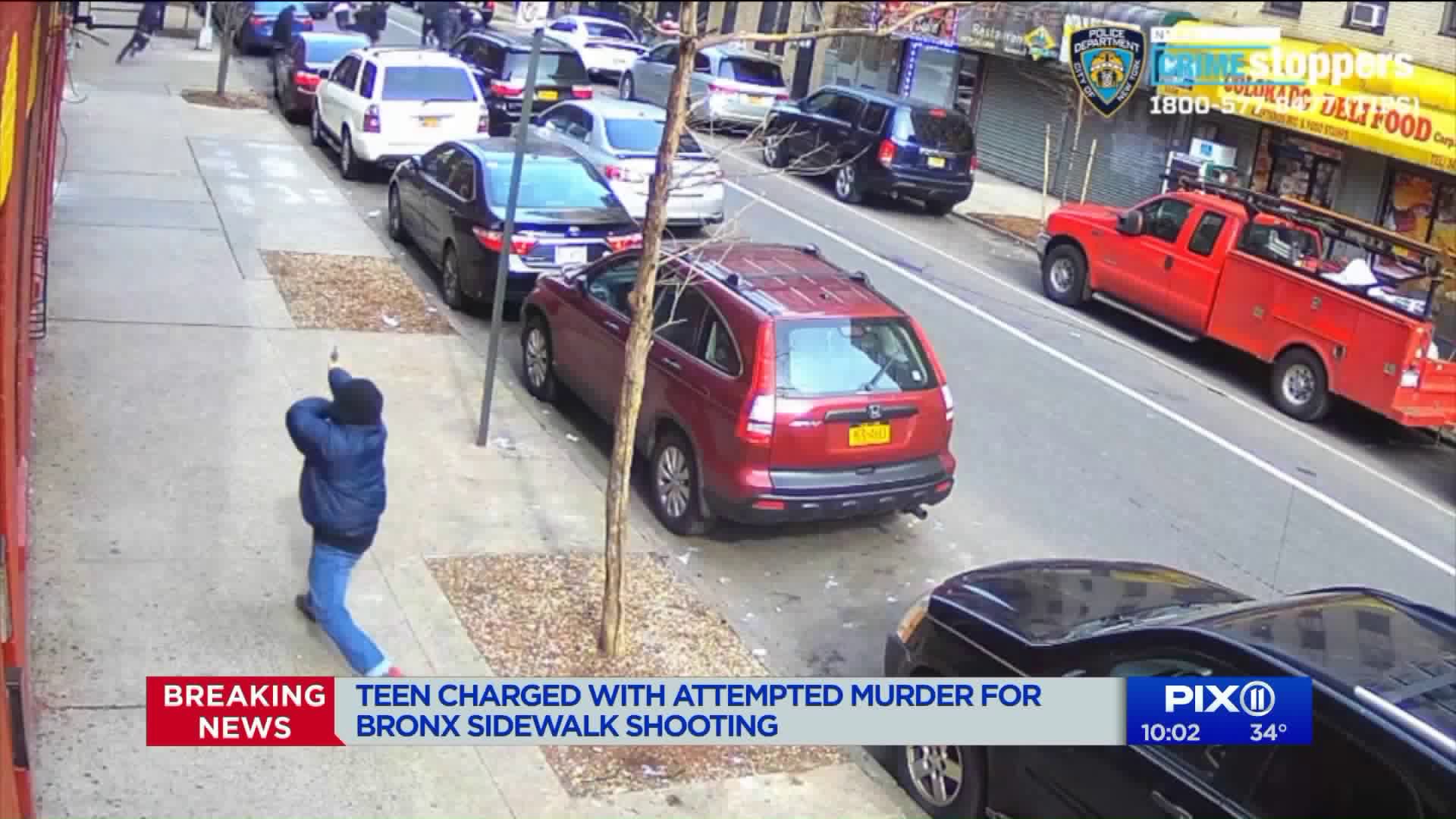 CONCOURSE, the Bronx — Police have charged a teenager after a he allegedly opened fire at a crowd in the Bronx with children nearby.

Edgar Garcia, 16, was taken into custody in connection to the incident, police announced Friday afternoon.

According to authorities, the teenager was officially charged Friday night with attempted murder, criminal use of a firearm, criminal possession of a weapon, reckless endangerment, and attempted assault.

Garcia, who lives in East Harlem, will be tried as an adult, police confirmed Friday.

Garcia is accused of approaching a 19-year-old man who was with four others in the vicinity of Gerard Avenue and McClellan Street in the Concourse section of the Bronx last Friday.

He displayed a firearm and fired at least three rounds at the victim with several people, including young children, standing nearby, police said.

Police believe the shooting stems from an ongoing dispute between two suspected gangs.

After the surveillance footage went viral of crowds and a child with a backpack running and ducking for cover, several tips came in and detectives were able to work quickly and find Garcia.