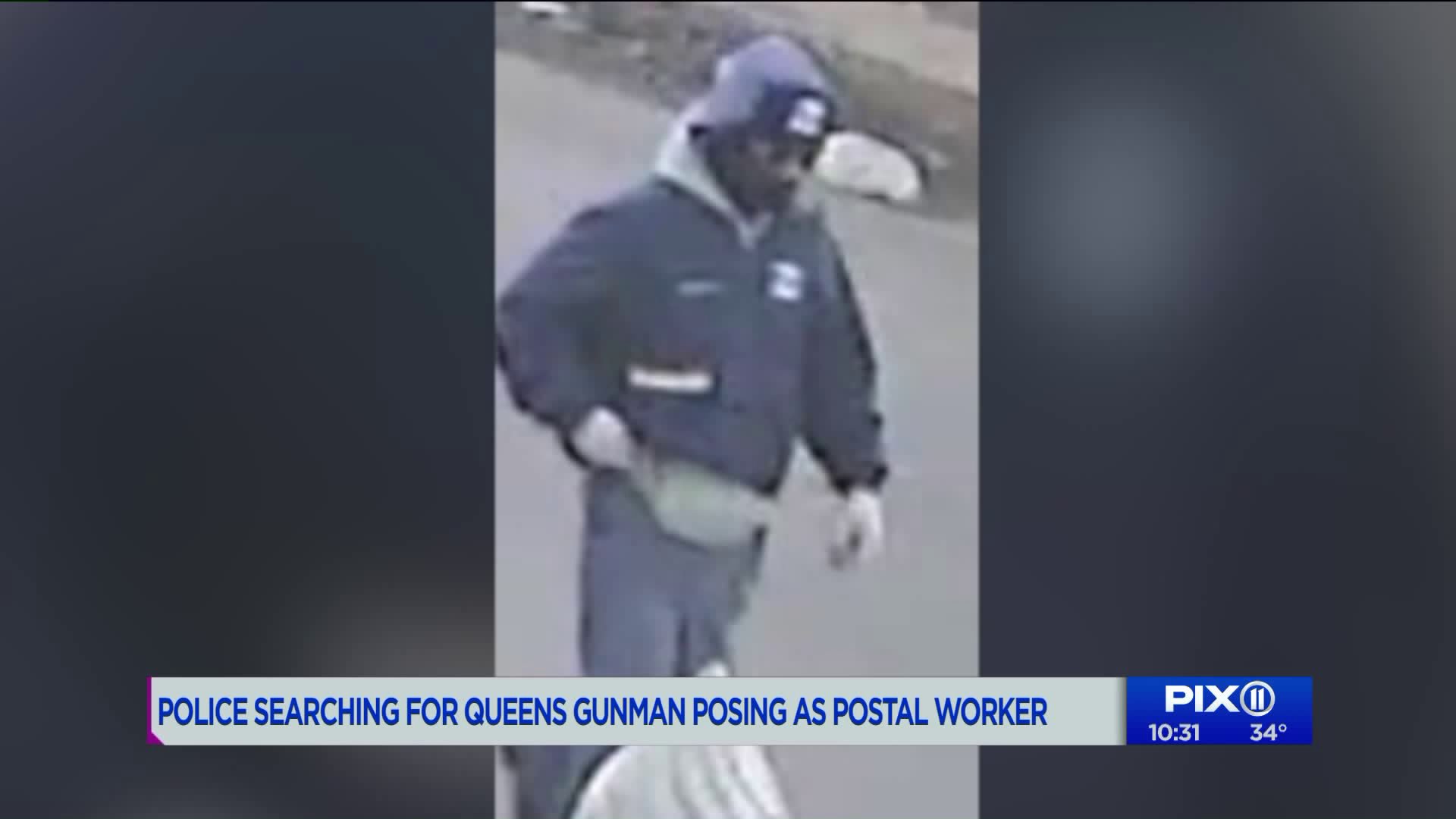 Police are looking for a man dressed in what appeared to be a postal worker uniform they say might have shot a 57-year-old Queens man in the chest, when he opened his front door earlier this week.

JAMAICA, Queens — Police have released an image of a man they believe might have shot a 57-year-old Queens man in the chest when he opened his front door earlier this week.

Police responded to a call of a man shot inside a home along 171st Street and 103rd Road in Jamaica shortly before 6 p.m. on Tuesday, Feb. 26.

Rizwan was taken to Jamaica Hospital Medical Center where he was pronounced dead.

In the newly released surveillance image, the suspect appears to be wearing a postal worker-type uniform.

Authorities have not commented on what the suspect was last seen wearing.