Psychologist says Momo Challenge hoax is ‘nothing but lore’ 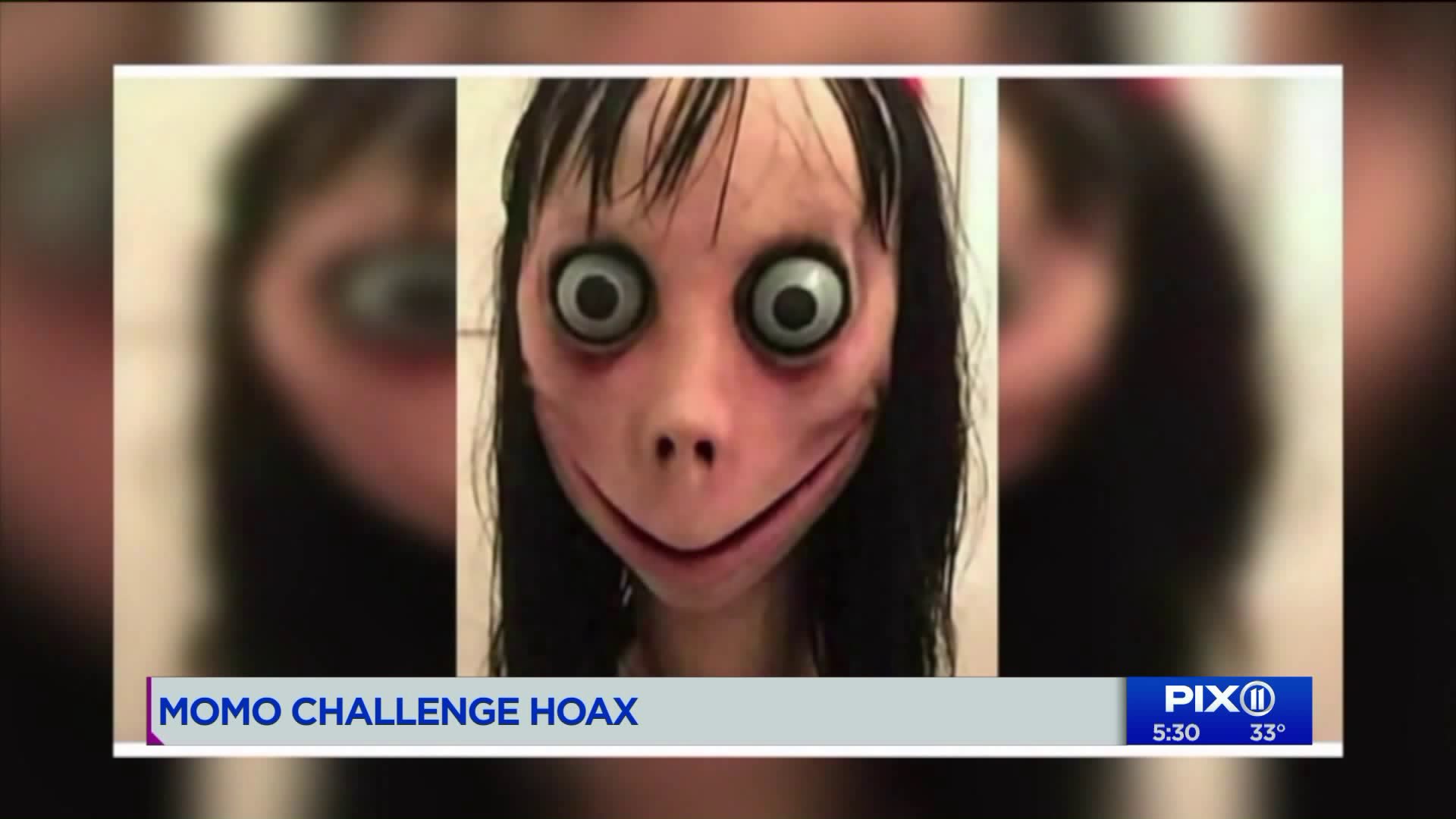 The Momo Challenge is a hoax that`s been debunked numerous times but the disturbing image has gone viral again. We talked to experts about what parents can do to comfort, protect and educate their children about these kind of online scams.

MIDTOWN — It may be a viral hoax, but the Momo Challenge could seem very real to some young children.

"She basically started talking about monsters and the monster who's going to hurt her, and I told her, 'there is no monster,'" Stephanie Pena said to PIX11 News.

The Sunset Park, Brooklyn, mother said her 3-year-old daughter has been terrified recently by the extremely creepy image of a woman with bulging eyes on bird’s feet. The hoax alleges that memes and videos of the character encourage children to harm themselves.

"Parents should let their children know that the Momo Challenge is nothing but lore," Dr. Jeff Gardere, a clinical psychologist, told PIX11. "It is not real. But we can learn from it not to allow people to tell us what to do when it comes to inappropriate action," he added.

The creepy fictional character at the center of the viral Momo Challenge hoax.

The Momo Challenge hoax is nothing new. In fact, it’s been around since at least 2016.

But this latest viral round may have may have been sparked by a Kim Kardashian tweet calling out Youtube to stop the scary image of the woman from appearing there.

While some parents of young children claim that clips have been popping up on YouTube videos meant for toddlers, YouTube tweeted that no one at the company has seen "recent evidence of videos promoting the Momo Challenge on YouTube."

However, even the most diligent of parents, like doctor Stacey Fanning, who monitors what her 6-year-old daughter watches.

"In her school, kids intermingled with older kids she gets exposed to hoaxes on line,” Dr. Fanning said.  "I tell her, 'you don’t need to be scared about this,'” she added.

Experts have given some tips to protect children from hoaxes like Momo:

Schools districts across the tri-state area are sending home letters warning parents about this challenge hoax and encouraging them to talk to their children about it.