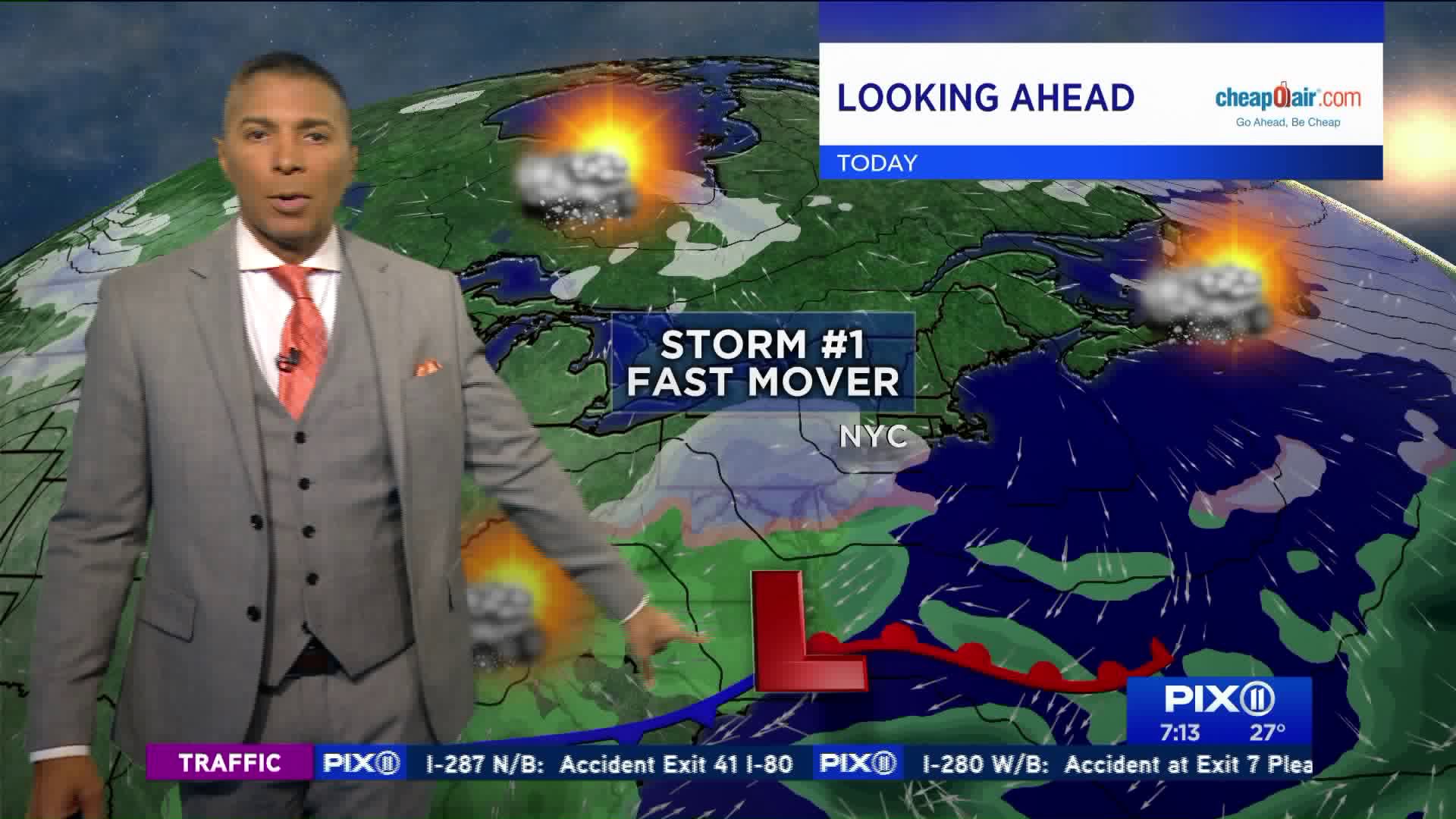 A fast-moving storm system brought light snow parts of the tri-state area during the Friday morning commute as two more threats of a wintry mix make their way to the region.

NEW YORK — A fast-moving storm system brought light snow to parts of the tri-state area during the Friday morning commute, and threats of additional snow will linger throughout the weekend.

The early snow prompted late starts to several schools in the region before tapering off during the late morning hours.

Temperatures continue to be chilly and below average, reaching a high of 36 degrees in New York City and the mid-30s in the suburbs.

The normal high temperature in Central Park is usually 45 degrees.

Motorists are advised to travel with caution as roads may be slippery and hazardous and visibilities will be reduced.

As the first storm system ends, a second one is expected to make its way to the region by late Friday night into early Saturday.

During the second storm system, parts of NYC and surrounding areas have the potential to get anywhere between 1 to 3 inches of snow.

The system should depart by midday on Saturday, but the clouds will remain through the afternoon. Highs will be in the lower 40s.

A more complex storm system moves in late on Sunday and continues into Monday.

If the system stays off the coast, this could bring a lot of snow across the entire region. Should the storm track closer to the coast, this will be a rain and snow event for coastal sections.

Rain or snow, the storm should depart by midday on Monday. Afterwards, it will be a cold week with temperatures in the low to mid 30s and overnight lows could be in the teens.