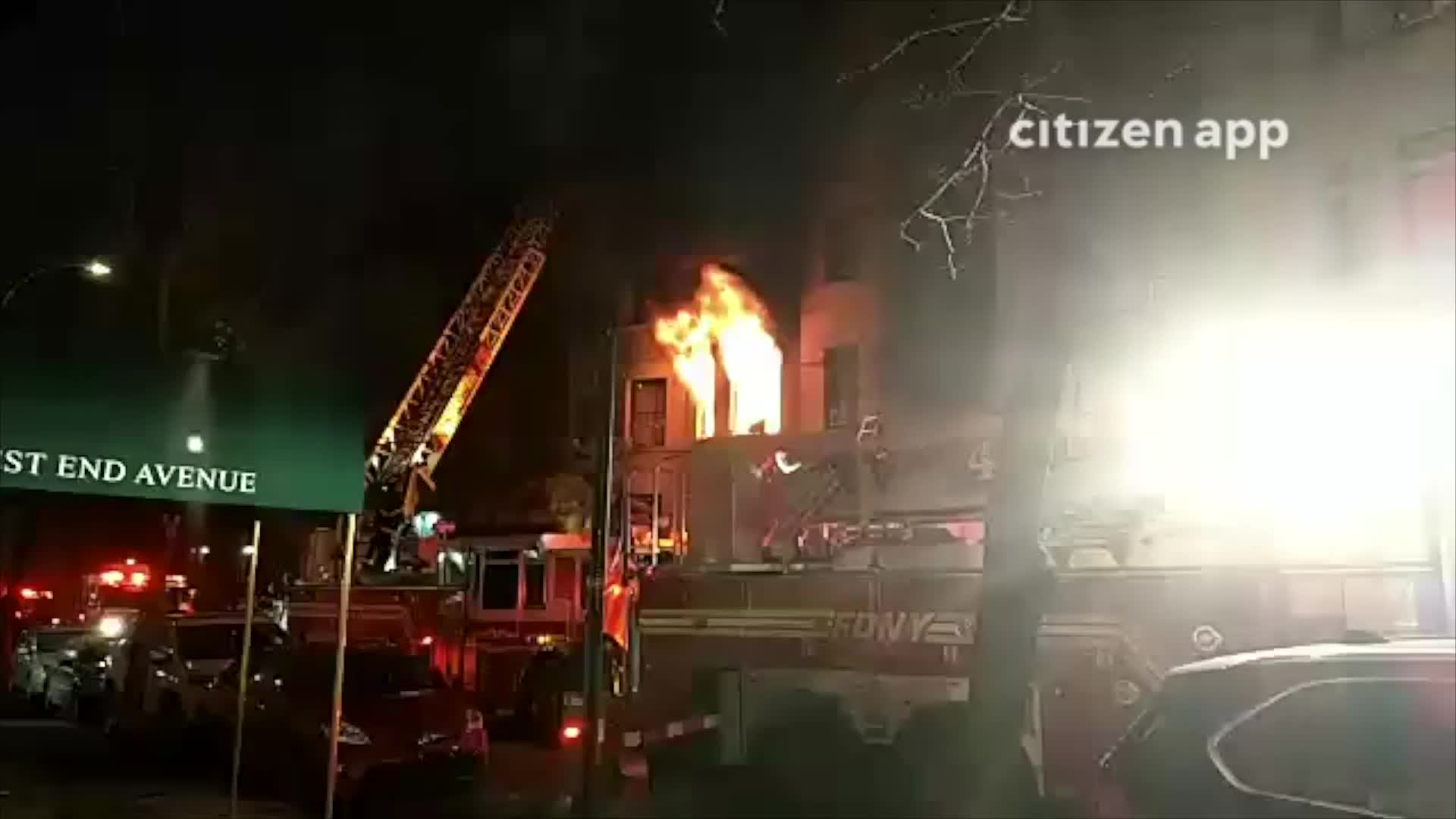 UPPER WEST SIDE, Manhattan — Authorities are investigating a fast-moving fire that erupted in a multi-story Upper West Side apartment early Friday morning.

They arrived to find flames billowing from the second floor of a five-story apartment building at that location, FDNY said.