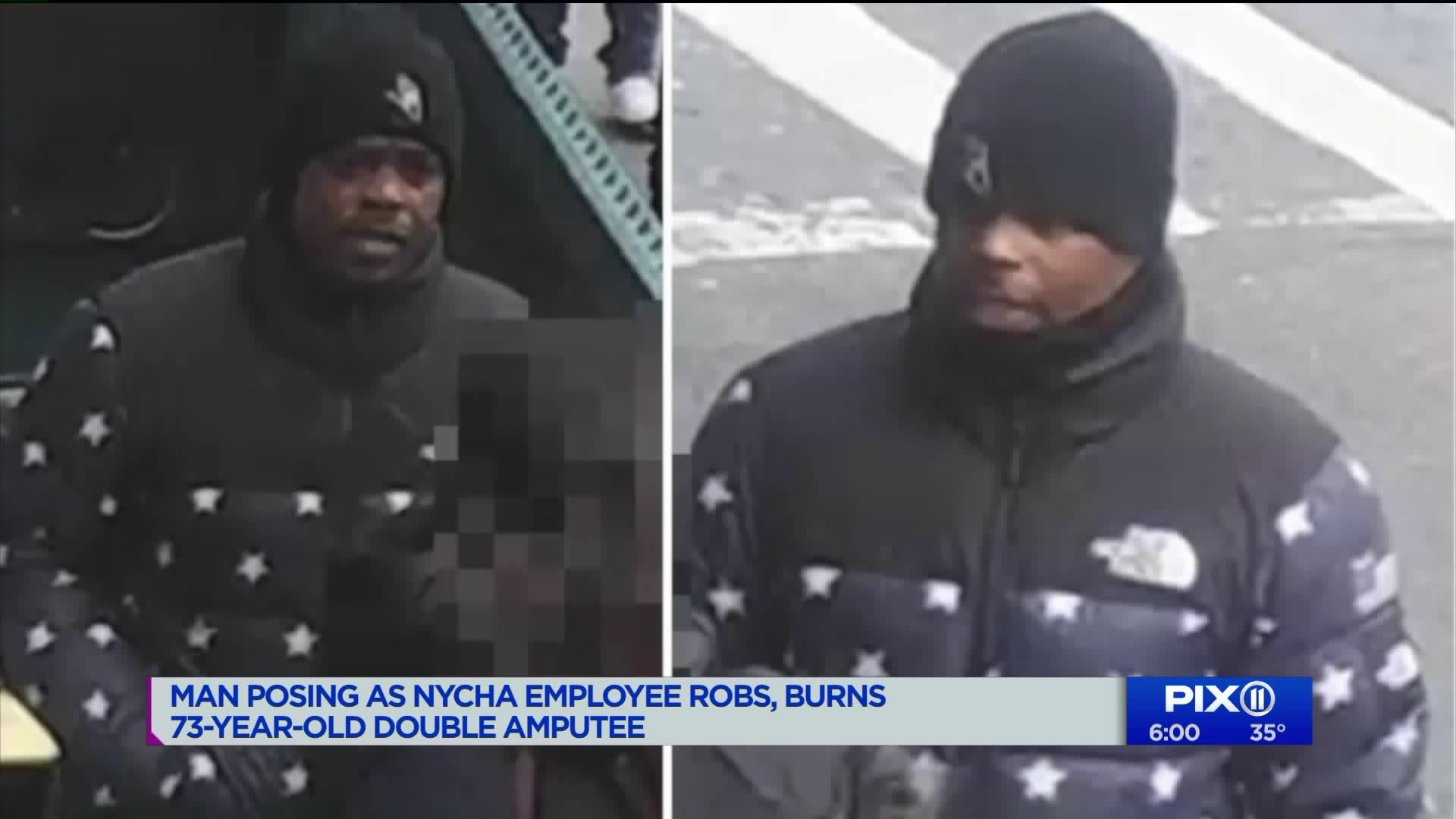 A man posing as a NYCHA worker is being sought after he allegedly burned a 73-year-old man with a hot knife during a Wednesday robbery, police said. The man fled the scene with $300 while the victim was rushed to New York Presybyterian Hospital and treated for injuries.

LOWER EAST SIDE, Manhattan — A man posing as a NYCHA worker is being sought after he allegedly burned a disabled 73-year-old man with a hot knife during a Wednesday robbery, police said.

Police are looking for the man pictured above, who they say impersonated a NYCHA worker during a robbery on the Lower East Side (NYPD).

The perp knocked on the homeowners door at the Vladeck Houses, located between Madison and Water streets in the Lower East Side, at about 2:30 p.m. When the man, a double amputee, opened the door, the NYCHA impersonator demanded money while displaying a gun, before burning the victim on the knees with a hot knife. He then fled the scene with $300.

The victim was rushed to New York—Presybyterian Hospital and treated for his injuries.

"Usually you look through the peephole, you see 'NYCHA' on their hat and you let them in, so this is a bit scary," Vladeck Houses neighbor Jasmine McNeill said to PIX.

Maria Pichardo, another resident, said the lock on the building's main door was broken all last week. "Everybody go in and out, in and out, because the keys – something happened. I don't know. They fixed it yesterday [or] the day before," she said.

"If you did not call in a ticket or have a complaint in, there is no reason why anybody should knock on your door, saying that it's NYCHA," cautioned Nancy Ortiz, president of the Vladeck Houses Resident Association.

Police are now looking for the man, who they say is in his 30s, weighs about 150 pounds and is approximately 5 feet, 9 inches tall. He was last seen wearing a black skullcap, a North Face jacket with stars, jeans and black sneakers.

Surveillance video released by the NYPD shows the alleged perp standing on the street.