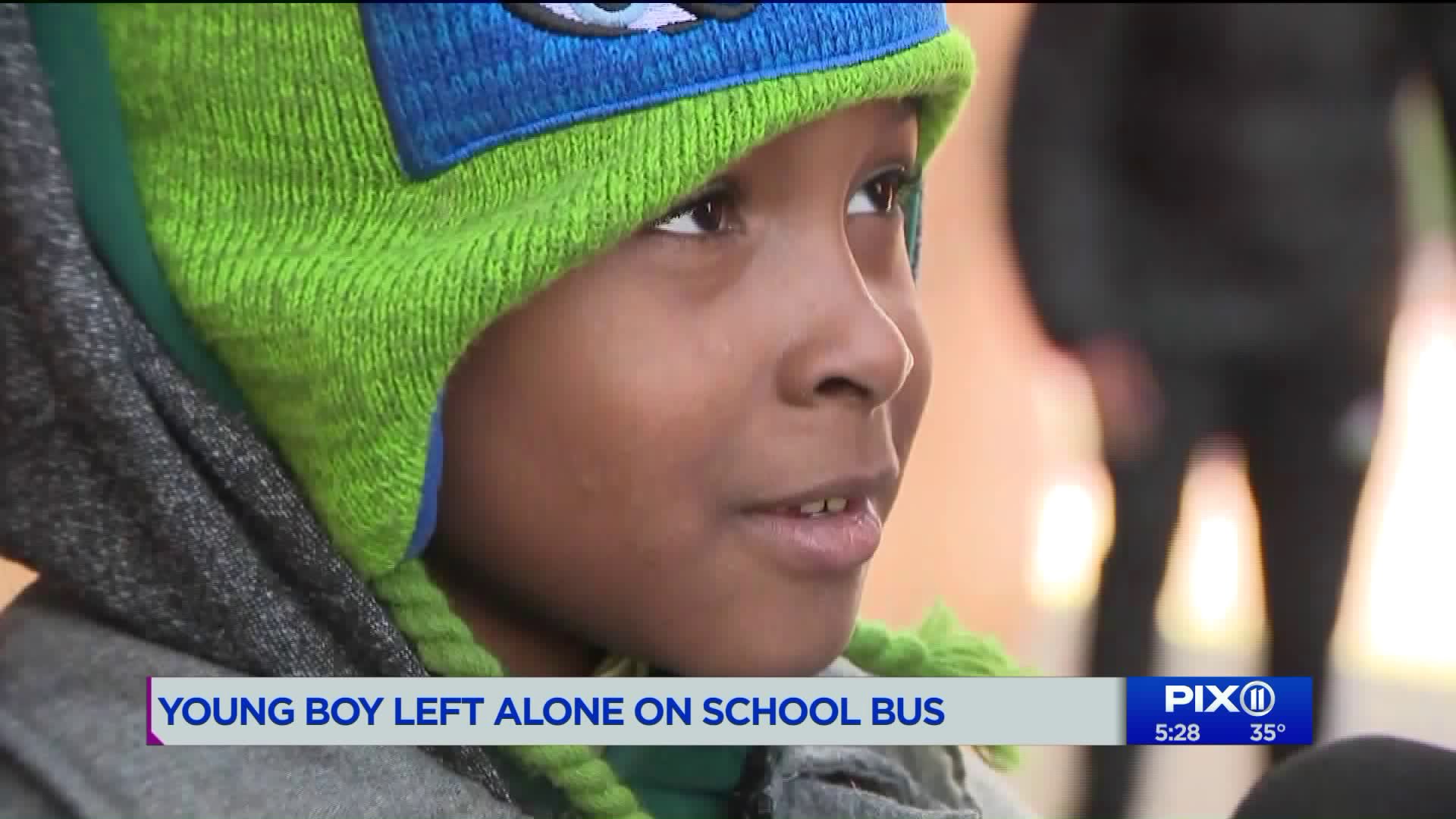 He got on the bus round 7 a.m., but never made it to school. The 6-year-old boy was found by a supervisor at the bus depot.

BROWNSVILLE, Brooklyn — A six-year old boy was left on a school bus for hours Wednesday morning.

“My heart dropped. I was scared, I didn’t know what to do,” said Ceira Funn, the boy's mother.

Funn told PIX11 she put her son Noah on the school bus around 7 a.m. and hours later she got a call from faculty at PS156 in Brownsville saying he wasn’t there.

"I’m like 'why wouldn't he be in school if I put him on a school bus with other kids and they got off fine? Why is he not in school? Where is he?'" she recounted.

She was told a supervisor found him asleep on the bus at a depot in Queens. He was eventually driven to the Brooklyn school, but because he has a speech delay and asthma, Funn took him to a doctor to get checked out.

According to the Department of Education, the incident was reported for investigation and the driver has been suspended.

Funn, who ironically works for the Department of Education as a paraprofessional, says she's not putting Noah back on a bus again and she wants bus drivers to get better training.