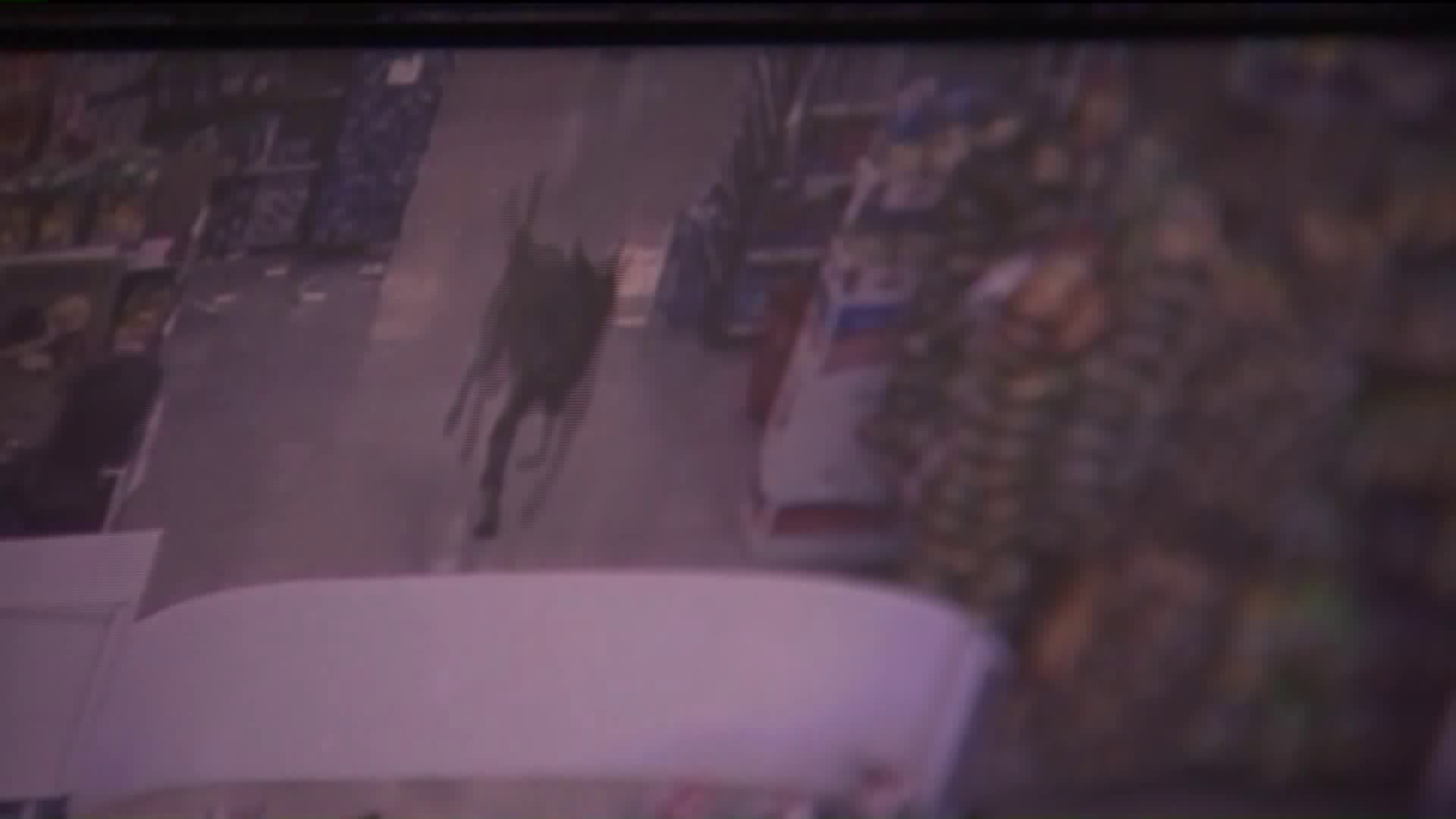 Three children were bitten by a dog at a McDonald`s parking lot in New Jersey Thursday morning. 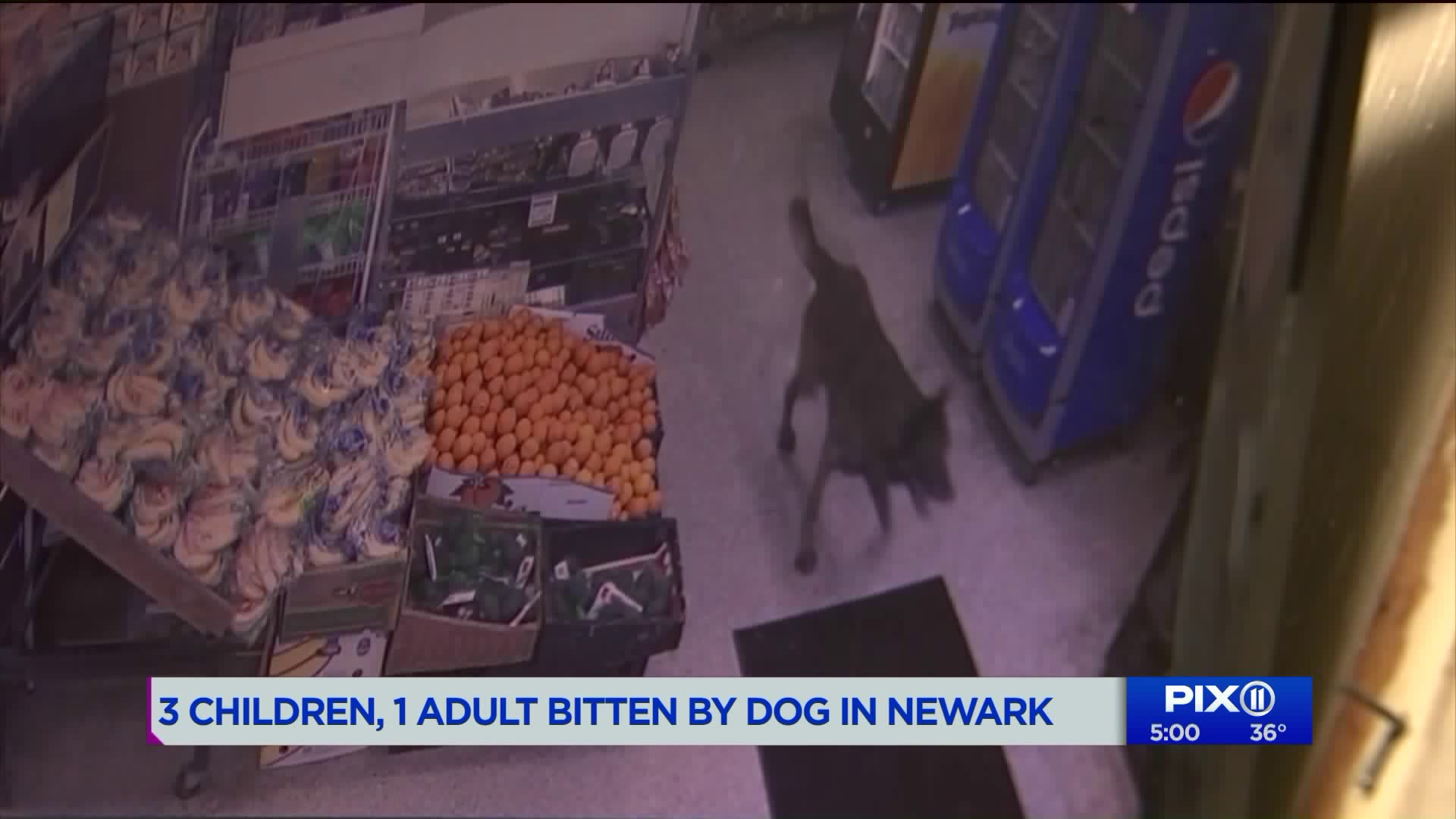 NEWARK, N.J. — A German Shepherd in Newark has been taken away from its owner after it got loose and bit three children and an adult Thursday morning.

Witnesses said the dog, which is normally at Rene's Motor Car Sales nearby, left the property and began running up and down Broadway, near Elwood Avenue, at about 8 a.m., when children were walking to school.

"A German Shepherd ran right out of the gate. I don't know who the left the gate open," sanitation work Al Miller said.

Miller was driving by in his truck when the dog escaped and said he tried to help the kids that were being attacked.

Running free, the dog even went inside the Twin City Supermarket. Surveillance video at the market caught the dog running up and down the aisles.

The supermarket shares a parking lot with a McDonald's restaurant. Newark Police said the children, ages 9, 11 and 12, were bit in the McDonald's parking lot. A man was also injured.

Jayson Marquez was walking with his brother to school when they saw the dog. They hid inside the McDonalds.

"Everyone running around and screaming, of course he is going to act vicious," Marquez said.

Officials said the dog even made it inside Luis Munoz Marin Middle School for a short time, which is next to the McDonalds. Nobody was injured inside the school.

One neighborhood man told PIX11 he knows the dog well. He said he pets it and gives it treats. "He is normally friendly. Maybe he is all excited. I hope they don't put him down," he said.

Newark Police said Animal Control took the German Shepherd from the scene and the owner cooperated.

The owner was not at the auto shop Thursday after the incident.

The injured man and children were taken to a nearby hospital.

Police said they were in stable condition with only superficial wounds.