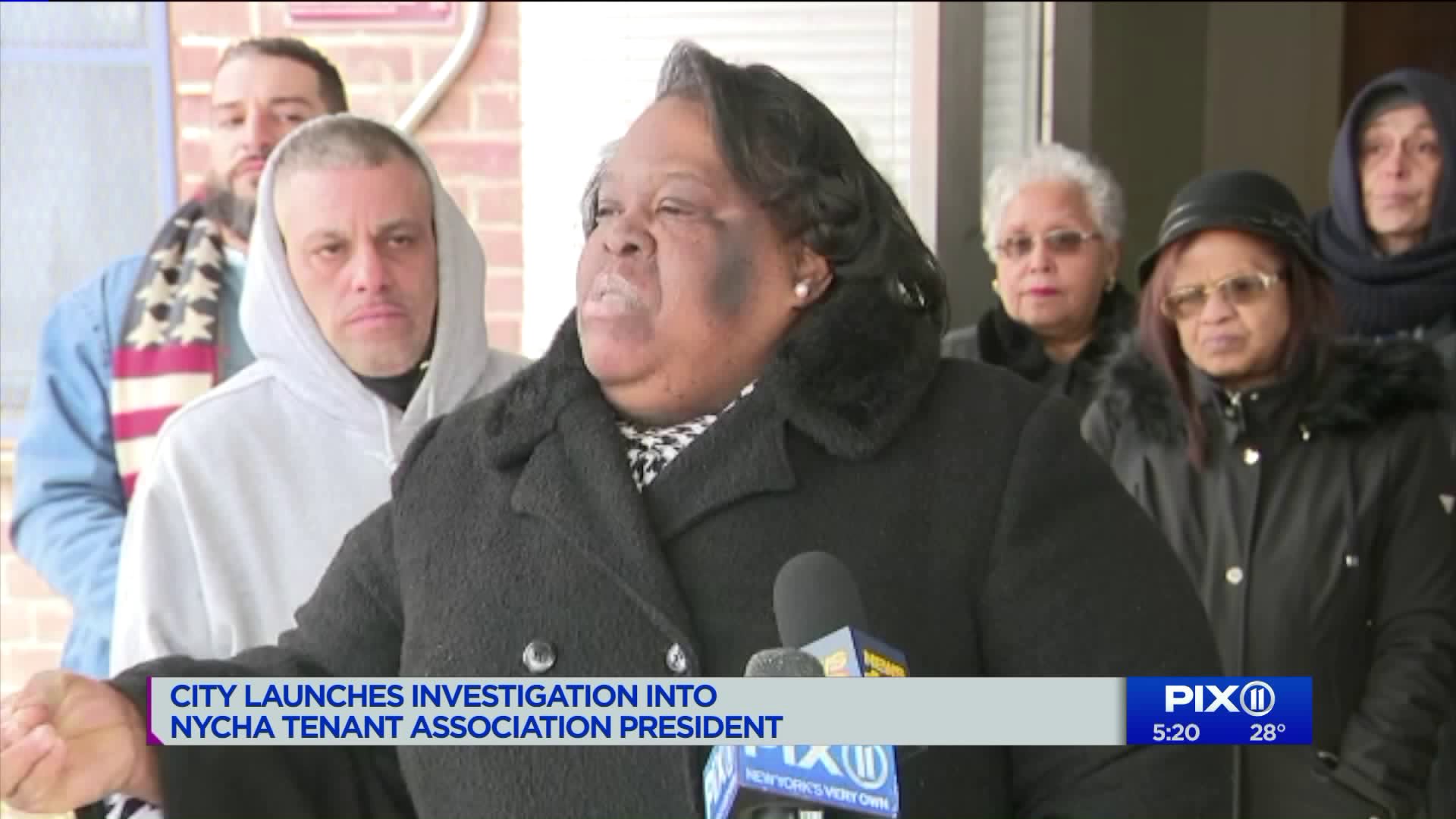 A new NYCHA investigation released Tuesday targets Monique Johnson, a NYCHA tenant association president who was the whistleblower. Johnson alleges the investigation is retaliation from the city.

She alleges it's retaliation.

Johnson says she is now forced to defend herself, after the DOI released a report Tuesday saying Johnson, "for years inappropriately diverted NYCHA staff time and funding for tenant association purposes, thus depriving other Throggs Neck tenants of needed resources."

"I expected them to retaliate. That's the nature of the beast," said Johnson.

PIX11 first told you about the allegations at Throggs Neck back in August. A several-month-long DOI investigation showed top NYCHA managers drank on the job, had sexual relationships and mistreated workers.

Not proven were allegations of sex parties on the job. Over 40 workers were transferred to other developments.

"I don’t mind being the topic of conversation, just get it right. We have 1724 apartments [and] we only have four maintenance guys," Johnson said.

Investigators also said Johnson demanded, "renovations in her own apartment and the TA office, and enlisted Bronx borough managers to instruct development staff to follow her direction."

Improvements included a security camera system for almost $5,000 and a stove for over $500 for her office. Johnson also allegedly demanded workers paint her bathroom purple.

According to the DOI report, Johnson was previously investigated for this type of behavior in 2013.

"How do you mismanage something that is not in your possession," said Johnson on Wednesday.

The City Council will have a public hearing concerning both of these DOI investigations on Monday, March 5, at 10 a.m.

Johnson said she will be there. NYCHA bosses are also expected to testify.