NJ Transit service resumes after suspension in, out of NY Penn Station 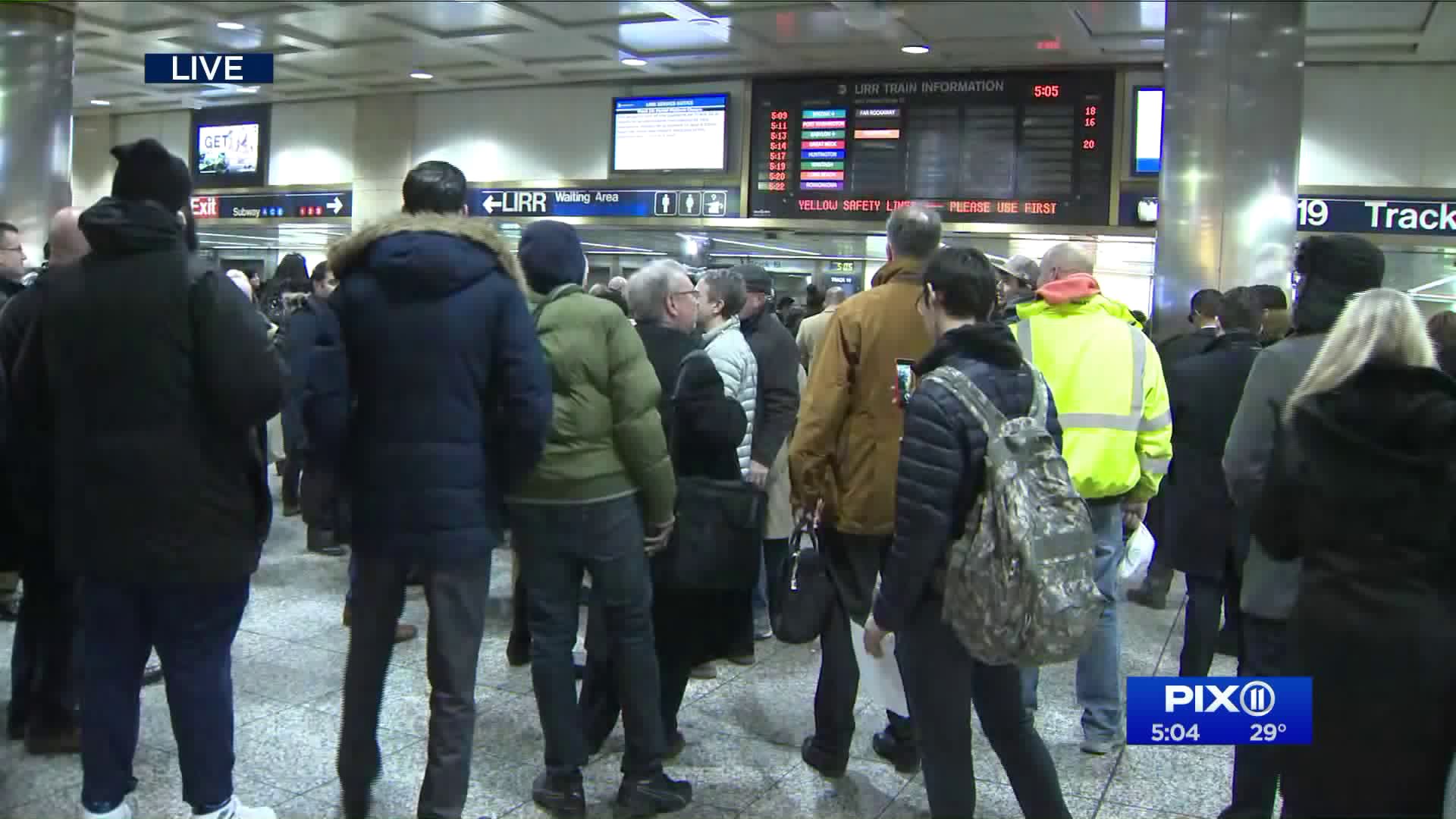 NJ Transit bus and private carriers accepted rail tickets and passes for the department, and PATH is accepted passes at Newark, Hoboken and 33rd Street during the incident.

NEW YORK — NJ Transit service was temporarily suspended in and out of New York Penn Station because off Amtrak overhead wire issues Wednesday afternoon, according to the department.

The incident was reported just after 2:20 p.m. Service resumed in under 30 minutes, but commuters continued to face delays up to 30 minutes.

NJ Transit bus and private carriers accepted rail tickets and passes for the department, and PATH is accepted passes at Newark, Hoboken and 33rd Street during the incident.

Midtown Direct Line trains were diverted to Hoboken Terminal at the time, according to NJ Transit.

The situation unfolded the day after a Long Island Rail Road crash involving two trains and a vehicle caused "heavy delays" Wednesday across the area, according to the railroad service. Three people inside the vehicle died after officials said the driver maneuvered around gates to beat the trains.

During a news conference Wednesday morning, LIRR official Hector Garcia said there will be limited service during the evening rush hour, with 12 eastbound trains already canceled.

Light snowfall expected in the afternoon into the evening could also make for a messy rush-hour commute.

An inch or less of snow it likely in New York City. Larger amounts up to 3 inches are forecast north and west of the city.

Midtown Direct service will resume into PSNY with train 6648.

Rail service in and out of PSNY is suspended due to Amtrak overhead wire issues in Penn Station New York.