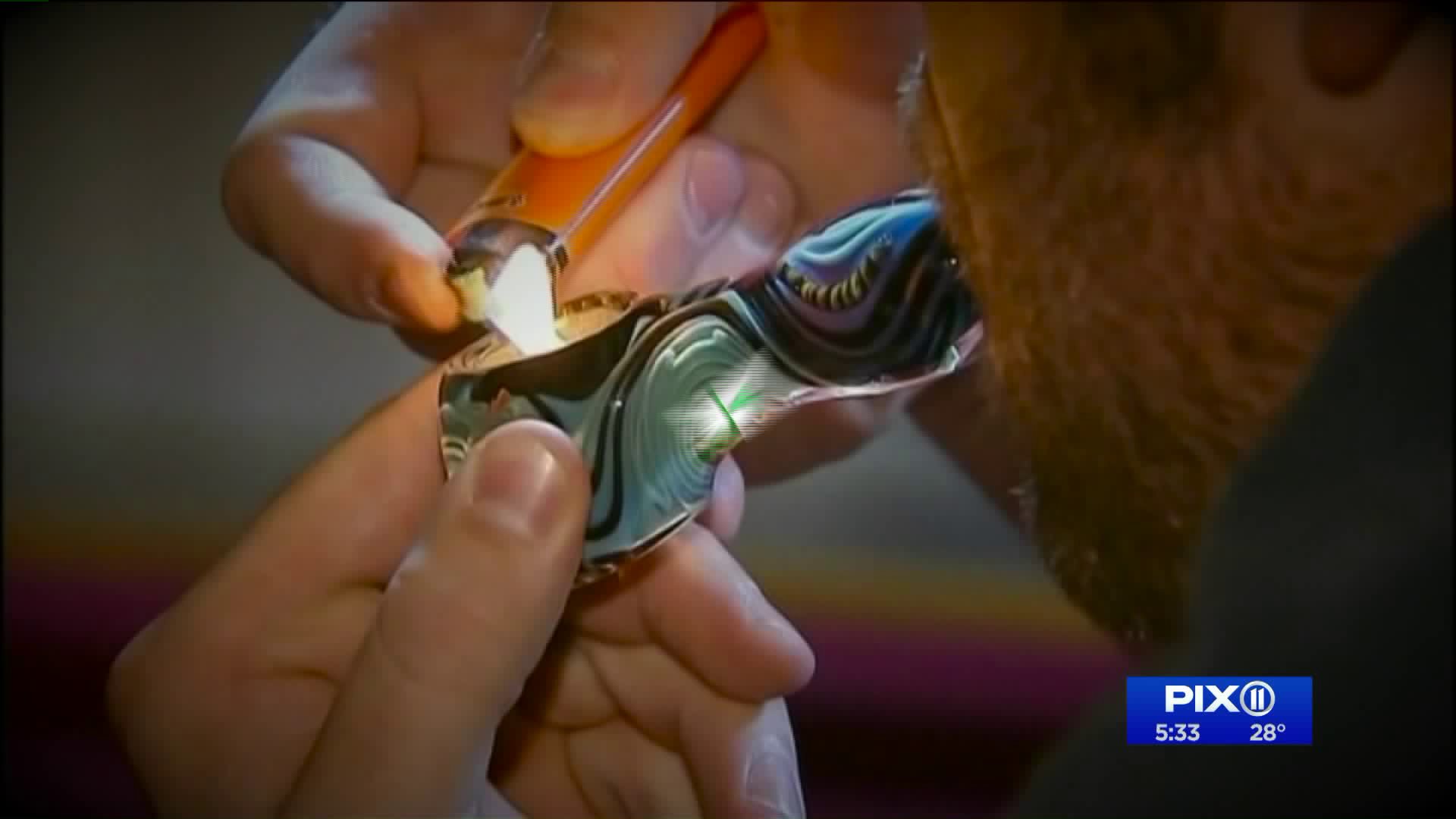 As New York moves closer to marijuana legalization, many are concerned about the impact it will have on road safety.

She knows all about the seven categories of drugs that traditionally impair driving skills.

“Some will slow you down, some will speed you up, make your eyes pinpoint,” McCormick said recently. “They all affect mental processing, and that’s the issue.”

We spoke to McCormick as New York State moves closer to legalizing marijuana—and in the wake of two, recent New Jersey cases, where a driver overdosing on opioids crashed his car.

In the first incident, a father and his teen son—on their way to a driving test—were killed at a gas station in Wayne, along with the attendant, after the driver of a Honda Pilot who was allegedly high on heroin slammed into several vehicles.

Narcan was administered to the driver, who had a heroin needle in his van and survived with barely a scratch.

McCormick told PIX11 that most drivers stopped in Nassau County for suspected, drugged driving are using something else.

“Marijuana and THC is the drug that most commonly comes up,” McCormick said.

“Most people think that marijuana’s going to slow you down,” the prosecutor said. “Most of the stops with marijuana are for speed.”

McCormick spoke of the 2012 crash on the Southern State Parkway, where 17-year-old Joseph Beer—high on marijuana — slammed his car into a tree off the parkway, killing four of his childhood friends from Queens.

Beer was traveling at a speed of 110 miles per hour. He was sentenced to five to fifteen years in prison.

The prosecutor also referenced a 2015 case, where John Aniano—also impaired by marijuana--slammed into a couple waiting at a stoplight on Sunrise Highway in Lynbrook.

They were on their way to get pizza but were killed on impact.

Aniano was sentenced to 8 1/3 to 25 years in prison for Aggravated Vehicular Homicide.

McCormick said just the conversation about moving New York toward legalization of marijuana has made drivers more brazen on local roads.

She said she was on her way to an appointment recently when she noticed something in another vehicle.

“The car in front of me had smoke billowing out the driver’s window,” McCormick recalled. “I could smell the pungent smell [of marijuana.]"

Governor Andrew Cuomo, who said in the past he had serious concerns about the legalization of recreational marijuana, changed his mind on the issue after an exhaustive study by researchers hired by the state.

On Tuesday, he and New York City Mayor Bill de Blasio announced an agreement that would have taxes from legalized marijuana sales—and midtown congestion pricing—pay for much-needed subway repairs.

Angel DeRuvo, a speech pathologist and concerned mom from Staten Island, opposes these kinds of plans.

“It’s a recipe for disaster,” DeRuvo told PIX11 earlier this week, upset about politicians and business people pushing for legalized marijuana. “Their greed is driving them, because they want the tax revenues.”

The governor has indicated he would advocate purchase of marijuana be allowed for consumers 21 years of age or older.

“The devil is in the details,” he said in December.

“This is going to positively, negatively impact public health,” Chassman said. “The strains of marijuana in THC products today are significantly higher than Mother Nature ever intended them.”

McCormick, DeRuvo and Chassman all point to research that came out of Colorado, which started selling recreational marijuana legally in 2014.

“If you go to Colorado, you’ll see that the number of fatal crashes has spiked,” McCormick noted.

McCormick said any bill making legal sales of marijuana into law needs to include money for Public Safety ads and messages, much like we’ve seen with alcohol over the years—and then opioids.