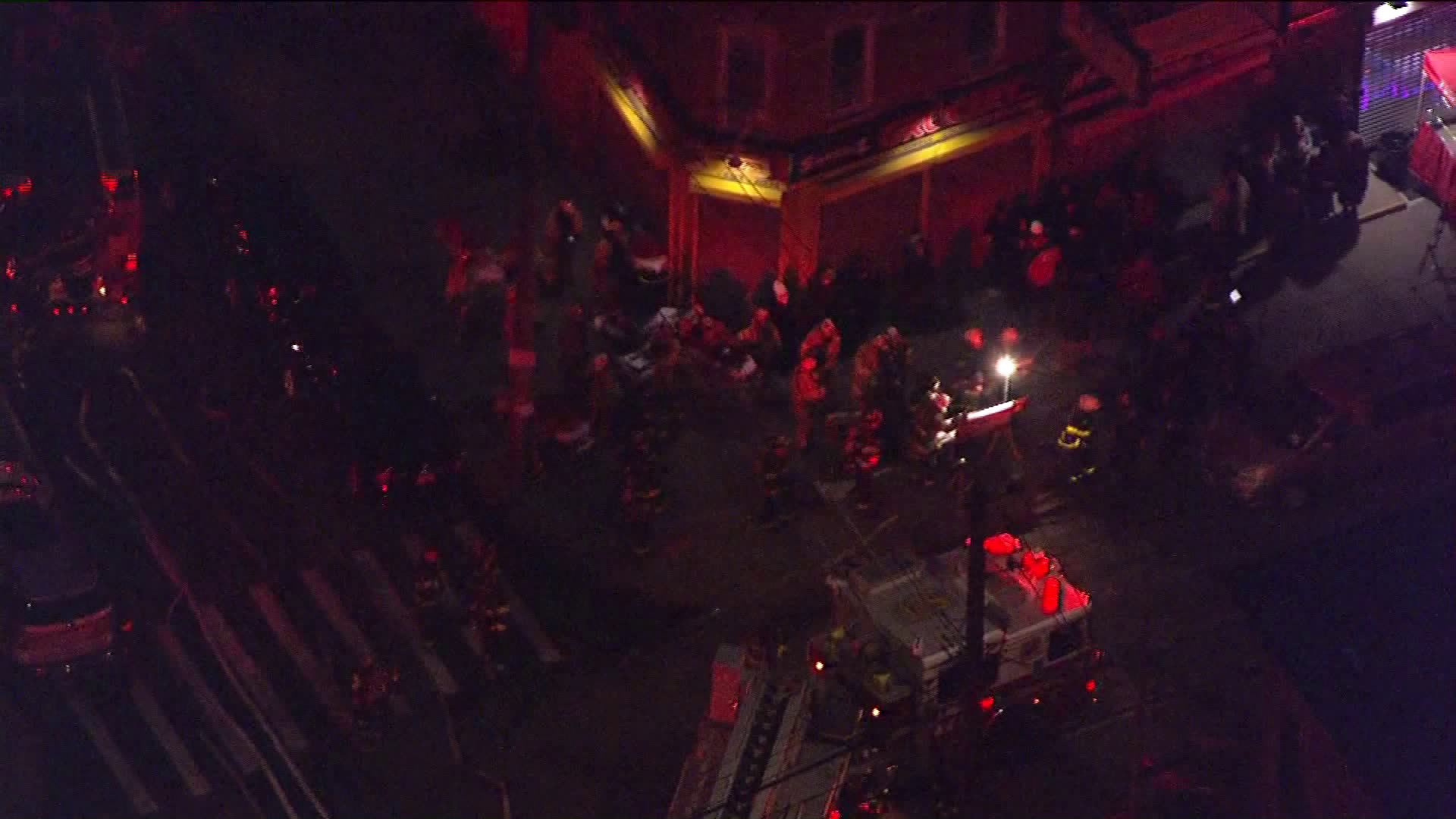 Crews battled a fire that broke out at a Brooklyn building on 3400 Fulton St. and spread to a neighboring building. (PIX11)

CYPRESS HILLS, Brooklyn — Crews battled a fire that broke out at a building in Brooklyn Wednesday morning.

The blaze started shortly after 5 a.m. at a three-story retail and residential building on 3400 Fulton St. in Cypress Hills, fire officials said.

The fire quickly spread to the neighboring building, according to fire officials.

AIR11 was over the scene, where dozens of people and firefighters were standing outside.