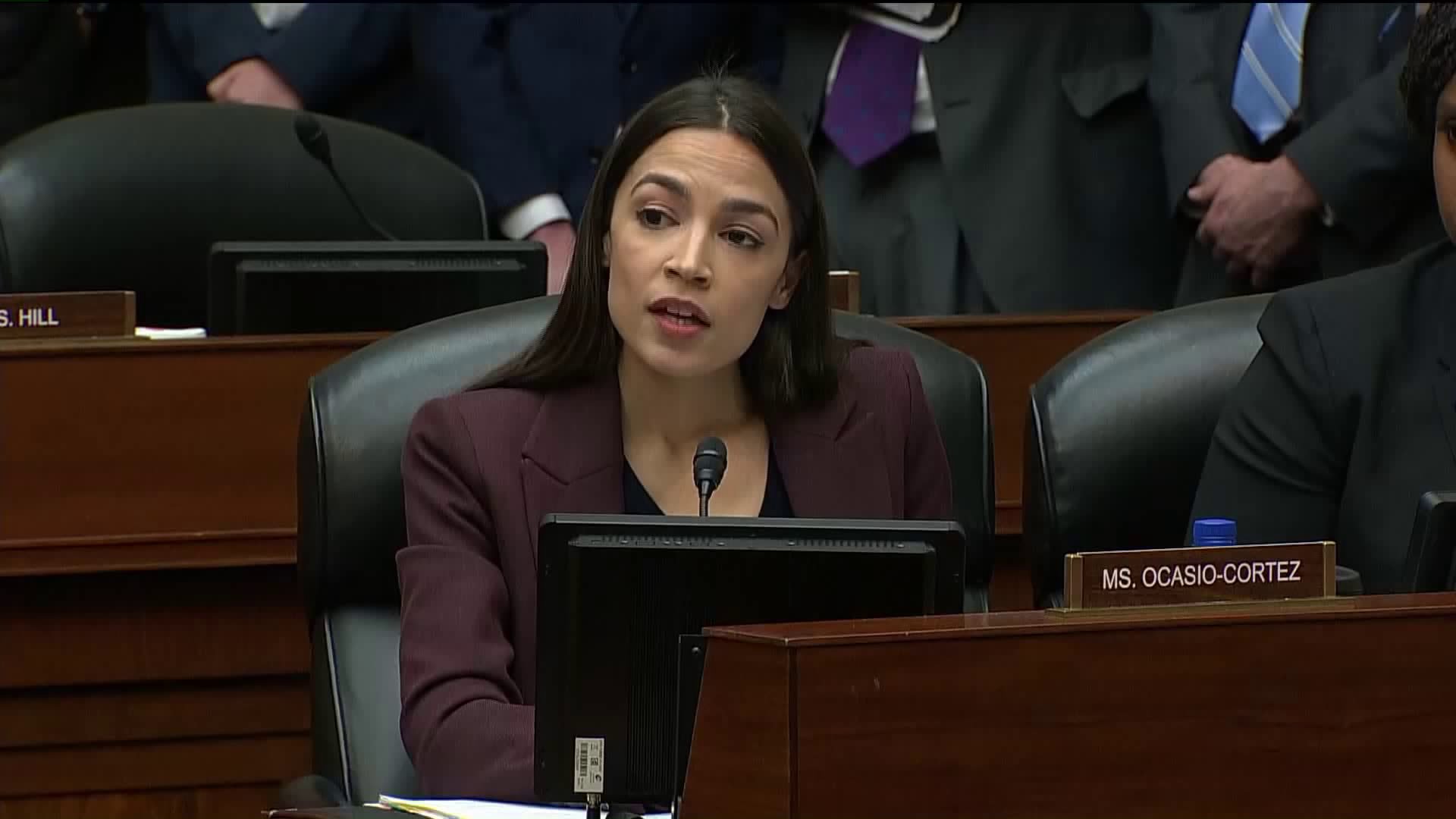 NYC Rep. Alexandria Ocasio-Cortez questions Michael Cohen about his knowledge of President Donald Trump`s alleged history of tax fraud and other financial issues during his public hearing and testimony before Congress on Wednesday.

WASHINGTON — Rep. Alexandria Ocasio-Cortez got right to business in her questioning of Michael Cohen during his public hearing Wednesday.

When asked by Ocasio-Cortez if he believes President Donald Trump devalued his assets in order to pay lower real estate taxes, Cohen agreed.

Cohen, Trump's former attorney, is testifying before the House Oversight and Reform Committee.

Cohen also said Trump claimed Trump National Golf Club in Briarcliff Manor, New York, was worth more than what he reported to local tax authorities. Cohen says that in order to reduce real estate bills, Trump would devalue the assets and then put in a request to tax officials for a deduction.

Cohen also testified he had knowledge that the president inflated his assets to an insurance company.

Cohen notably agreed with Ocasio-Cortez when she asked him, "Do you think we need to review [Donald Trump's] financial statements and his tax returns, in order to compare them?"