60-year-old Bronx man beaten and robbed in the Bronx 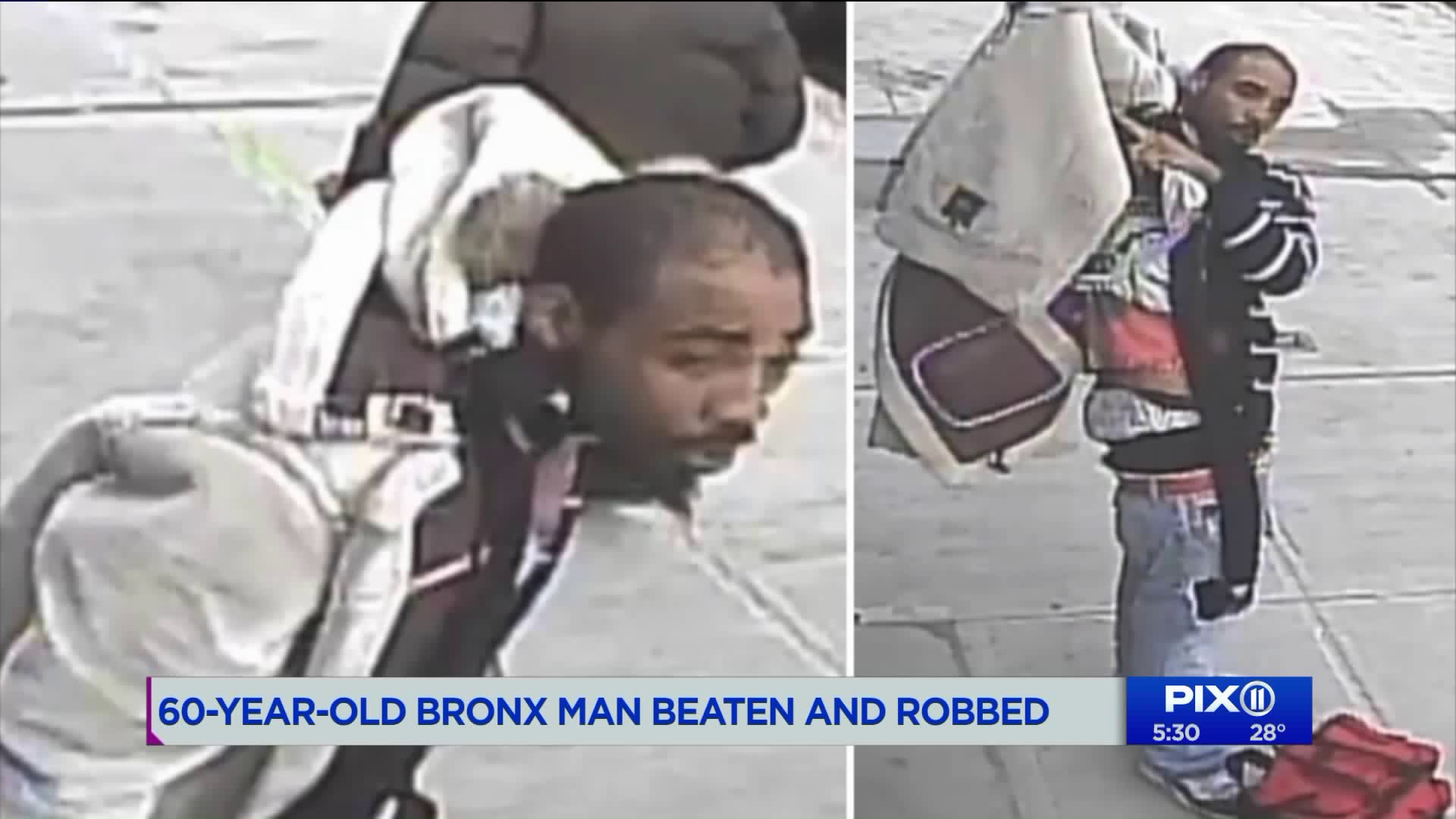 Police are looking for a man who shoved a 60-year-old Bronx man against scaffolding guard rails and stole his ring, a family heirloom, right off his hand.

BRONX — Police are looking for a man that allegedly beat and robbed a 60-year-old man in the Bronx earlier this month.

Authorities say the suspect violently shoved the man into scaffolding guard rails just before 1:30 p.m. on Friday, Feb. 15, on Jennings Street in the Claremont section of the Bronx. The suspect then stole the man's ring right off his finger.

"The guy attacked me right here, he punched [me]," the victim, who did not want to reveal his identity, recounted to PIX Wednesday. "He pushed me. I stayed quiet because I didn't know if he had a gun," he said.

The victim said the gold ring that was stolen was very important to him because it was from his grandfather.

"Four generations – I wanted to give it to my grandson," he said.

The suspect was described by police as a man in his 30s, with gold fronts on his upper and lower teeth. He was last seen wearing a beige hooded coat, a black and white sweater, blue jeans, black and white sneakers, and carrying a red and black duffel bag.