Police search for serial burglar in the Bronx 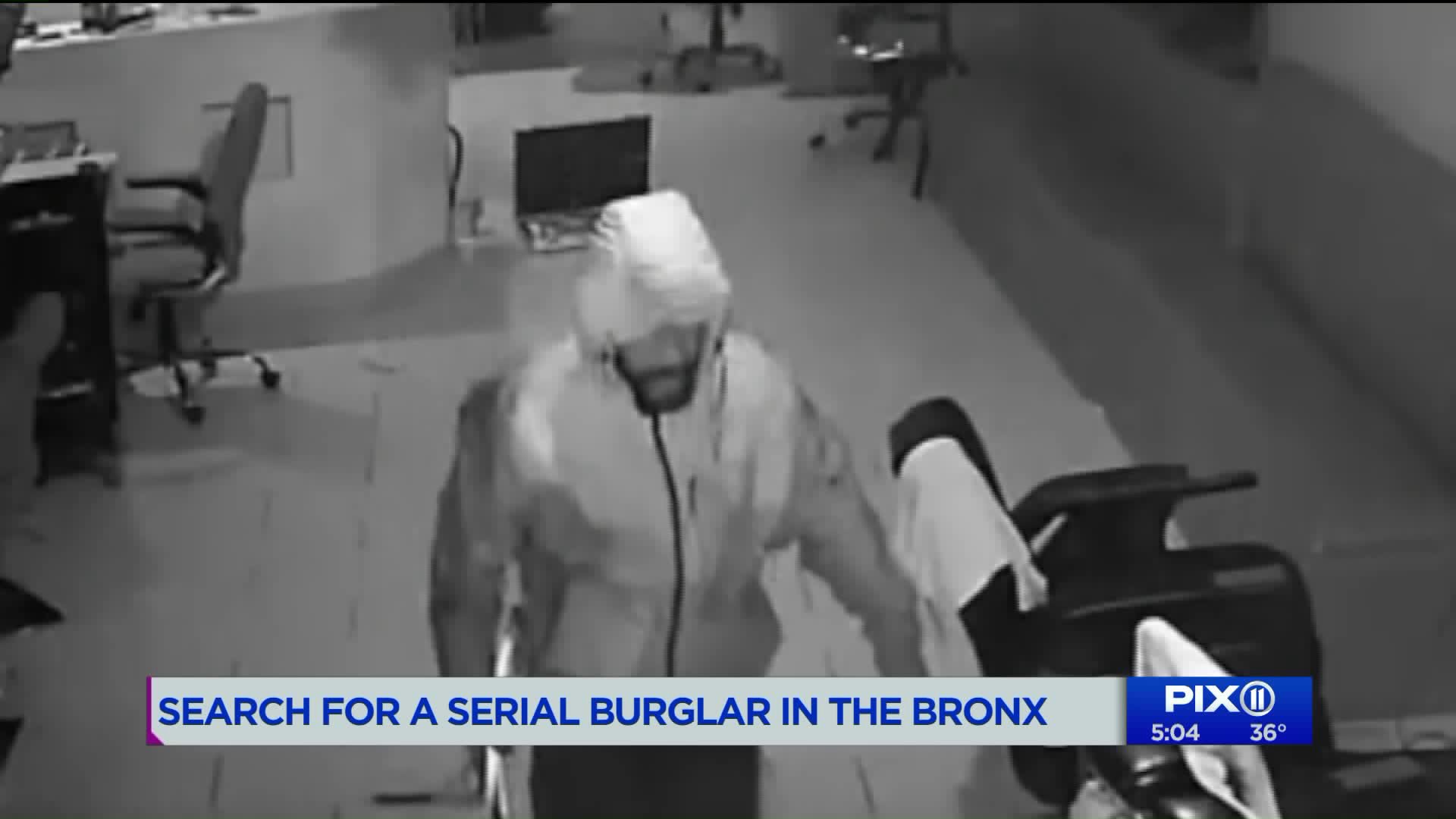 Police in the Bronx are searching for a serial burglar who makes an unusual entrance. He was spotted entering a business through the ceiling.

MOUNT HOPE, the Bronx — He took thousands from a salon after he got in through the roof and took packages from a parked postal truck.

Police released surveillance video of the serial burglar Tuesday and asked for help identifying him.

Luxury hair spa by Jonathan had been open only three months on Grand Concourse near East Burnside Avenue when the burglar came in through the ceiling, with legs dangling, after accessing the roof on Jan. 2 at 12:53 a.m.

Once inside, with his bowed left leg limp, police say the suspect got away with $2,500 and the cash register.

“I was baffled and I was upset,” Veronica Sanchez, a salon esthetician, told PIX11 News. “It’s not right for you to come and take people’s hard earned money."

Police in the 46 precinct say this is the third time this suspect has struck in the last two months.

On Dec. 22 at 5:12 p.m.,  he removed two packages from the back of a mail truck on East Burnside near Anthony Avenues, police said.

Then just two days later, police say the same suspect stole a table saw, an air compressor and a carpentry table from a maintenance room inside an apartment building on Valentine Avenue.

But it was this beauty salon burglary that really broke the hearts of those getting highlights, blowouts, nails and facials.

“This person really needs to being put away before they go doing it to another person,” Sanchez said.

The salon’s owner not only lost $2,500, but also the cost of repairs to patch up the ceiling.

Police describe the suspect as having black hair, a black beard and a limp.