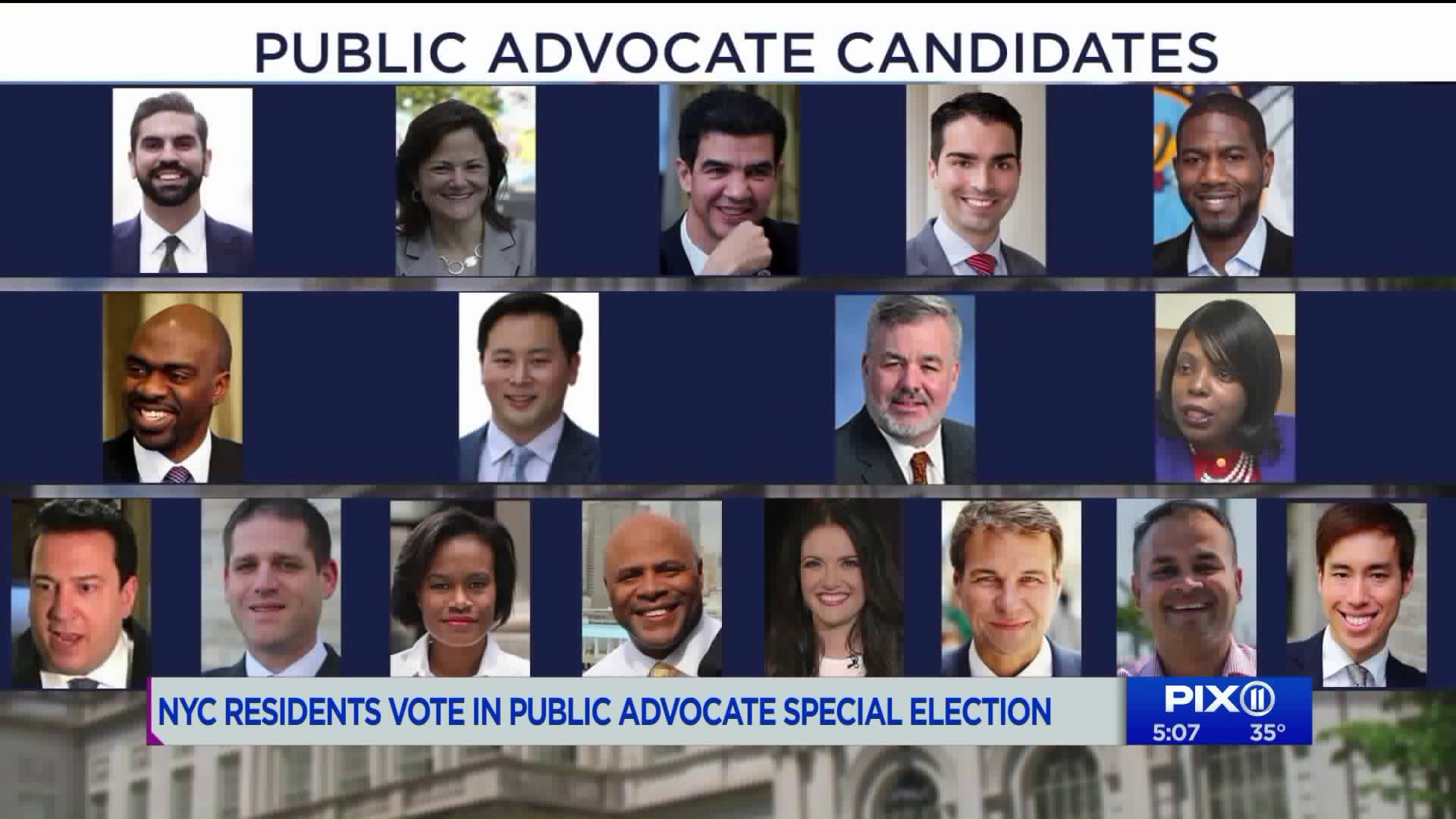 Seventeen candidates are in the running, including Democrats Jumaane Williams, the city councilman who ran an unsuccessful but strong race against the state`s incumbent lieutenant governor last year, and former City Council Speaker Melissa Mark-Viverito.

NEW YORK — New York City voters are voting in a special election Tuesday to choose the city's next public advocate, a job that comes with a $165,000 salary, a $3 million budget and a bully pulpit — but little actual power.

Seventeen candidates are in the running, including Democrats Jumaane Williams, the city councilman who ran an unsuccessful but strong race against the state's incumbent lieutenant governor last year, and former City Council Speaker Melissa Mark-Viverito.

State Assemblyman Michael Blake and City Council Member Rafael Espinal Jr. are also in the mix, as is the only Republican elected official in the race, Queens City Councilman Eric Ulrich.

The winner will have to compete again in a June primary and a November general election if she or he wants to serve as public advocate past the end of 2019.

The seat, which was vacated by the election of former public advocate Letitia James to the position of state attorney general, functions as city ombudsman. The holder can investigate citizen complaints about agencies and services but has no subpoena power.

Yet, the job is coveted because it has become a springboard to real power.

The public advocate's office was created out of the previous position of City Council president, which had been a powerful position but was weakened and then abolished in an overhaul of the city charter.