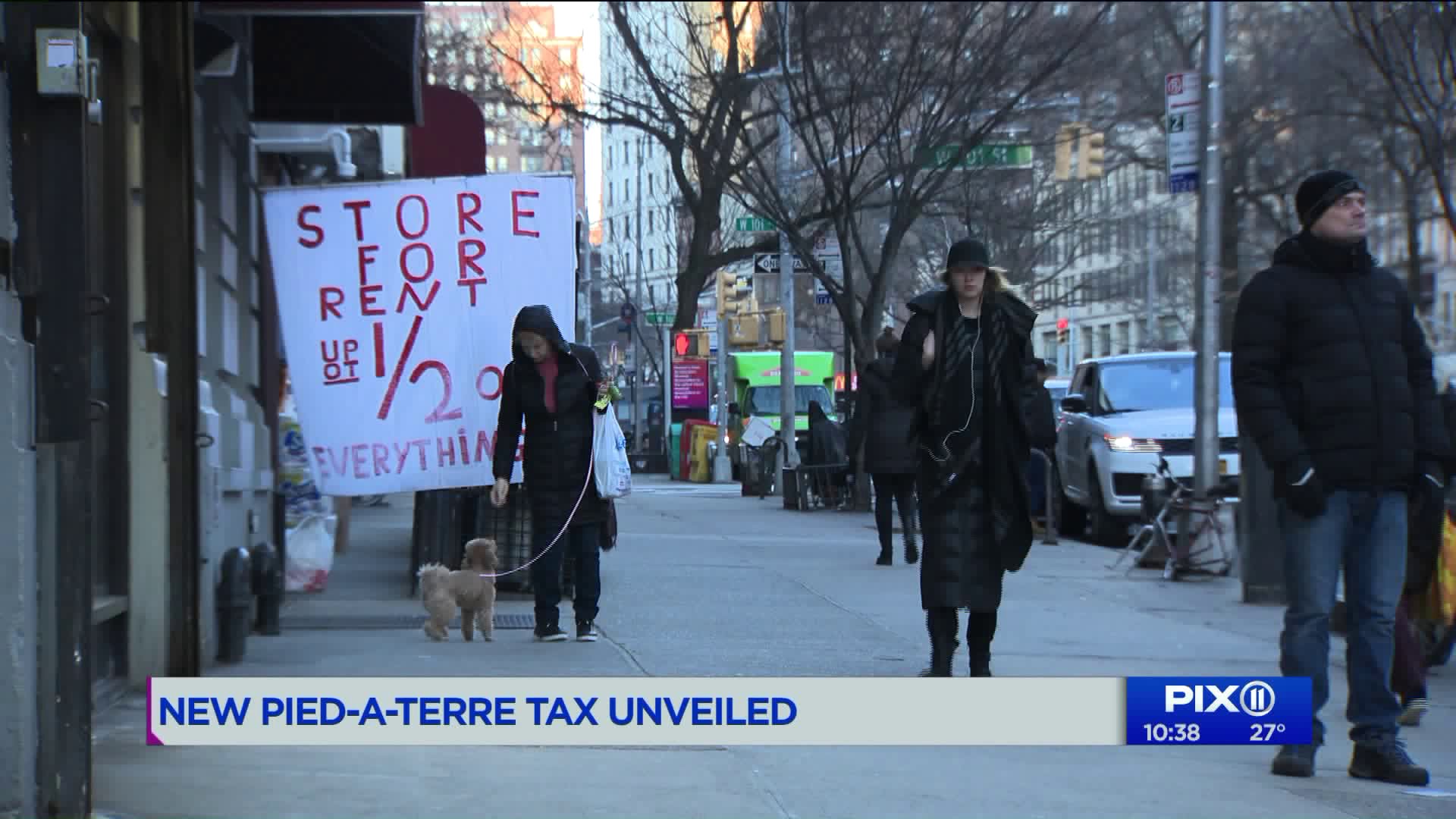 New York could soon join the ranks of cities likes of London, Paris and Hong Kong with a lucrative new real estate tax.Newly reintroduced state legislation would tax the owners of pricey second homes, or "pied--terres" as they`re called, that are making the city less affordable for many.

Newly reintroduced state legislation would tax the owners of pricey second homes, or "pied-à-terres" as they're called, that are making the city less affordable for many.

"The buildings are going up here and nobody is using the local businesses. There just aren't people here," said Nancy Braithwaite who lives in Manhattan part-time.  "There’s money to be had here and they're hiding it, so why shouldn't New Yorkers get a piece of it?"

One issue is that people who own pied-à-terres do not pay NYC income tax, but enjoy city services.

The argument in favor of a tax on pied-à-terres picked up momentum a month ago when a Chicago billionaire bought the most expensive piece of property ever sold in United States history, in NYC.

He grabbed a still-under-construction penthouse at 220 Central Park South for a cool $238 Million — referring to it as a place to stay when he's in town.

"We think people spending tens of millions or hundreds of millions for an apartment in NYC can afford to put a little in toward the functioning of the government," said City Councilman Mark Levine.

Later this week, Levine is introducing a resolution to support a just reintroduced piece of state legislation.

"We need that desperately for transportation, for the homeless crisis, for affordable housing, and so many other things," Levine said.

As for what the taxpayers might think of this plan, just ask Braithwaite, who splits her time between NYC and Long Island.

Look for the pied-à-terres tax to pick up steam later this year, after the state budget process.