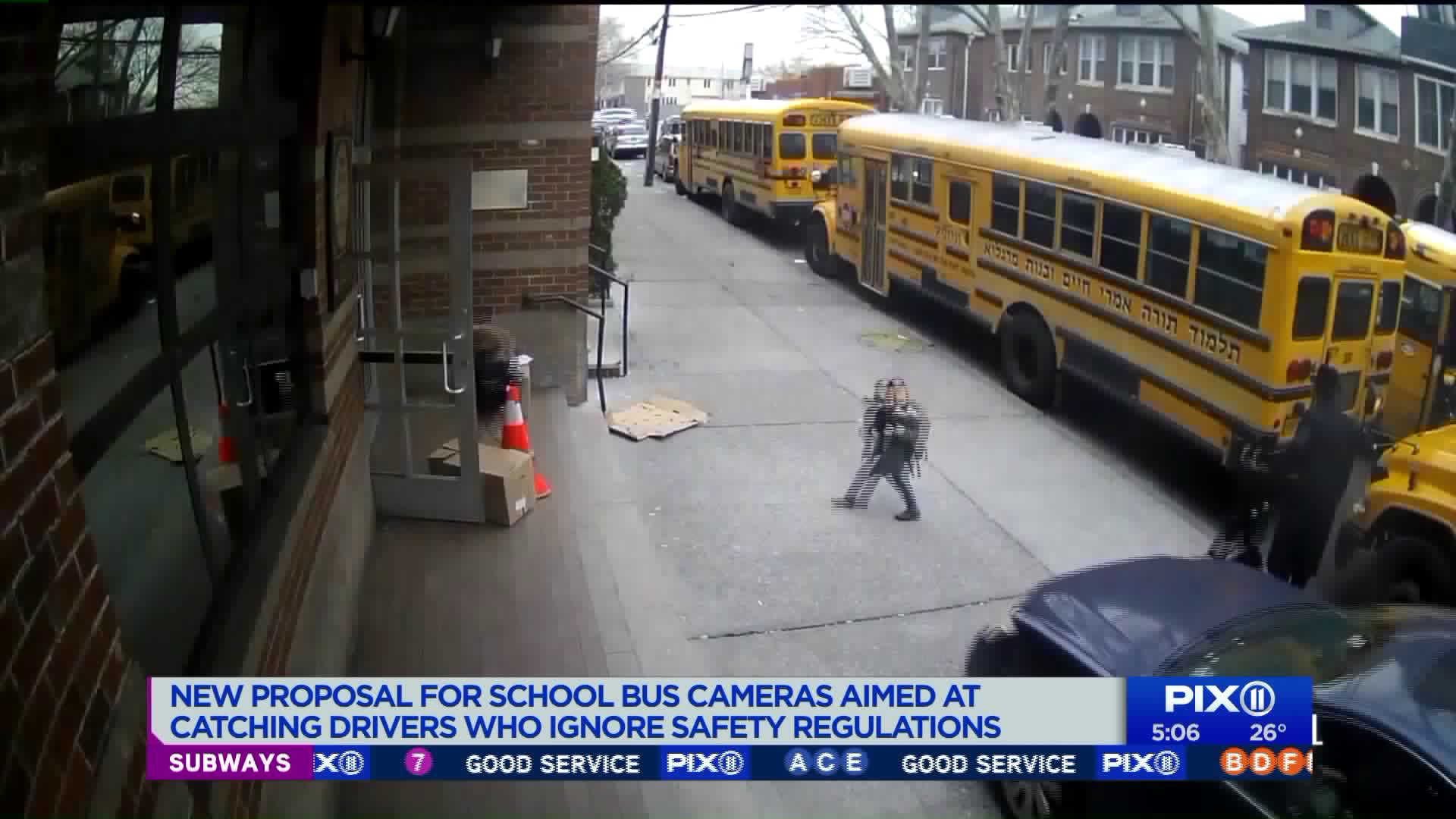 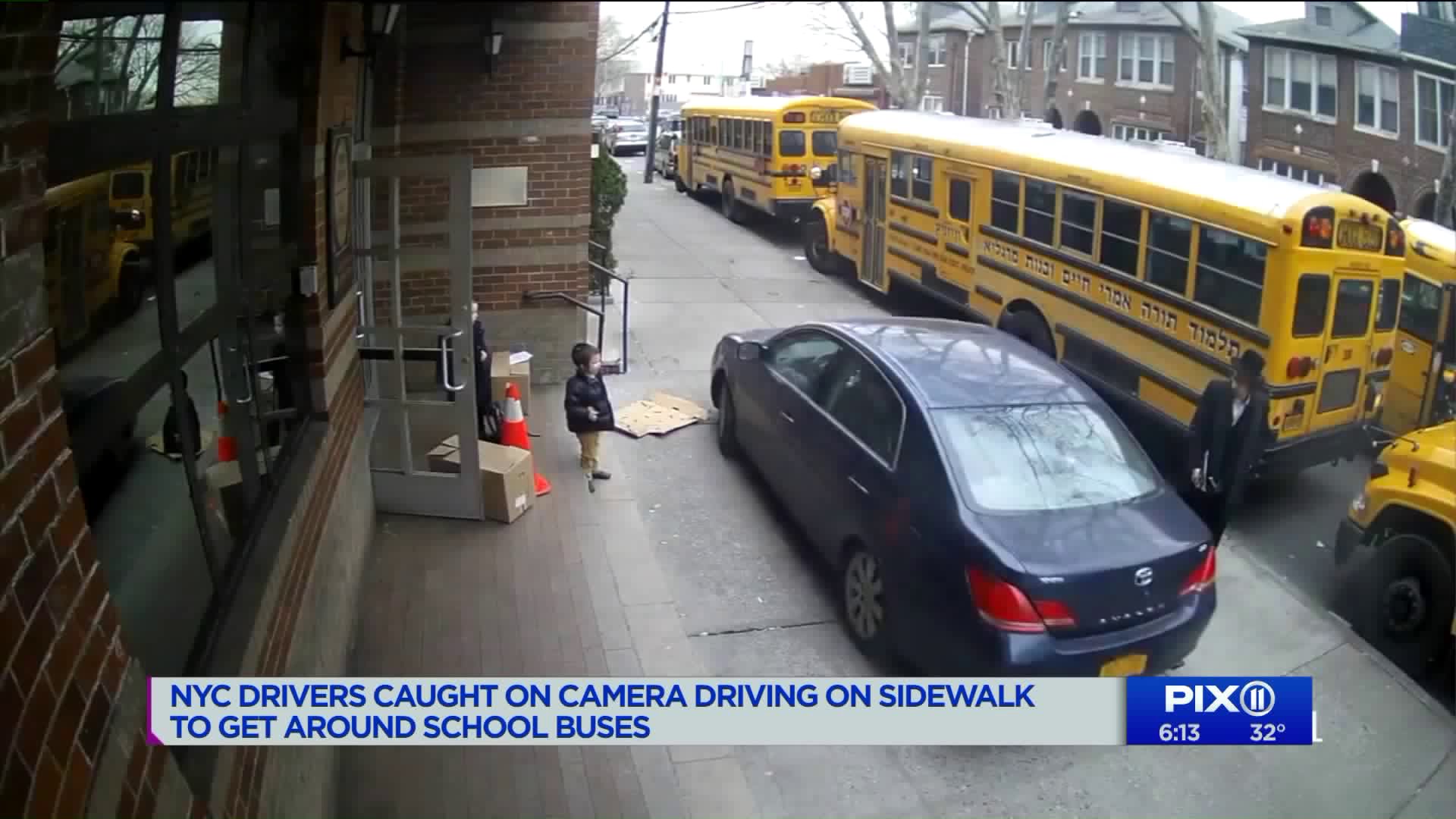 BROOKLYN, N.Y. — Police are looking for at least two drivers in Brooklyn who were caught on camera driving on a sidewalk to get around school traffic... coming dangerously close to kids.

City Councilman Ben Kallos is proposing drastic measures to deal with impatient drivers, according to reports published in the NY Post .

According to the proposal, buses would be equipped with 'stop-arm cameras' that record drivers speeding by.

A  security camera captured  the startled children as they scattered outside a Jewish school in the Borough Park neighborhood.

On Saturday, authorities looked for the driver using the car's license plate, taken from the video as the children came off the bus Thursday morning. The children are seen heading for the Yeshiva Medrash Chaim.

A police spokeswoman says the suspect is wanted for reckless endangerment.

I'm calling on @NYPD66Pct to look into the matter and arrest the man responsible for the reckless endangerment of children's welfare. All that because he couldn't wait an extra few minutes... pic.twitter.com/pWpgwaeagz