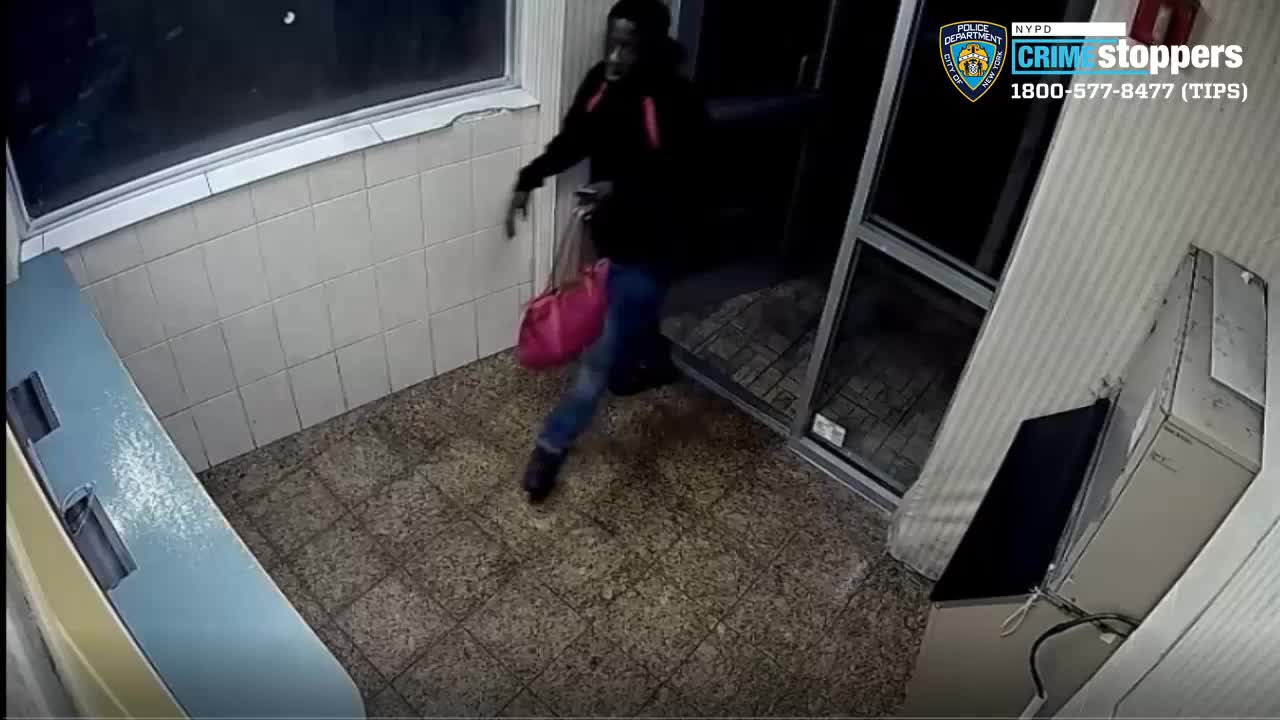 OLINVILLE, the Bronx — A man accused of raping an impaired woman at a motel in the Bronx is being sought by police Tuesday.

Police are looking for the man pictured above, who is accused of raping an impaired woman at a motel in the Bronx.

The attack happened at the El Rancho Motel on White Plains Road, bordering the Olinville and Williamsbridge sections of the Bronx, Monday around 12:55 p.m., police said.

The 34-year-old victim woke up hours after the attack and called a friend, who drove her to a hospital.

Surveillance video caught the alleged attacker going through the victim's purse before fleeing the scene.

The individual is described to be about 5 feet, 11 inches tall and between 25 to 35 years old. He was last seen wearing a black hooded sweatshirt with red stripes, jeans, black shoes and an oversized gold ring on his left hand.