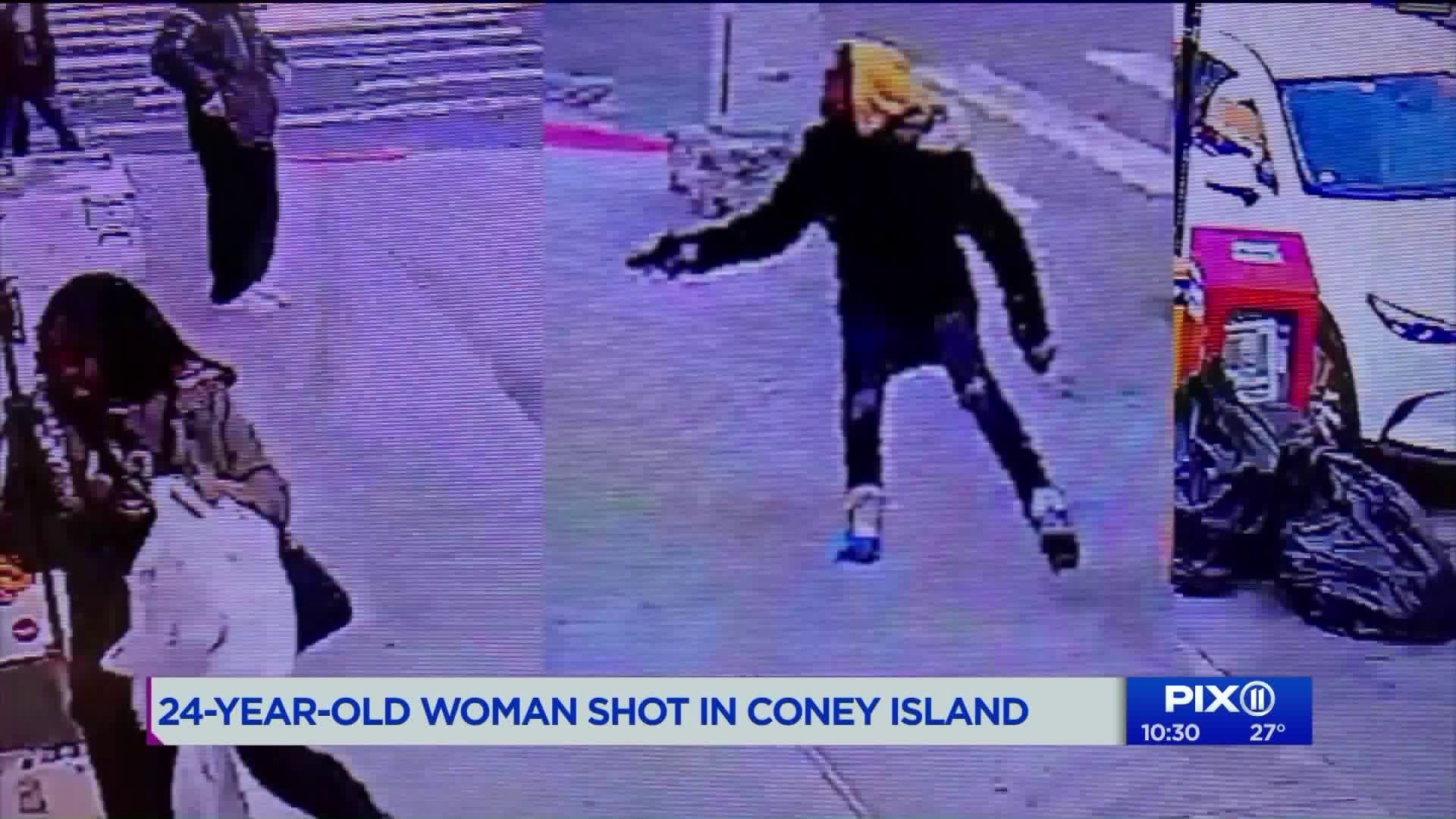 Police say a 24-year-old woman, who was an innocent bystander, was shot once in the leg while waiting for the bus in Coney Island, close to the Coney Island Boardwalk and subway station.

CONEY ISLAND, Brooklyn -- A woman was rushed to the hospital after being shot in Coney Island late Tuesday afternoon, police confirmed.

Police said the 24-year-old woman, an innocent bystander, was standing at the bus stop when she was shot once in the leg.

The woman told authorities she heard gunshots and then felt pain.

PIX11 obtained surveillance video that shows some of what went down. Eyewitnesses say a group of young men got into an altercation. When they scatter and run off in the footage, you can see one suspect is wielding what looks like a gun.

"It could've been a stray bullet type thing," said one man on the scene who did not want to be identified.

The woman, who has not been identified, was transported to NYU Langone Hospital-Brooklyn. Her condition is not known.

There are no arrests or suspects yet. It is not yet known what led to the shooting.