Threats made against Staten Island high schools are ‘not credible,’ police say 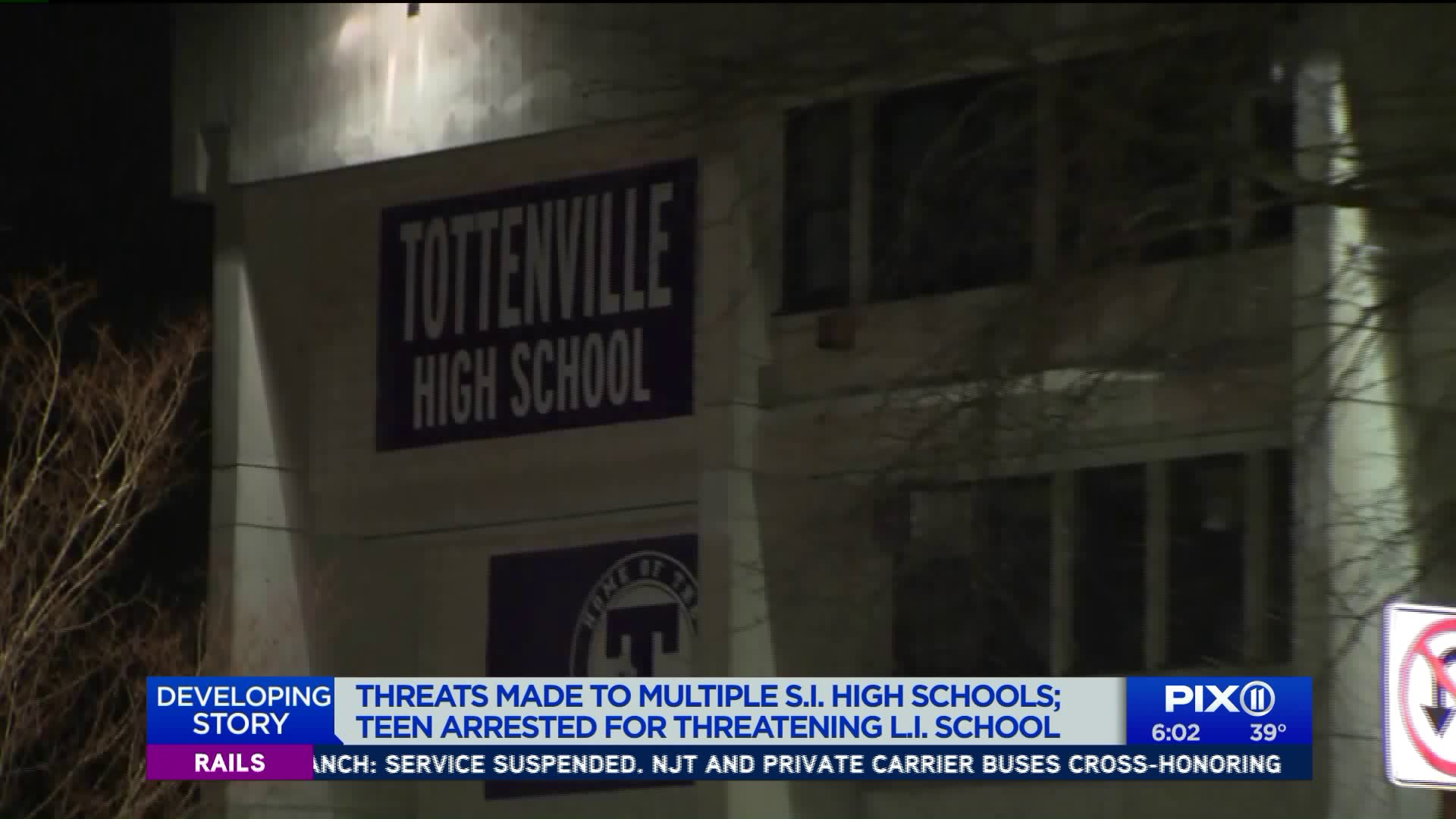 A scary situation for parents on Staten Island as police investigate threats to multiple high schools in the borough.

STATEN ISLAND, N.Y. — The NYPD announced on Twitter that threats made to several high schools in Staten Island on Sunday have been deemed not credible.

‼️PLEASE SHARE/RT‼️ In regards to the threats made to several schools in Staten Island, a thorough investigation has deemed that these threats are NOT CREDIBLE at this time. @NYPDstatenIslnd @NYPD123Pct pic.twitter.com/Mf0noNIgrT

The alleged threats were made as late as 11 p.m. Sunday and were brought to the attention of school officials and police by parents.

Police say students alerted parents after seeing various threats made against Tottenville High School and Brentwood High School's freshman center. Police say a 16-year-old male was arrested Sunday at about 5 p.m. and charged with making a terroristic threat against Brentwood.

It was not immediately known if the same individual made the threat against Tottenville High School or if the two incidents are related. Both threats were made via social media, and included videos of guns and ammunition.

The teen is expected to be arraigned later Tuesday.