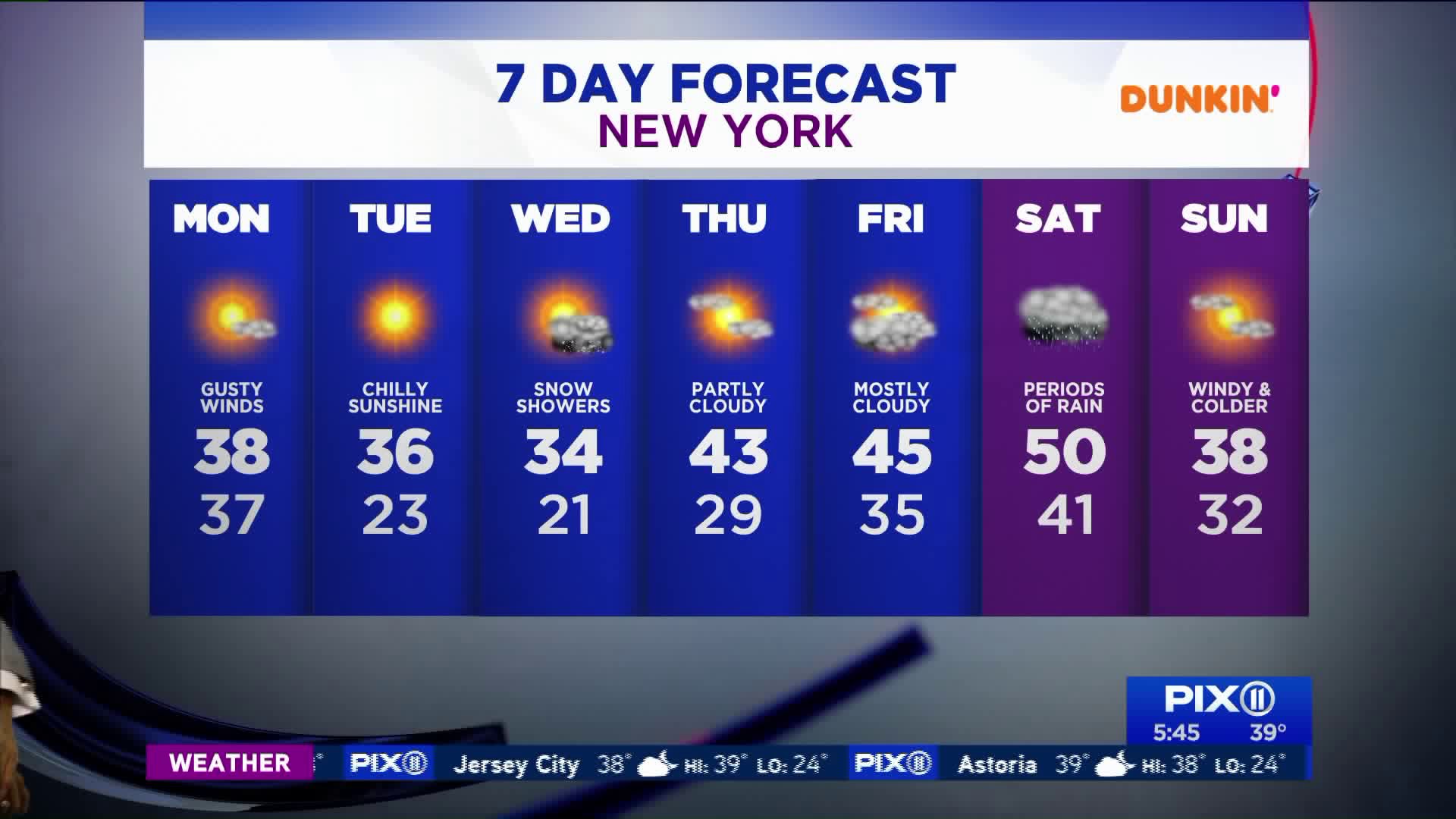 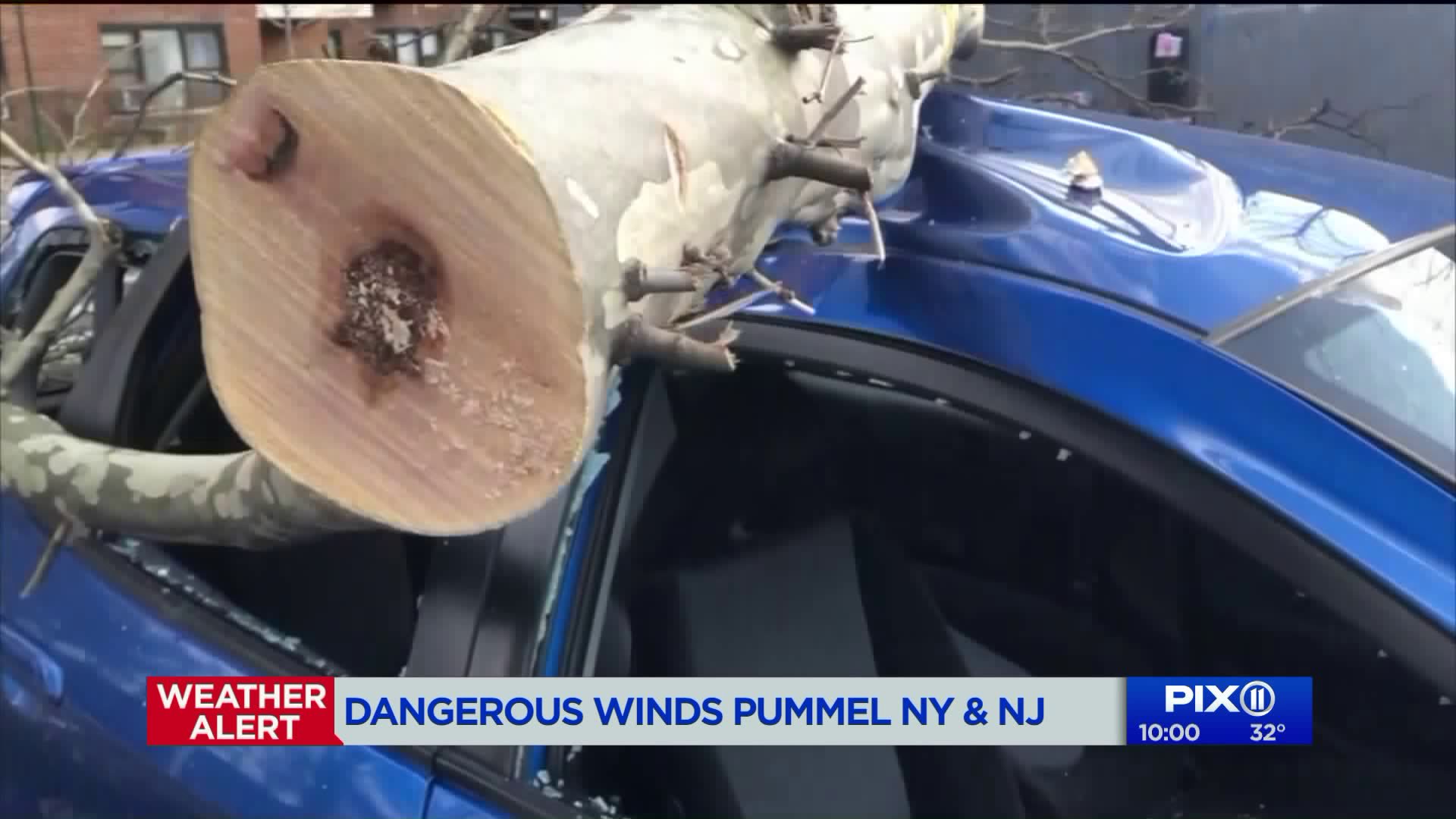 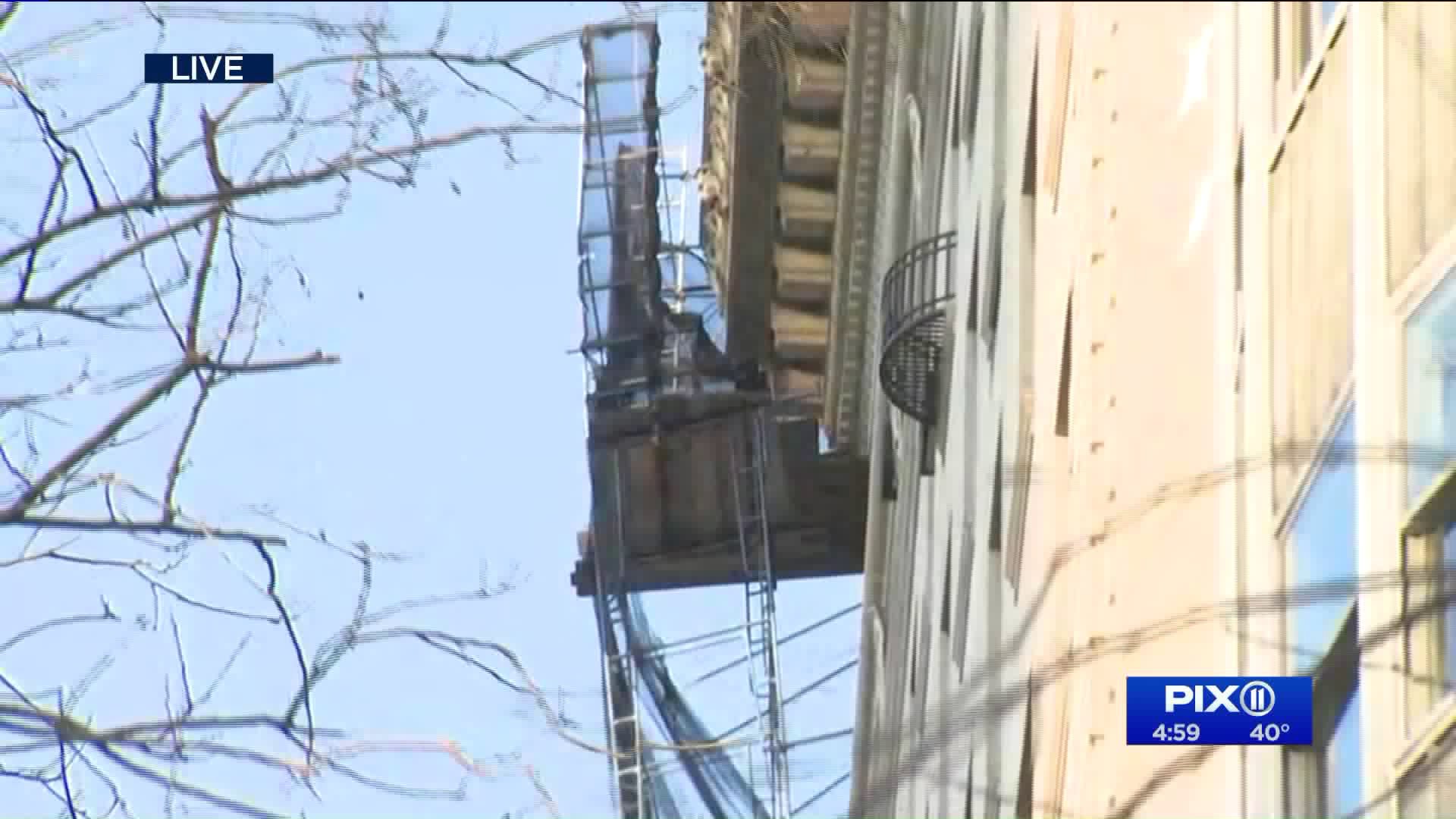 MANHATTAN — Scaffolding hung off a Manhattan building, causing "an extremely dangerous" situation Monday, as winds up to 75 miles per hour downed trees and light signals across the northeast.

A high wind warning is in effect across the tri-state area through 6 p.m., according to the National Weather Service.

New York City could experience gusts up to 60 mph, according to the Department of Buildings, but the Associated Press reports there have been wind gusts of hurricane force — 74 mph — or higher elsewhere in New York.

Winds are the likely culprit behind a near scaffolding collapse in the Upper East Side, where portions of a building are hanging at East 72nd Street and Fifth Avenue.

“This is not a secure situation at this time," FDNY Manhattan Borough Commander Chief Roger Sakowich said around 10 a.m.

Scaffolding was reported to be hanging off the building at 8:15 a.m. Due to high winds, responders have not been able to access the roof and fully secure the situation, Sakowich said.

Officials used wires and ropes to try and hold the scaffolding in place, but the area has been blocked off to pedestrian and vehicle traffic, and residents of the building were moved away from windows in the scaffolding's path.

“There’s a good chance it could fall. The way we have it secured is the best we can do at this moment,” Sakowich said. “We’ve been able to secure it as best as possible within the reasons of safety.”

So far, no one has been injured in the incident, according to Sakowich.

#FDNY Firefighters have secured the scaffolding on multiple floors and the roof at 905 Fifth Ave in Manhattan, but it is still in danger of coming down due to the wind. Read more: https://t.co/JTTxhysVWc pic.twitter.com/MOfDE4K7qc

Elsewhere in NYC, trees and light signals have been downed, and flights have been delayed at several airports.

All builders, contractors, crane operators and property owners have been asked by the Department of Buildings to secure construction sites, buildings and equipment.