High winds in NJ not only caused a variety of problems, they also prevented some from being fixed 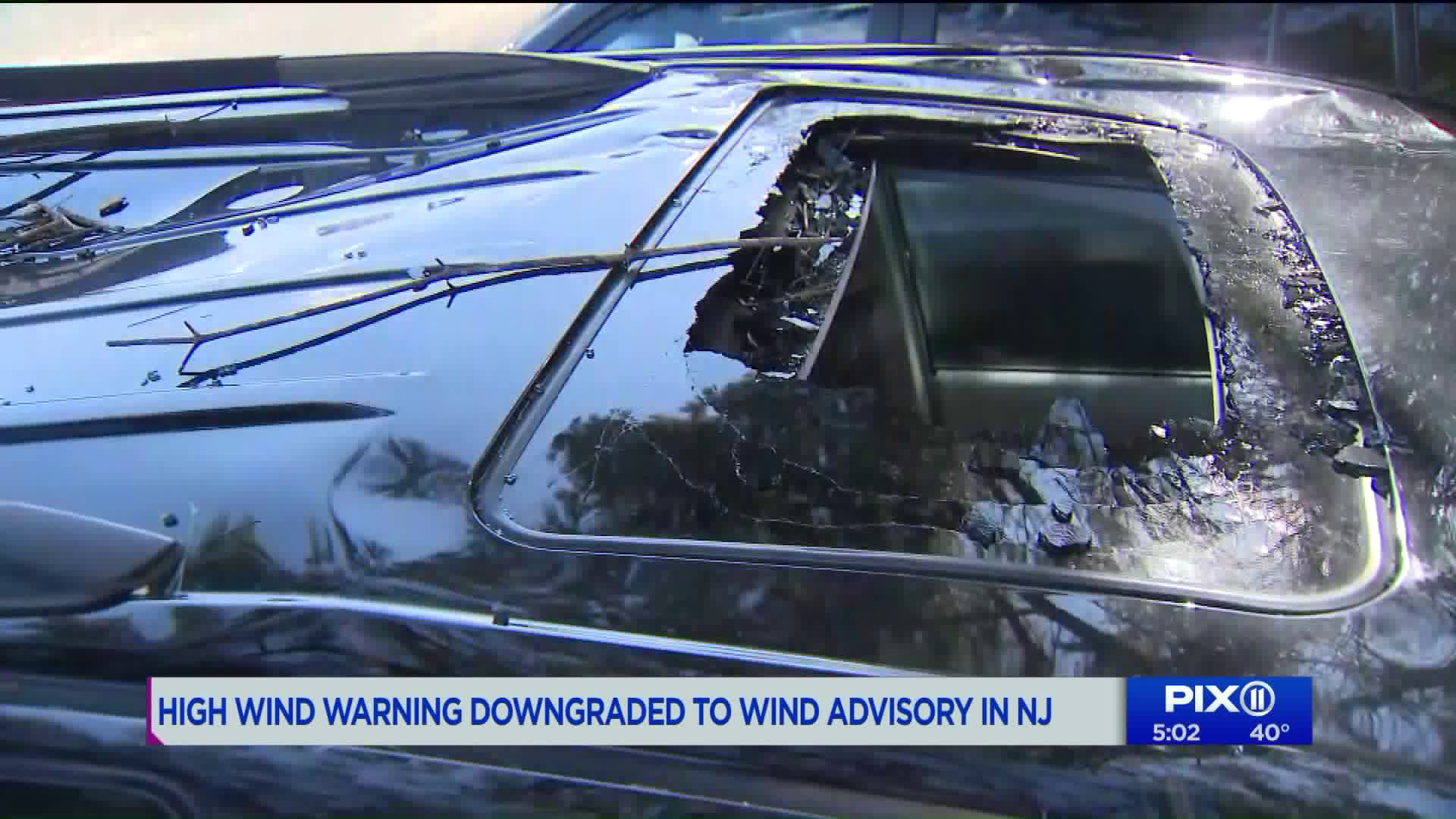 A high wind warning is in effect in the tri-state area until 6 p.m. Monday. The city is calling it a hazardous wind event, meaning high sustained winds and gusts could make walking or driving dangerous.

SADDLE RIVER, N.J. -- Monday saw the windiest day the tri-state has seen in months. Its effects ranged from inconveniences for some residents to outright danger for others, particularly in New Jersey.

Monday morning began with two different North Jersey schools having electrical problems directly related to wind severity. At Saddle River High School, strong gusts brought down a power line. The heat from its sparks melted the asphalt on the street on which it fell.

Police and work crews from PSE&G were able to keep people away from the arcing electrical line until they were able to shut the power off. School was already in session when the incident occurred, and classes continued. There was a severe delay, however, in restoring all of the power lines around the school to their proper configuration, due to continued hazardous weather conditions.

Also on Monday morning, wind knocked out power at Maywood Avenue School, in Maywood, in North Jersey. A school official confirmed to PIX11 News that about a third of the school lost electricity and phone service for most of the morning. Because most of the school was operating normally, the power and phone loss did not force a shutdown of the school.

That relatively minor inconvenience for elementary schoolers was eclipsed by the hazards some car owners faced at the Glen Rock Main Line train station of NJTransit. Late Monday morning, the high winds pulled large branches off of pine trees at the edge of the parking lot onto cars.

The condition of one of the vehicles after branches crashed onto it prompted Snookie Polulak, who lives next to the commuter lot, to comment.

"The poor guy was just having a regular old day, until he comes home, right?" Polulak said, while looking at a minivan that bore the brunt of a large section of tree pummeling it as it fell. The vehicle sustained body damage in multiple places; one of its rear passenger side windows blew out, as did its sunroof; the front windshield cracked in multiple places; the interior was filled with debris from the tree. It was not a good sight by anyone's estimation. It was likely worse for the unsuspecting driver who'd arrive at the vehicle to find it virtually undriveable.

A few other vehicles on either side of the minivan also suffered damage.

That ended up creating a greater challenge. Around 2 p.m., the Garden State's utilities showed about 46,000 customers without power. While JCP&L, PSE&G, Atlantic City Electric, and others tried to restore electricity as quickly as possible, they remained hampered by the very conditions that led to the outages in the first place.

Bucket utility trucks -- vehicles commonly used to repair and replace electric power lines, cannot operate unless wind gusts are below 40 miles an hour. For most of the day, that was not the case.

So, for instance, at Saddle River High School, a couple of PSE&G crews remained on call from around 9 a.m., according to police patrols in the area, until just after 4 p.m. It was only then that the crews, which operated bucket trucks, could actually use them, and reinstall electrical cables and other hardware -- some seven hours after the initial call.

Tuesday's forecast for North Jersey calls for windy conditions to continue, but not nearly as strongly as they did all day and into the night on Monday. Sustained winds are expected in the 10 to 14 miles per hour range. Wind gusts will be around 25 miles per hour.