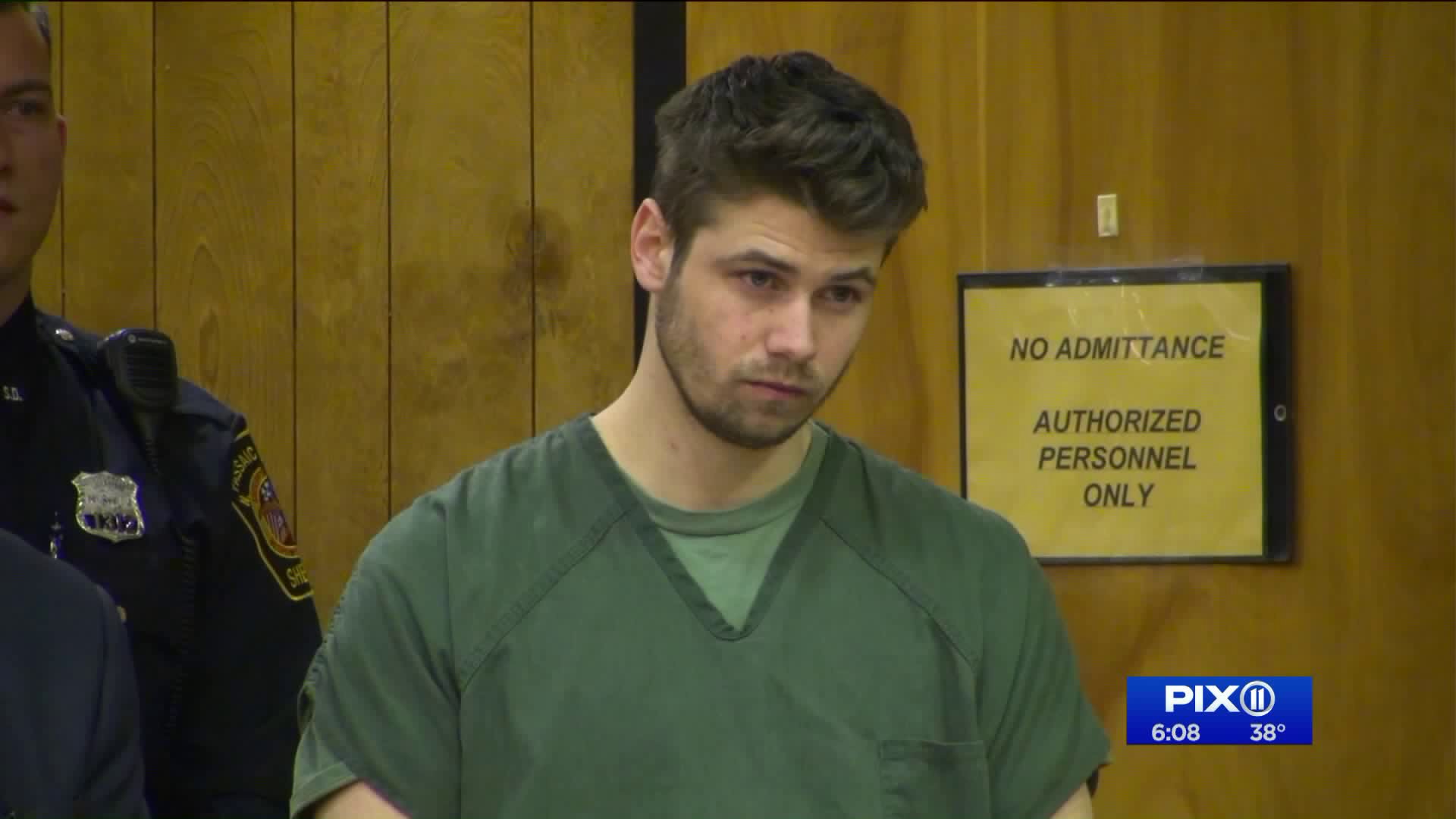 Jason Vanderee, 29, entered a not guilty plea in court Monday, and consented to the state`s request that he remain detained pending trial. Nine bags of heroin and a needle were found in Vanderee`s possession after the Feb. 19 crash, according to officials.

WAYNE, N.J. — A driver accused of overdosing and crashing into a gas station in New Jersey, killing three people, allegedly had nine bags of heroin and a needle on him at the time.

Jason Vanderee, 29, was arrested after he allegedly crashed into a car at a New Jersey gas station, killing three, on Feb. 19, 2019.

Jason Vanderee, 29, entered a not guilty plea in court Monday, and consented to the state's request that he remain detained pending trial.

The Glenwood, New Jersey, man is charged with three counts of manslaughter, and possession of drugs and a hypodermic needle, in addition to other charges.

Nine bags of heroin and a needle were found in Vanderee's possession after the Feb. 19 crash, according to officials.

"I don’t know that we should assume, which is what law enforcement is doing at the moment, that he was shooting heroin while he was driving and that is what caused this," said defense attorney John F. Latoracca.

Vanderee is remorseful and has struggled with addiction for a decade, Latoracca said in court. Vanderee is unemployed and lived with his parents at the time.

"Jason feels as horrible as someone can feel," Latoracca said.

The father and son were parked at a Delta gas station when a vehicle veered off Route 23, went airborne and drove over their car.

Vanderee was administered Narcan — used in opioid overdoses — at the scene.

This is not Vanderee's first crash. Officials said he slammed into a guardrail head-on when he overdosed on heroin and veered across lanes on Interstate 80 in Fairfield on Nov. 3, 2016.

Assistant Passaic County Prosecutor Julie Serfess on Monday read a statement from Vanderee, as recorded in the 2016 police report: "I was driving in the left lane and injected numerous bags of heroin. All of the sudden I felt something was wrong and don’t know what happened next."

Narcan was also administered to Vanderee in this crash, officials said.

He lost his license and was put on probation, but at the time of last week's crash, he had finished serving that sentence.

"It’s a testament to how difficult it is to break addiction to opioids," Latoracca said. "His level of remorse is profound."