Cannabis conference at Brooklyn church aims to diversify the industry 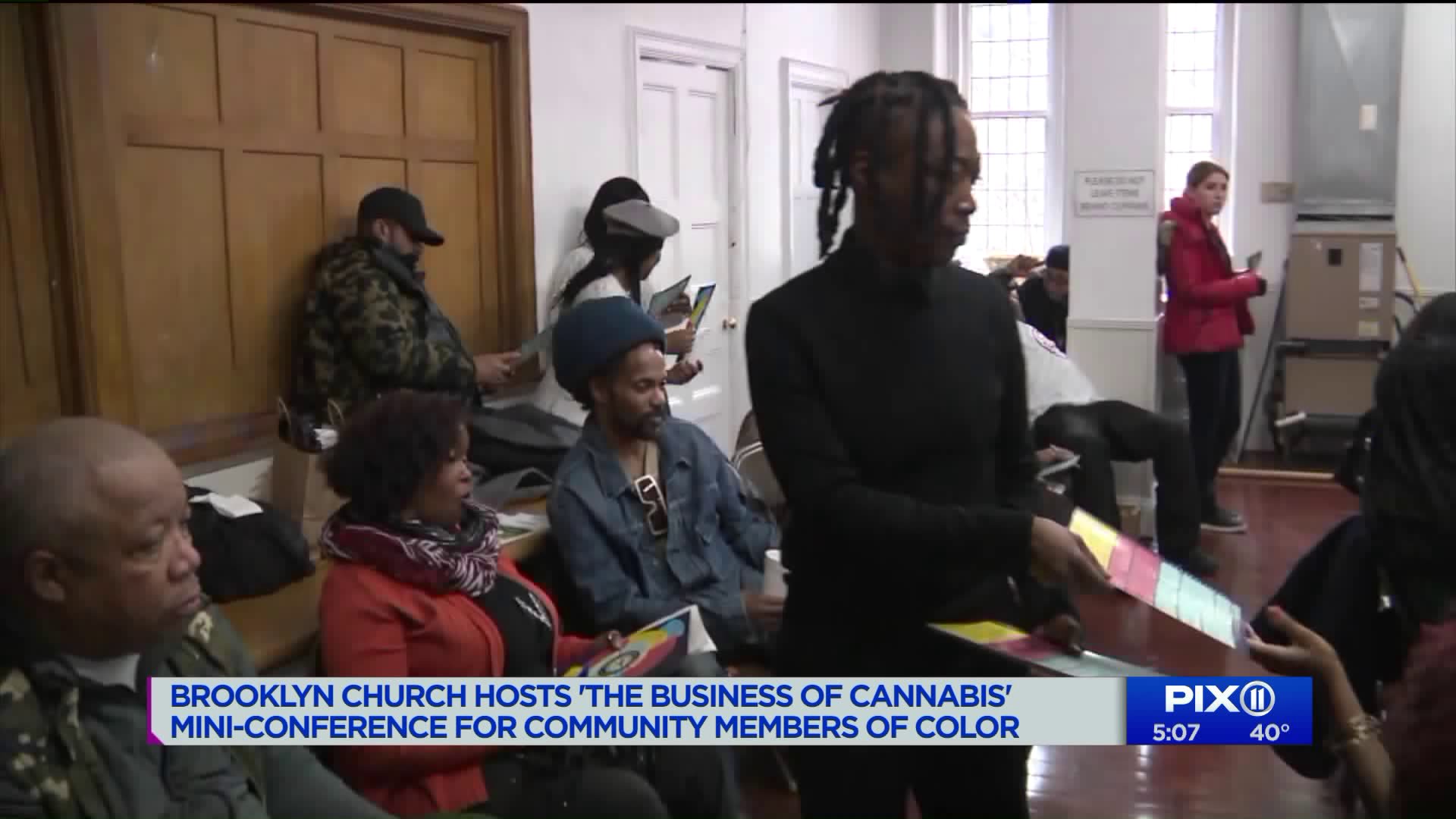 "The Business of Cannabis," held at the Emanuel Baptist Church in Clinton Hill on Saturday was designed to disseminate information about the cannabis industry to community members of color.

"I've been all over the country talking about marijuana," said Jacobi Holland of On The Revel. "This is the first time I’ve been in a church [talking about it], and I think that’s gonna help normalize and bring people to it."

The conference was designed to disseminate information about the cannabis industry to minorities.

"When you look at the industry, it doesn’t look like the people in this room," said Holland. "And that’s a problem."

"Too often is the case that communities of color – and black communities in particular – are left at the station while the train of economic opportunity pulls out," said Senior Pastor Anthony Trufant of Emanuel Baptist Church.

"Equity day one has to happen in New York State or we're going to be very, very far behind on being able to have a chance at being in this cannabis industry," said Mary Pryor of Cannaclusive.

"So much of this also involves social justice and making sure the future looks much different than the past," she said.

"Over the last 40 years or so, the war on drugs has disproportionately affected people of color," said John Gilstrap of Hudson Hemp. "It only seems like karma if these groups are allowed to enter this business and become successful in it going forward."