R. Kelly turns himself in to Chicago police after being indicted for 10 counts of sexual abuse 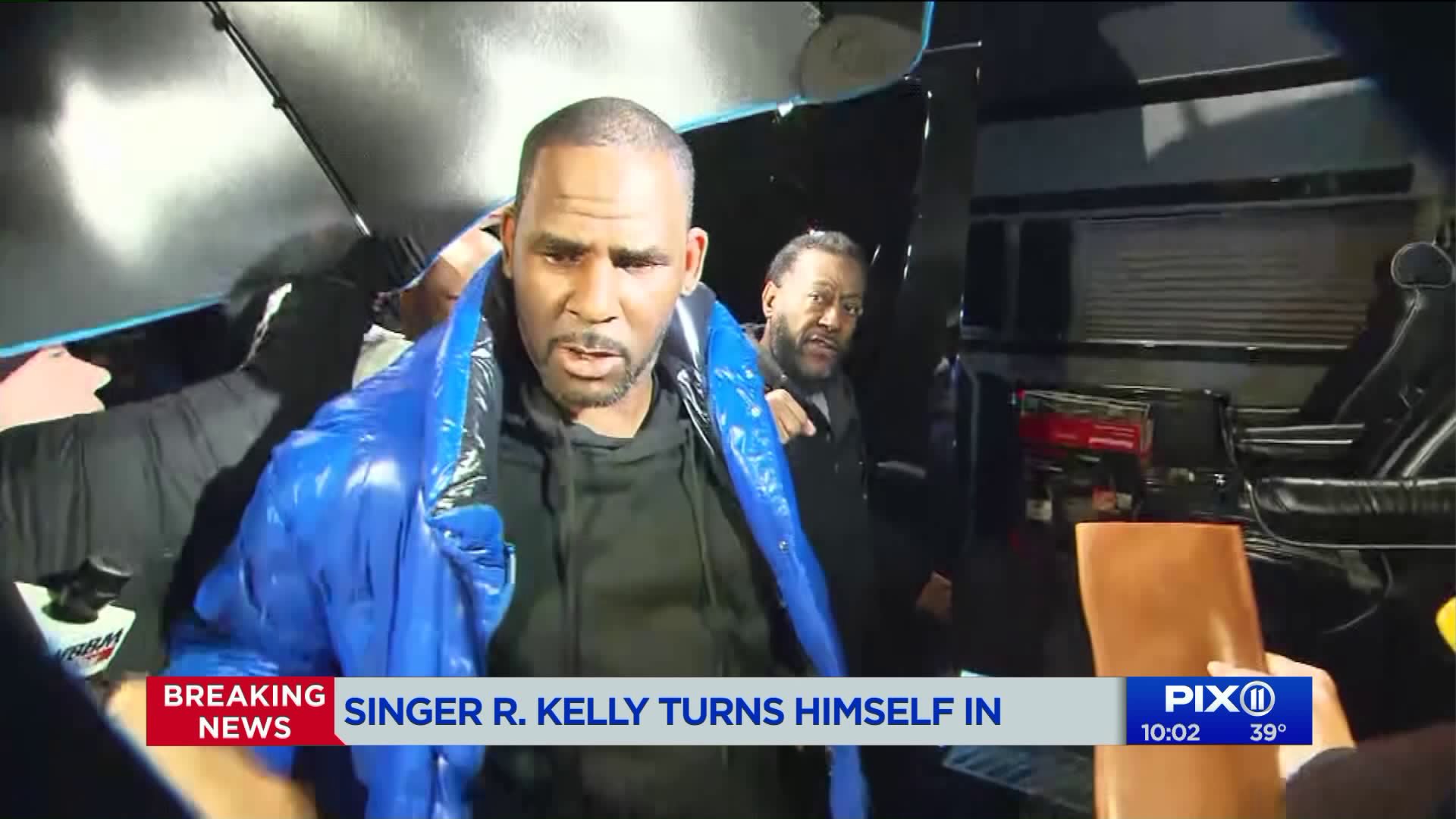 Singer R. Kelly left his recording studio Friday night to turn himself in to Chicago police. Earlier Friday the R&B icon was officially charged with 10 counts of aggravated sexual abuse. Kelly faces up to 70 years in prison if convicted.

Musician R. Kelly turned himself in to Chicago police Friday night after being indicted on 10 counts of aggravated criminal sexual abuse.

Kelly is scheduled to appear in court Saturday for a bail hearing. Arraignment is set for March 8.

A warrant has been issued for Kelly's arrest, Chicago police say. The charges handed up in an indictment from a grand jury span from 1998 to 2010, Foxx said.

If convicted, Kelly faces a maximum of seven years in prison for each count, meaning potentially up to 70 years behind bars.

Kelly has been associated with accusations of abuse, manipulation and inappropriate encounters with girls and young women for more than two decades.

He has strongly denied the accusations.

The indictment accuses Kelly of sexual acts with three children older than 13 but younger than 17. There is no age range listed for one of the alleged victims. The charges say Kelly used force or the threat of force.

Homeland Security Investigations is involved in an investigation of Kelly, an US Immigration and Customs Enforcement official said. The official did not provide any details. The news was first reported by the New Yorker.

A grand jury was convened in Cook County , Illinois, earlier this month in connection with new allegations against Kelly, two sources close to the case told CNN.

That came on the heels of attorney Michael Avenatti announcing he had handed over to the State's Attorney's Office a videotape that he said showed Kelly having sex with an underage girl.

Steve Greenberg, an attorney for Kelly, told CNN earlier this month he had not been notified of a grand jury. After being asked about the new tape, he said separately he and his colleagues were unaware of any new information involving Kelly.

CNN has seen the VHS tape that appears to show Kelly having sex with a girl who refers to her body parts as 14 years old.

The newly unearthed footage, which lasts 42 minutes and 45 seconds, is clear and explicit.

What is on the video mirrors some of the alleged acts for which Kelly was arrested in a child pornography case in 2002 when he was 35 and then acquitted six years later.

He has been sued by multiple women accusing him of having sex with them when they were underage. Most cases, with the exception of the trial where he was acquitted, have been settled out of court.

And while he is one of the most successful R&B acts in history, there has been a growing movement against him, including the #MuteRKelly campaign to stop his music being played.

In July 2017, BuzzFeed published an explosive article outlining allegations that Kelly was holding a group of adult women against their will as part of what some of their parents said was a "cult."

Joycelyn Savage, one of the young women, denied those claims and asked her parents , via a video shared with TMZ, to stop speaking out about her relationship with Kelly.

In January, the release of a docuseries called "Surviving R. Kelly" on Lifetime television helped boost the public campaign against him.

In that series, women said they were kept in abusive sexual relationships.