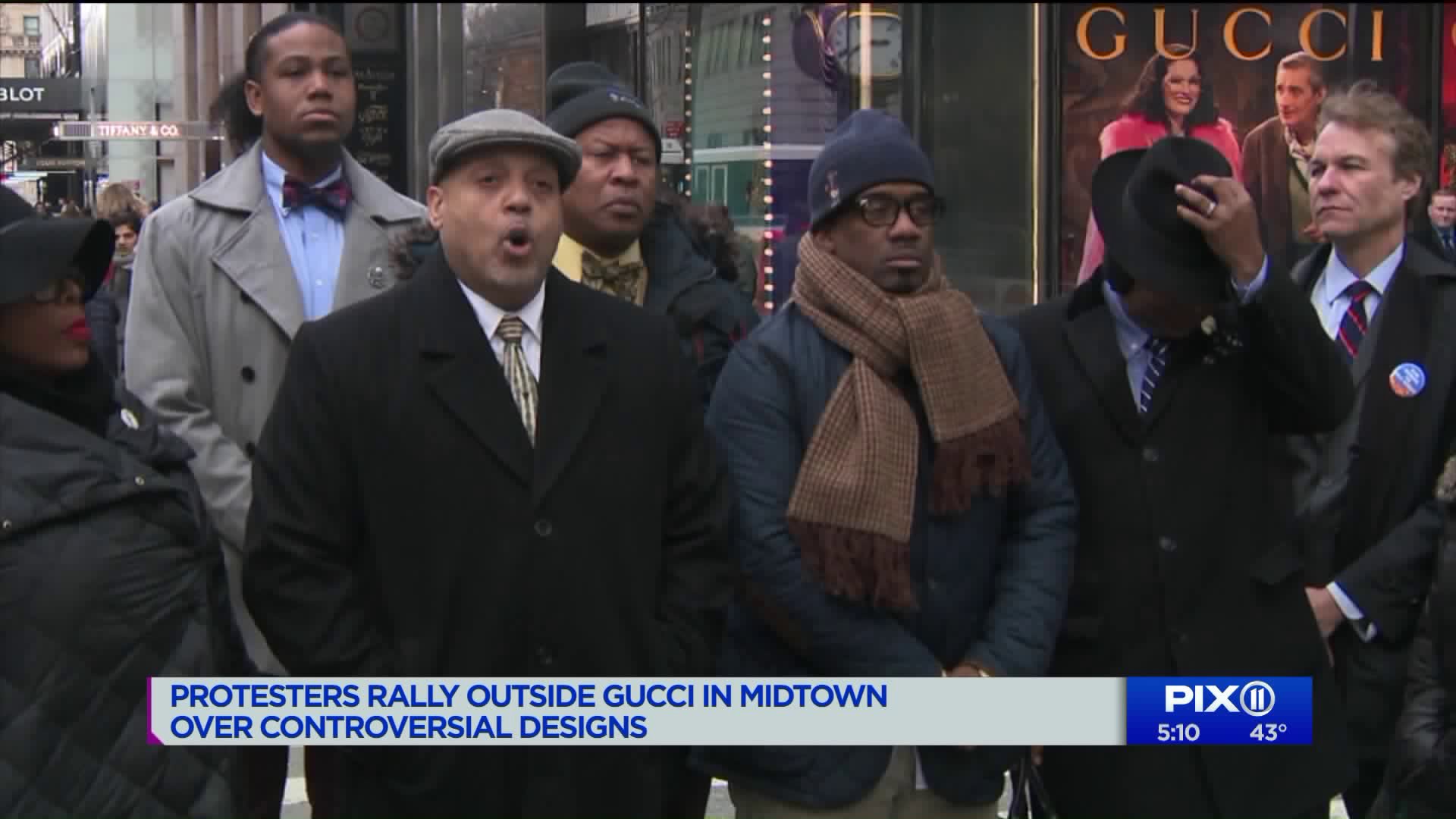 The National Action Network organized a protest and rally outside Gucci and other luxury stores on 5th Avenue Friday after mulitple brands have come under fire for clothing and accessories many say are racist and offensive in their design.

The rally, organized by the National Action Network, started outside the Gucci store, then moved onto the Prada store as well.

But protesters want to send a far reaching message loud and clear - to Madison Ave advertisers and luxury brand designers here and abroad - stop being tone deaf and insensitive.

Gucci has been in hot water for a sweater that resembles blackface - it looks like a black turtleneck that is worn up over the nose with a red lined cutout for the mouth area.

After outrage on social media called it offensive, the Italian designer apologized and tried explaining the look was inspired by "vintage ski masks.” The jumper retailed for $890 and has since been taken off the market.

Consumers weren't having it -- pointing out the sweater could be seen as a depiction of black face.

Gucci is not the only luxury designer under fire.

Then just this week Burberry drew criticism during London fashion week - when a model walked down the runway wearing a hoodie with what appeared to be a noose around her neck.

The British fashion house apologized and said the noose was part of the show's "nautical theme" but admitted it was insensitive and they made a mistake.

“We want policy changes we want to know what was on your mind,” said Derek Ferguson, with the National Action Network. “With our history of oppression, we will not tolerate it.”

NAN is calling for a boycott of these designers and they’re questioning how these designs even got onto the runway or into the market?